While there are different ways to classify the morphology of a galaxy, the one most often used is based on Hubble’s initial scheme, a sequence from spiral-like or disky galaxies to elliptical or spheroidal galaxies. Ling Zhu and collaborators instead use spatially resolved spectroscopic data to reveal the orbits on which stars move for galaxies in a wide range of stellar masses and use this information to make a new “Hubble diagram”.

Stellar orbits can be classified into ‘hot’, ‘warm’ and ‘cold’, depending on how circular or random-motion dominated they are. In this alternative cover for our March issue, we see a ‘heat’ plot of this orbit classification (right) and how it relates to the traditional morphology classification (left). At the top we have spiral galaxies, while at the bottom we have classic elliptical galaxies, with stellar mass increasing from top to bottom. Each row of the blueish ‘heat’ plot represents a single galaxy of the Zhu et al. sample and from left to right the probability of a certain type of stellar orbit is shown (darker blue means more probably).

The authors find, as expected, that ellipticals have a higher probability to show ‘hot’ orbits (seen as the bottom-heavy dark blue column roughly in the middle of the ‘heat’ plot), while spirals are dominated by ‘cold’ orbits (the top-heavy dark column at the far right of the plot). However, they also show that independently of their external morphology, all galaxies have a significant component of ‘warm’ orbits, as shown by the blue haze found between the ‘hot’ and the ‘cold’ parts of the plot.

The relative distribution of stars between ‘hot’, ‘cold’ and ‘warm’ orbits provides a new and important benchmark against which galaxy formation and evolution simulations can be tested.

Back to Gallery
Next 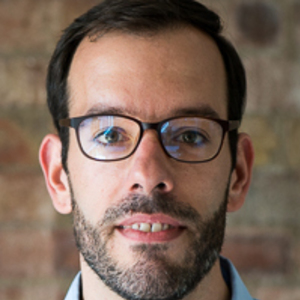 Maximilian N. Guenther
Thanks again, we've doubled our followers
Gallery, About the Community