Late last year, a paper from Guillem Anglada et al. presented evidence of a close-in dusty ring of material around Proxima Centauri… a Kuiper-Belt analogue, if you will, in a system which contains a (potentially Earth-mass) planet in its habitable zone. You can read my Picture Story on the paper here. However, a re-analysis of the same data by a group led by Meredith MacGregor has reached a different conclusion: Proxima Centauri underwent a significant flaring event at the same time as the ALMA Compact Array observations were being taken, giving the appearance of an excess of emission at the right wavelengths for a cold dusty ring at 1–4 au… but only for a minute.

In fact, MacGregor et al. also suggest that another slight excess of emission that Anglada et al. interpreted as warm dust orbiting at ~0.4 au might also be explained by stellar activity: the effect of coronal heating as a result of numerous small flares, similar to that seen in another nearby flaring star, AU Mic.

MacGregor et al. looked at all seven on-source scans of Proxima Centauri taken with the ALMA Compact Array over the period 21 January – 24 March 2017, noting that in all but the penultimate scan, there was no continuum source detected. Only in the 6th scan was a continuum source visible, with a flux density of ~100 mJy, more than a thousand times brighter than the star is in its normal quiescent state. Proxima Centauri is known to experience frequent X-ray flares, with bright events occurring every few days. Emission is produced across the star’s entire spectrum, although it has not been well-studied at the millimetre wavelengths that ALMA is sensitive to. The search for characteristics of Proxima Centauri’s planetary system goes on.

Paul Woods
Senior Editor, Nature Astronomy
Follow
I am the Nature Astronomy editor who usually deals with papers on stars, the interstellar medium, the Milky Way & the Magellanic Clouds and anything molecular. My background is in astrochemistry, looking particularly at star & planet formation, the Early Solar System, evolved stars and the dust content of the Large Magellanic Cloud. 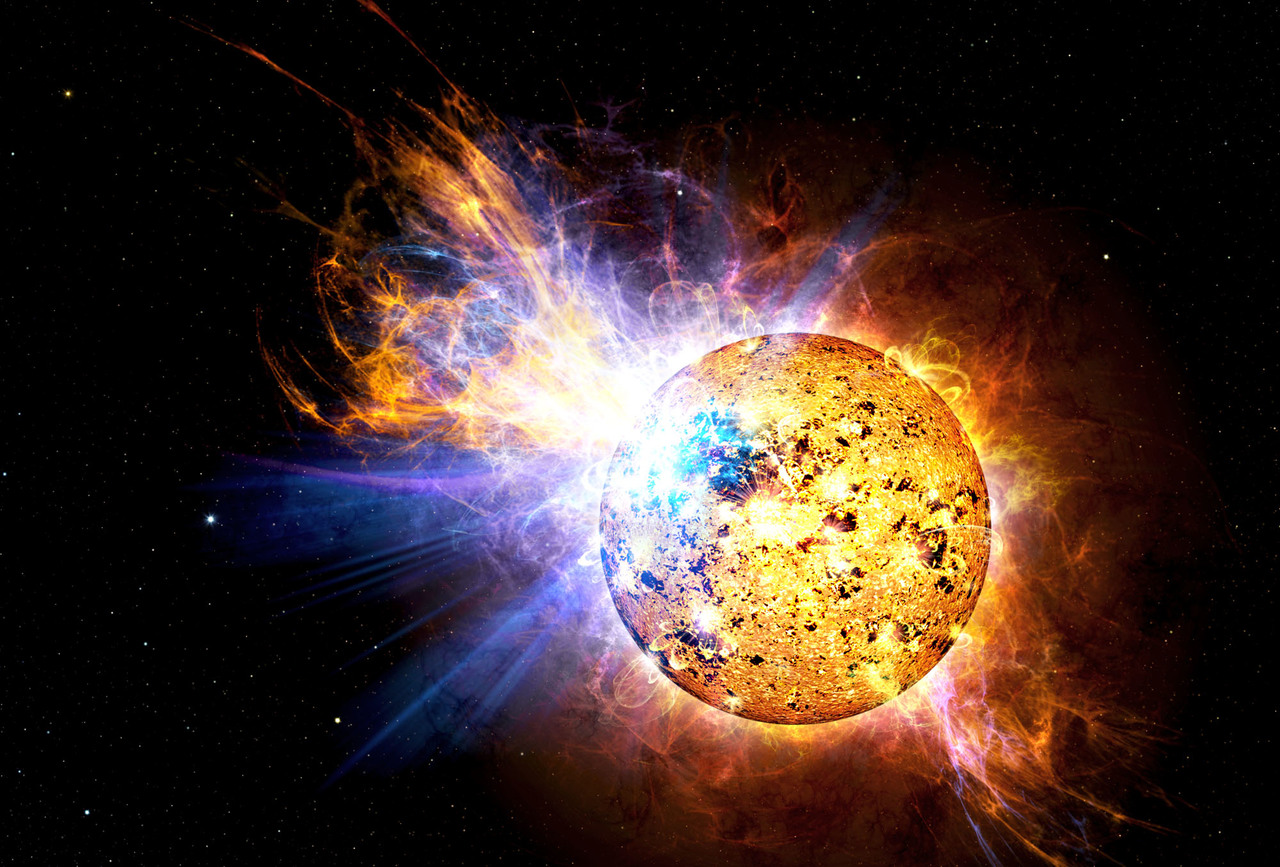