The distribution of water in the protoplanetary disk is poorly known. Primitive meteorites can help us trace the origin of water at the time and place of asteroid formation.
Laurette Piani
Post-doctoral fellow, CRPG - Université de Lorraine
Follow
Like

The paper published in Nature Astronomy can be found here: http://rdcu.be/ISdd

Where does the ocean water on Earth come from? The hypothesis of a late delivery, after the first stages of Earth formation by wet and carbon-rich small bodies (asteroids and/or comets), is often suggested. However, no consensus exists on the nature and breadth of this late supply and little is known regarding the distribution of water in asteroids and comets. Primitive meteorites such as carbonaceous chondrites can be used to investigate the distribution of water at the time and place of their asteroidal parent body formation, about 4.6 billion years ago. These meteorites come from asteroids that formed at temperatures low enough for ice to be accreted together with dust grains. The melting of ice on asteroids results in the formation of hydrated minerals that are able to preserve a record of the ice composition at the time of asteroid formation. By measuring the composition of these hydrated minerals, it is possible to provide an insight in to the composition and evolution of water in the early Solar System.

In this study, we selected CM-type carbonaceous chondrites that are among the most hydrated meteorites and resemble dust grains accreted on Earth during its formation.

We performed in situ analyses of hydrogen isotopes (H and D) and carbon (C) by using a new generation secondary ion mass spectrometer, the CAMECA IMS 1280 HR installed at Hokkaido University (Japan). Because hydrated minerals are intimately mixed with H-bearing organics at a sub-micrometer scale within chondrite rocks, the measurement of the hydrogen isotope composition of hydrated minerals is challenging. In our study, we analyzed both D/H and C/H ratios in different areas of the selected chondrites. Because the hydrous minerals are devoid of carbon and depleted in deuterium relative to the organic material, we were able to account for mixing between these two H-bearing phases during our analysis. Positive correlations between D/H and C/H ratios allowed us to extrapolate the D/H compositions of hydrated minerals in chondrites without any contribution of hydrogen originating from organics.

We found that the hydrogen isotopic composition of water ice accreted on CM-type carbonaceous asteroid(s) is about 1.5 times depleted in deuterium relative to ocean water. Such a low D/H ratio indicates the chondritic ice formed in the inner Solar System, unlike the D-rich water of the comet 67P/Churyumov-Gerasimenko, visited recently by the Rosetta mission (ESA). Among the six CM chondrites we studied, the Paris meteorite shows a significantly different composition. This meteorite is the CM-type carbonaceous chondrite that contains the smallest amount of water and hydrated minerals, with areas that seem to have almost completely escaped hydrous alteration by melted ice. In these areas, the D/H ratio of the hydrated minerals are higher than that measured in all the other CM chondrites or in the more altered parts of Paris itself. These results indicate that the Paris meteorite has recorded two different water isotope signatures: D-poor water as found in the other CM chondrites and a D-rich water, probably inherited from an outer part of the protoplanetary disk. This dual isotopic composition of water in Paris argues for large transfers of materials in the protoplanetary disk at the time of carbonaceous asteroid formation. 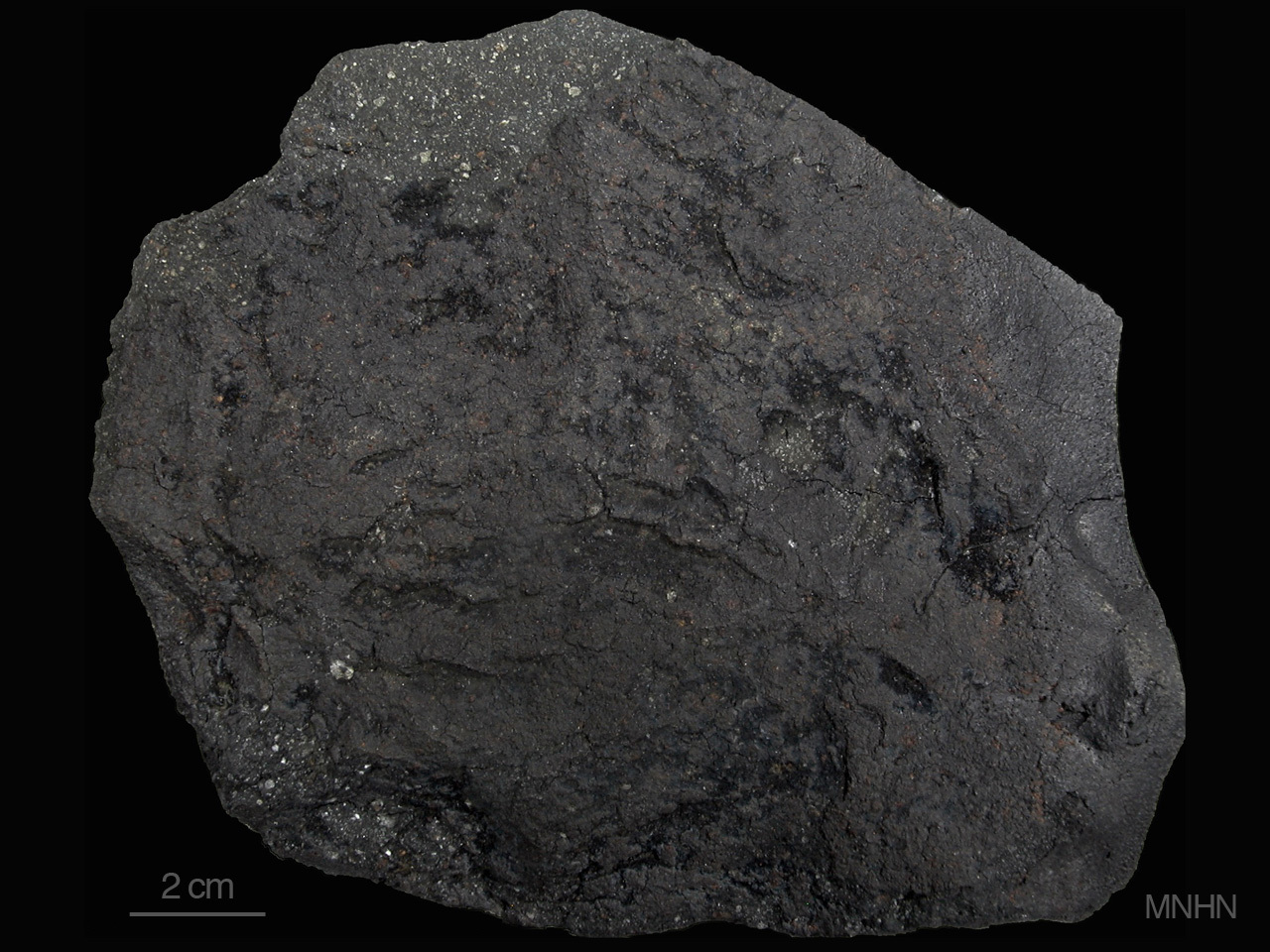 The distribution of water in the protoplanetary disk is poorly known. Primitive meteorites can help us trace the origin of water at the time and place of asteroid formation.