Neutron stars have long been a huge source of interest - since the discovery of the first pulsar 50 years ago by Jocelyn Bell Burnell, and previous to this when they were a mere prediction. They are superlative in the extreme, packing in the mass of our sun into a tiny volume the size of a city, making them the densest objects known. They have the strongest magnetic fields ever measured, and their gravitational forces come second only to black holes. Despite these extreme attributes, it still came as a shock when some powerful X-ray sources in nearby galaxies, known as ultraluminous X-ray sources, or ULXs, were discovered to be powered by neutron stars. These sources were so bright it was assumed they had to be powered matter falling onto a black hole.

The paper in Nature Astronomy is here: http://go.nature.com/2G4rKOP

When a compact object such as a neutron star or black hole grows by feeding on surrounding material, the material gets very hot and emits X-rays. The faster it feeds, the brighter the X-rays become. This X-ray radiation actually exerts pressure on the in-falling matter and eventually the outward force equals the gravitational pull, stopping the object growing any faster. This is known as the Eddington limit, and is directly proportional to the mass of the compact object. So the brighter a source is, the more massive it is presumed. That is why ULXs were thought to be black holes, since black holes are more massive than neutron stars.

The discovery, by Matteo Bachetti using NASA’s Nuclear Spectroscopic Telescope Array (NuSTAR), that a ULX in the galaxy M82 was in fact powered by a neutron star was made by the detection of coherent pulsations of X-rays that could only be produced by a rapidly spinning object. While black holes are known to have “spin”, they do not have a mechanism to produce such pulsations. The source had to be a neutron star, and that it was violating its Eddington limit by a factor of 100!

This discovery was followed by a period of intense theoretical work to figure out how this neutron star could power such a strong source of X-rays. Much of this work concentrated on the magnetic field strength. In standard neutron star theory, the in-falling material is channeled along the magnetic field lines onto the star through a column. In this way the radiation can escape out the sides of the column while the matter falls down it, relaxing the Eddington limit. But the power coming from ULXs challenged even this theory.

One way around this was to make the magnetic field even stronger, to a level possessed by magnetars, neutron stars with the strongest magnetic fields ever measured. These field strengths have the ability to reduce the outward pressure of the radiation allowing material to free flow onto the neutron star.

So when we found a strange absorption feature in the Chandra X-ray spectrum of a ULX in M51, the Whirlpool galaxy, and ruled out other causes such as an instrumental effect or absorption by atoms, we concluded we had found a cyclotron line. Not only did this reveal that the ULX was powered by a neutron star, but it offered the opportunity to directly measure its magnetic field. If the absorption was by protons, as we suspected, it would imply the magnetar-level magnetic field strength that was suggested by theory. The catch being we could not rule out absorption by electrons, which would imply a weaker field. While we are aiming to get more data on this ULX to say for sure which charged particle it is, this is an exciting find that sheds further light on mysterious ultraluminous X-ray sources. This result was published in Nature Astronomy on 26 February 2018.

Carbon is different on the Sun 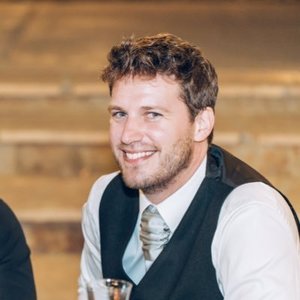