Pulsars were discovered 50 years ago, after being hypothesized to exist shortly before. We learned a lot about them in these decades, yet critical questions are unanswered. One of the most interesting features of pulsars is their multi-frequency spectral variety. Pulsars that look very similar in one band can be very different in another. For instance, from the hundreds of gamma-ray pulsars known, just a few show non-thermal X-ray pulsations. A few others pulse in X-rays, but lack a high-energy counterpart. Are their emission scenarios the same? What order parameters can be used to describe their spectral variety?

The paper in Nature Astronomy is here: http://go.nature.com/2oQ1BvK

The story behind this paper begins in early 2014, when Daniele Viganò started as a postdoctoral fellow in my group. Daniele is prone to tackling problems face-on and undertook my proposal to continue with work I had unfinished regarding pulsar spectral features and hidden assumptions in earlier models. We quickly end up focusing on something crucial: the effect that considering synchro-curvature radiation losses along particles’ trajectories would have on the predictions of pulsar spectra at high energies. Synchro-curvature is (unsurprisingly) a hybrid between synchrotron and curvature radiation, which are its limits. It happens when particles gyrate about a magnetic field line while sliding along it. Put otherwise, it is especially important when neither synchrotron nor curvature are significantly dominating each other. Whereas the pulsars' neighborhood is a proper environment for this, not many works had considered this radiative process before. Daniele and I presented the results of our research in a series of five papers in 2015. These went from obtaining refinements in the formal expressions for synchro-curvature radiation, to finally proposing using it (also with Jonatan Martin, who had just obtained his PhD in my group) a model that would explain the gamma-ray spectral measurements by Fermi-LAT. We believed that these results were nice, especially since gamma-ray pulsar spectra are already differing greatly from one another, and the model would make no distinction among pulsar classes.

Eventually, I realized that a similar model might have a more impacting application if used for understanding the gamma-ray pulsars that have (or have not) X-ray emission. Indeed, considering also the X-rays showcases much better the large spectral variety of pulsars and clarifies well the problems at hand. However, the model developed in 2015 was not ready to tackle all this, since among other technical issues, it lacked the ability of computing low energy fluxes. Could I extend it to overcome this caveat? And if so, would it work? My main aim was to investigate whether I could use a single spectral model of pulsars, disregarding the pulsar class, to describe not just the gamma-ray spectra, but also the spectral differences from X- to gamma-rays. I wanted to do this maintaining a low number of free physical parameters in the model, in order to make it useful. But how many parameters would I need to describe the main features in such an enlarged multi-frequency band? Which ones would they be? I run a great deal of kilometers with this and similar questions in my mind, and probably more thinking on more practical issues. It would take me several months to adapt the code, search for data, and apply it to all known X-ray and gamma-ray pulsars, finally finding the results contained in the Nature Astronomy paper.

Now I am especially interested on using the model to enlarge the X-ray pulsar population, finding new pulsars via theoretically-motivated searches with current X-ray missions, as well as pinpointing candidates for more sensitive telescopes. From the theoretical side, I think that the paper may open the gate to understanding pulsar phenomenology at even lower energies, perhaps explaining the non-thermal optical emission (and lack thereof) from pulsars. Finally, what the model still lacks is a concurrent light curve calculation and fitting. Putting together spectra and lightcurve in the framework of this work may prove to be a very fruitful avenue of future research, which I hope someday to transit. 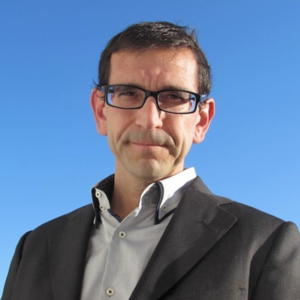