A new view of the black-hole binary Cygnus X-1

It’s 5 AM, July 12th 2016, at the Esrange Space Centre in northern Sweden - the walkie-talkie crackles to life: “Operations to science - what is your status?” - the reply comes quickly “Science is go!”. Other stations are polled in turn and then we hear “Operations to launch officer - you have the balloon”. Shortly afterwards, the moment we had been waiting for - our two tonne X-ray telescope climbs into the atmosphere suspended under a fragile million cubic meter helium-filled balloon.

...fast-forward to later that day and the balloon has reached 40 km altitude. The atmosphere is now sufficiently thin to allow us to observe the X-ray photons which started their journey 6000 light-years away at the black-hole binary Cygnus X-1. The data which appears in our paper was collected each day during the following week as the balloon is carried on the stratospheric winds from Sweden to Victoria Island, Northern Canada.

The PoGO+ balloon-flight in July 2016 - from launch to landing. Credit: SSC.

Comprising the first generally accepted black hole and a massive supergiant companion star, Cygnus X-1 is one of the brightest persistent sources of X-rays in the galaxy. The intense gravitational field of the black hole rips matter from the companion star onto a thin circulating accretion disk around the black hole. The disk is heated by friction and produces intense X-ray emission. Close to the black hole lies the corona - a hot, optically thin region where X-rays undergo Compton scattering on energetic electrons.

Current imaging instruments cannot resolve details of the binary system. The PoGO+ telescope has no imaging capability but, uniquely, it can determine the polarisation of incident X-rays, described by the polarisation fraction (%) and polarisation angle (degrees). X-rays become polarised when they scatter off the accretion disk with the details depending on the disk-corona geometry. The PoGO+ energy band is well matched to that of the flux reflected from the corona. PoGO+ discovered that only a small fraction of X-rays are polarised (<8.6% at 90% confidence level) and for these X-rays that the polarisation angle is aligned with the disk rotation axis. We interpret this as the X-ray emission not being influenced by the strong gravity of the black hole. This reveals that the accretion corona is an extended structure or lies far from the black hole - providing important new insights into black-hole binary accretion physics.

Arriving at this new view of Cygnus X-1 has been a long and, at times, frustrating journey - as experimental work often is. After spending a number of years working with telescope prototypes, and then building and calibrating the flight version, we turned our attention to balloon flights. Progress was not as straight-forward as we had hoped for. We experienced a failed balloon launch in 2011, a cancelled launch due to bad weather in 2012, and technical problems with the telescope in 2013 (moreover Cygnus X-1 was in an unfavourable spectral state, although we did manage to observe the Crab - but, that’s another story). We have certainly benefitted from the big advantage with stratospheric ballooning - that the telescope is returned to earth by parachute at the end of the flight, can be repaired/upgraded, and re-flown.

After a very successful balloon flight, resulting in the first polarimetric observations of both Cygnus X-1 and the Crab [Paper 1] [Paper 2] in hard X-rays, the PoGO+ project will now be retired. We are looking forwarding to taking on new challenges within the emerging field of X-ray polarimetry! 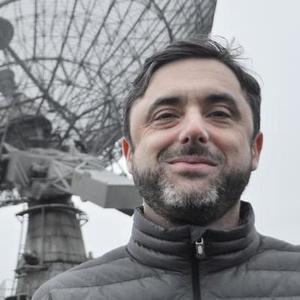