AME In The Sky With Diamonds

AME is Anomalous Microwave Emission - but what's anomalous about it, and what's the link to diamonds??

The paper in Nature Astronomy is here: https://go.nature.com/2sMDPmk

This was all a pure accident... science, eh? It started in 2007 when I won time to observe at the frankly awe-inspiring 100m Green Bank Telescope, to try to detect blackbody radio emission from large dust grains around young stars, that might be the seeds of planet formation. We also had time to try to detect radio emission from a giant exo-planet, so I took along Alexis Smith (then working on his exo-planet PhD, now at DLR, Berlin) to help. It was very very new stuff to us both ("but... it's raining?" said Alex hesitantly, as we headed for the control room the first night).

We got fabulous data on 25 young circumstellar discs, for which, um, 11 years later, the write-up is nearly complete! (Alex did the planet part in 2009, btw.) The snag was V892 Tau, which showed a distinct bump in the data. The Ka/CCB instruments, masterminded by the observatory's Brian Mason, give you 4 frequency points across the ~1cm waveband. Unlike a dust signal, this went up and then down. This really bugged me as a thing I'd never seen before, when the instrument calibration all looked perfect, and I wrestled over the years with ways to leave a frequency out in the dust analysis, in any way that made sense.

Fast-forward to 2014, when I did part of a sabbatical year at Manchester University. It gradually percolated into my mind that radio people work on a thing called Anomalous Microwave Emission, first seen with COBE, and with a very enigmatic mechanism or particle behind it, that peaks up at around 30 GHz. Nervously, I said to Anna Scaife - all-round good buddy, and expert on both AME and proto-planetary discs - "there's this bump in this GBT data, do you think there could be AME from circumstellar discs?". Not only did she not fall about laughing, she said she'd done a dedicated search for this! - with ATCA, in 2010, in a project with Dave Green from MRAO, Cambridge. "And maybe there were one or two promising ones..." said Anna as she headed out the door in search for data files, bits of paper, etc. "By the way," I called after her, "V892 Tau is a fun one, it has DIAMONDS in the disc!".

She came back with a data bump for MWC 297, a super-luminous star. "Huh," I said, "you know that's only got these diamonds too? The literature says this is super-rare, only three discs are known from infrared spectra to be nano-diamond hosts!". "Well there was one more AME-possible...", says Anna, heading out the door again. This time when she comes back with plots, it's HD 97048 - and that was the last, and only other known, nano-diamond host-star. I think we both went into shock at this in-your-face connection!

So yes, it turned out after a lot more work, nano-diamonds can be the carrier particle for AME in discs. In the form of carbon tetrahedra with hydrogen bonds sticking out, they have an electric dipole moment. Spinning (through collisions, probably) tens of billions of times a second, they can generate the microwave bump corresponding to the spin frequency. Anna did a proper statistical model for this (after recovering from the shock of finding I'd approached it in Excel - yes, this did work!). We also did a whole load more work on data checking, including going back to GBT for a bit of missing frequency coverage important to MWC 297. This very luminous star can be solved with similar-sized diamonds, but the spectrum is pushed to higher frequencies. I bothered Dave Frayer, who is the guru for the 4 mm receiver - a waveband scarcely ever done as it hugs a strong atmospheric absorption feature. Dave heroically not only agreed to support our DDT request, but wrote scripts for data acquisition and reduction just for this one observation. I think we're publishing the only 4mm continuum observation of a protoplanetary disc ever!

So now we have a carrier particle for AME, that can work in the very well studied environments in proto-planetary discs, and so hopefully push our understanding forwards. As nano-diamonds show IR absorption in some interstellar sightlines, I'm keen to see if they could also correlate with the AME sightlines seen by COBE and Planck. Past work on this has shown that polycyclic aromatic hydrocarbons (previously much favoured as dipoles) don't correlate as well as hoped. So my MSc student this summer has just started work - as I write, Jasmine Gabriel is  heading for the library and telescope data-archives - to see if we can test this alternative idea.

So that is the story of a fluke discovery - with another aspect that makes me smile. I work at Cardiff University, which has a great Data Innovation Institute and a focus on 'big data' generally. GBT and ATCA do obtain and archive huge amounts of data on the super-faint radio sky - but the chunk that bothered me for a decade about V892 Tau really isn't big (see screenshot: columns are log-frequency, data, error). I checked and it's EIGHTY-ONE BYTES - probably not 'big' data even if you go back to the era of astronomers scribing on clay tablets!  :-) 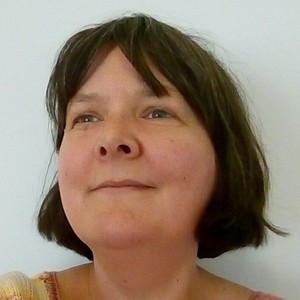 Paul Woods over 2 years ago

Awesome! Such a good story behind this paper!