After all, `Oumuamua is an interstellar comet

`Oumuamua is speeding through our Solar System on an interstellar orbit. By analyzing the data collected over the few weeks during which it was observable, it was possible to learn quite a lot about its nature. Our latest finding: deviations to its orbit show it is a comet!

Links to the original paper about `Oumuamua's discovery and its characteristics, and to the new paper on its cometary nature.

We were extremely lucky to discover 1I/`Oumuamua in October of last year. The object was very faint and could have easily been missed. Fortunately, the Pan-STARR1 telescope got it, and Marco Micheli and Robert Weryk realized very quickly that there was something weird with its orbit: it is highly hyperbolic! In other words, it does not orbit around the Sun: it is just briefly visiting the Solar System and was already leaving us at the time of discovery.

What followed was an intercontinental scramble to secure as many observations as possible of this very faint and very fast-moving target before it became too faint. Our team  –and others– observed it with all large telescopes over the following month. It became immediately obvious that the object had no extended dust like comets. The first consequence was to re-classify it from its temporary designation as a comet into an asteroid. The second was a moment of intense doubt: While nobody had ever seen an interstellar object (ISO), we expected the first to be an interstellar comet. Our understanding of the planetary formation processes suggests that many, many more icy bodies (comets) than rocky ones (asteroids) should have been ejected from the Solar System, wander in interstellar space, and eventually cross a planetary system, thereby becoming an ISO for an observer located there. Furthermore, when coming close to a star, comets eject a lot of dust (eventually forming a tail), making them brighter much easier to spot than inert asteroids. Overall, the odds to detect an interstellar asteroid instead of an interstellar comet were minute. Have we been extremely lucky to find a one-in-ten-thousand object? Or is there something fundamental that we misunderstood in the early Solar System?

While we collected and analyzed more data, the International Astronomical Union reclassified it again, this time acknowledging its interstellar nature. IAU also accepted the name we had proposed: the object became officially 1I/`Oumuamua, combining its status as the first interstellar object, with the name indicating it is the first messenger from a remote place in time and space. The data indicated that `Oumuamua's surface is red –reminiscent of the colour of the comets. It also showed gigantic light variations, by a factor of 10! Combining data from various groups using many telescopes over the whole period of observability, and with the help of Mike Belton (the veteran world-specialist of comet rotation), we realized that the object is not gently rotating, but rather wobbling like a top. Sadly, this would be the last project with Mike, who passed away a few weeks after publishing these results. The most likely shape for the object is a very thin, elongated cigar, but the data cannot rule out a flat tumbling pancake.

As the object was receding and getting fainter and fainter, we got some final observations with the Hubble Space Telescope. The goal was to refine the orbit, to be able to rewind it accurately and pin-point the origin of `Oumuamua's home star system.

Computing the motion of the object, we reached the shocking conclusion that `Oumuamua was not moving on a purely gravitational orbit. Marco Micheli, one of the world's most careful astrometrists, together with Marc Buie, who masters the art of astrometric measurements of Hubble images, and with Davide Farnocchia converting the measurements into an orbit, double and triple-checking the results: `Oumuamua is deviating from its expected orbit.

We carefully checked many plausible explanations, and the most likely conclusion is that the object behaves like a comet. After modelling the cometary activity, we realized it fits the observations, and that the amount of gas emitted would have escaped detection. The object must have released only a small quantity of dust, probably in the form of larger grains which are hard to see.

So `Oumuamua is a comet –a tiny one, with perhaps a different chemistry and a weird shape, but coloured as our Solar System comets, and outgassing like our comets. So, we were indeed lucky to find it, but we did not need to be outrageously lucky to find an interstellar asteroid. 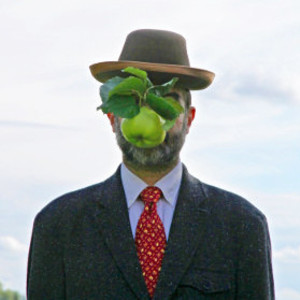