Lifting molecules off the grains with X-rays

Photodesorption, the process by which a molecule frozen on a dust grain is detached after absorption of a photon, is one of several mechanisms that can drive the interplay between gas phase and icy mantles in the interstellar medium. Photodesorption by UV photons, which are ubiquitous in the ISM, is both well studied experimentally and well implemented in models. But what of these regions that can also be illuminated by X-rays? In this paper we bring insights from the laboratory on how X-rays can also play a role in releasing molecules from grain mantles.
Rémi Dupuy
PhD, Sorbonne Université
Follow
Like Liked by Paul Woods
0

The paper in Nature Astronomy is here: go.nature.com/2L9AOaH

The idea of exploring photodesorption by X-rays had been floating around in the team before I even started my PhD. After years of working on bringing experimental values and insights on UV photodesorption processes to the astrochemistry community, exploring the X-ray range was an interesting way to broaden our scope. However, we had little notion of whether X-ray photodesorption could play a significant role in astrochemistry before starting the experiments. We knew there were X-rays in various regions of the ISM, we knew they played an important role, but what about the photodesorption process specifically? This paper provides the beginning of the answer, and the ball is now in the modelers' camp. Nonetheless, besides the potential astrophysical interest, exploring the X-ray range promised exciting new physics as well, and thus we applied for and obtained beamtime on a soft X-ray beamline (SEXTANTS) of the SOLEIL synchrotron.

These experimental runs were meant to be exploratory. After exploring the literature, we hoped to be able to detect neutral molecules –but as the efficiency of the process was unknown, nothing was certain– as well as ions –using a brand new ion detector which had been well tested but never used for these kinds of measurements before. We had a new beamline to discover, and new physical concepts to digest: finding things that had not yet been found was obviously the goal, but any “preliminary” result would already have been a success.

Besides, synchrotron runs are often very exciting but also quite stressful. The most stressful part for us is certainly the first step before the runs: the part where we load our ultra-high vacuum chamber and all its expensive and fragile equipment in a truck, bring it from the lab to the synchrotron, and install it on the beamline. When you do this kind of move, you have no idea whether everything will actually work when you try to turn it on again - in fact, our infrared spectrometer stayed dead for the whole runs, although thankfully it was not essential to our measurements! Even though the team now has a lot of experience in moving the chamber to the synchrotron, it is still a step where a lot can go wrong, and considering how precious beamtime is, we felt a lot better once everything was in place. At this point, I need to thank the people of the SEXTANTS beamline who helped us a lot when we were setting up. Their beamline is also very user-friendly!

The experiments went unexpectedly well. Ion signal flared up on the mass spectrometer as soon as we sent the beam on our first ice sample. Catching signal of neutral molecules required a bit more work but soon enough we had it as well and we were ready to systematically explore the numerous species we were detecting. The 5 days of the runs (synchrotron runs are 24/24, so we relay each others for sleep and it's quite intense!) flied by and we ended up with a nice amount of data.

After some due rest and long sessions of data treatment, came the time to write the paper and assess whether what we had was important for astrochemists. As experimental physicists with no direct expertise in astrochemical modeling, this is always a bit difficult. Going through the literature, I went through several highs and lows of enthusiasm… But in the end we concluded the results on water photodesorption were interesting enough to be submitted to Nature Astronomy. We are quite happy with the end result, especially after the reviewers’ comments, which helped to give a better astrophysical context to the paper. Some rough estimations we made lead us to believe the X-ray photodesorption process could indeed play a role in the physics and chemistry of e.g. protoplanetary disks. This is not certain, but now at least the data that allow to assess that exist! 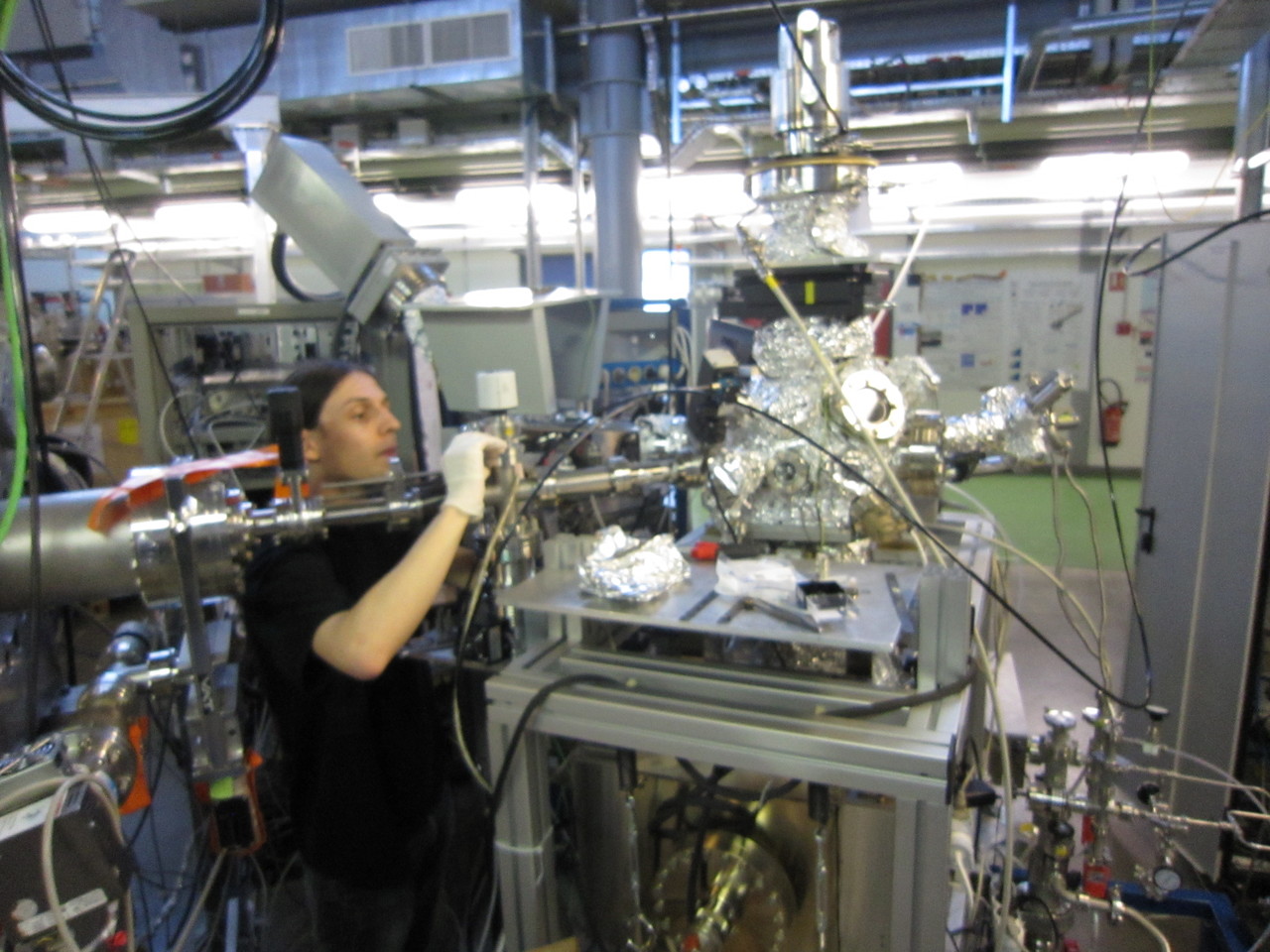 Lifting molecules off the grains with X-rays

Photodesorption, the process by which a molecule frozen on a dust grain is detached after absorption of a photon, is one of several mechanisms that can drive the interplay between gas phase and icy mantles in the interstellar medium. Photodesorption by UV photons, which are ubiquitous in the ISM, is both well studied experimentally and well implemented in models. But what of these regions that can also be illuminated by X-rays? In this paper we bring insights from the laboratory on how X-rays can also play a role in releasing molecules from grain mantles.