Some science advances come as the result of patiently grinding, working towards the proof of long-discussed ideas, through careful and deliberate analysis. Some results appear like magic, leaving you winded, with a dry mouth and a racing heart. This was one of my magic science moments.

The full Nature Astronomy article can be found here.

I’ve been studying the auroral regions of Jupiter and Saturn for about twenty years now. This region is fascinating to me, because it lies at the interface of two vast, powerful regions within each Gas Giant: the atmosphere, which extends down to depths we cannot measure, with the deepest weather systems providing mysterious hints at what lurks beneath; and the magnetic field, which extends out into the surrounding space and interacts with the Sun and the planet’s moons, driving powerful currents into the atmosphere. My work investigates the ionosphere, the thinnest sliver at the top of the atmosphere where this interaction occurs, shimmering between magnetic field and atmosphere, like a TV screen powered by a particle accelerator.

A beautiful infrared view of Jupiter’s southern aurora as captured by NASA's Juno spacecraft on August 27, 2016.

Shortly before I started my PhD, my supervisor and his then-student produced a coarse map of the entire ionosphere of Jupiter, from the bright aurora at the poles, all the way to the equator.  Their map shows an ionosphere dominated by the aurora, with only slight variations elsewhere. And so, partly as a result of this lack of detail in the non-auroral regions, our community’s interest in Jupiter’s ionosphere has been equally distributed, focused on the bright, dynamic and complex aurora.

This map of Jupiter’s ionosphere was redrawn from Lam et al. It was published two decades ago, but has remained the most detailed map of the equatorial region until now.

In preparing for Juno’s arrival at Jupiter in 2016, I began to consider what research I could do to help predict what the spacecraft might see. I started working with images taken from Earth during the Galileo mission between 1995 and 2000. Looking back, I remembered meeting Jack Connerney and Takehiko Satoh up the mountain at Mauna Kea, during my first trip to the Hawaiian telescopes, as they made some of these observations. During those six years they took nearly 14,000 images of Jupiter. It’s an amazing dataset, and Jack used it to measure Jupiter’s aurora and model the planet’s magnetic field.

One image of Jupiter, taken from the catalogue of nearly 14,000 used in our recent study.  Here, Jupiter’s northern aurora is clearly seen – far brighter than the equatorial regions.

I decided to try and calculate the average auroral brightness at Jupiter, and perhaps understand how the aurora changed with its angle to the Sun – at Earth the aurora are controlled almost entirely by the Sun, but at Jupiter the Sun’s influence is far more complex. But to combine the images into an auroral map, I first had to go through the entire dataset and individually fit the limb of the planet to every single image.  Each image took about 5-10 seconds to complete – a figure which suggests that I must have spent about 30-40 hours fitting limbs by hand although I didn’t keep track over the months I was working on it. As the mammoth task slowly dragged on, with evenings spent clicking on images while watching TV or listening to music, I lost all faith in my idea.  I couldn’t see how the resultant map at the end would be worth the long evenings it was taking. But every time I despaired, something still itched at the back of my head. Despite the complaints to friends and loved ones, I couldn’t stop.  Something about the dataset drove me onwards, with reluctant acceptance that it was something I just had to finish.

After finally finishing the entire process, I realised that a weird dark spot I had seen in some of my spectral observations also appeared in the sub-auroral region of the planet.  Finally, a result from the madness of the past months – I was able to use the data to show that a feature we described as the Great Cold Spot had been around for at least 15 years, a result we published last year.

One of the figures in that paper was particularly galling to me, because the Great Cold Spot was positioned on a region that sat between the bright aurora and the dark equator.  And on top of the dark equator was lots of moderately bright reflected sunlight, which didn’t affect our result in any way, but did make our map distractingly misshapen.  So, I decided that I would just attempt to remove the reflected sunlight, so that the equatorial region would be nice and smooth, homogenous and plain, and then the Great Cold Spot could be seen in all its glory.

Our map of the global ionospheric brightness showing the Great Cold Spot in the top left.  All along the equator, two bands of clouds in the lower atmosphere are reflecting sunlight, forming two strips of light across all longitudes.

I subtracted the data and this is what I saw:

Our map of Jupiter’s ionosphere.  The aurora at the poles are so bright, they are entirely saturated here, leaving only bright and dark regions across the equatorial region.

I sat slack-jawed, staring at my monitor, forgetting to breathe, not quite believing what was revealed.  I could see all the bright and dark spots, but all my attention was focused on what we came to call the dark ribbon, a sinusoidal thin dark feature oscillating around Jupiter’s equator. My brain started cycling: "Is that real?! It looks like a little worm! That has to be the magnetic equator! What else could it be? There isn’t anything else it could be, it’s basically impossible! Why would the equator make the ionosphere dark?! Is that real?!!"

All the questions aside, I knew exactly what I was seeing – Jupiter’s ionosphere was anything but the plain and smooth place we all thought it was, but was instead a detailed and intricate map, telling the story of how the magnetic field touched on the top of the atmosphere.

It took nearly two years, long years grinding out detailed models of how light reflects within the instrument, validating our removal of the reflected sunlight, studying how mapping might cause corruptions in our data, and trying to interpret the latest magnetic measurements from the Juno spacecraft, until I had managed to convince my co-authors, and then the peer reviewers, of what I saw in that moment.

And now the discovery of the dark ribbon, and the way it reveals the path of the magnetic equator has finally been published in Nature Astronomy.

Exactly what causes the dark ribbon remains a controversial topic. In the paper, we describe a prediction made two decades ago by Nick Achilleos, back near the start of his career, in his grand Jupiter Ionosphere Model paper. In it, there is a single paragraph that he may have written and forgotten, that none of the rest of the community particularly thought about for 20 years, but that closely predicted what we see.

Although this is my preferred explanation, I’m not sure my co-authors are as convinced, and each has their own alternative theory. The dark ribbon was so surprising, we still scrabble to explain it, and I’ve heard many wild theories in the dark recesses of conference halls, bars and restaurants in the last year.

This speculation makes that moment of magic, and the months of repetitive work that lead up to it, and those of careful confirmation that followed, all the more meaningful. Because, of course, this result wasn’t just a moment. Our work towards understanding what is driving changes in Jupiter’s ionosphere will take years, perhaps decades. Long after Juno finally crashes into Jupiter, we will be able to ‘see’ Jupiter’s magnetic field from Earth; we will watch it as it changes and it will tell us more about the space environment around the planet and what lies beneath. It’s rare when science lets us unveil a secret from the universe, but it’s that privilege that drives us, that forces us through long nights of doubt, in hope that we will see it once again. 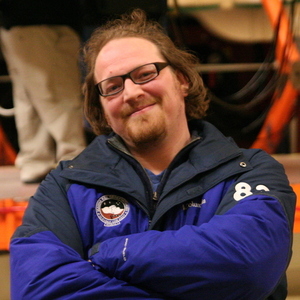