The first identification of a radioactive molecule, 26AlF, reveals guts of a star torn apart centuries ago in a stellar collision. The discovery sets a direction towards identifying the most relevant Galactic factories of the 26Al isotope.

The paper in Nature Astronomy is here: go.nature.com/2OrVQze

It was one of my long night shifts on the APEX telescope in the Atacama Desert where I served as an on-duty observer delegated from MPI for Radio Astronomy in Bonn, where I worked at the time. I observed deuterated molecules for one of my colleagues in yet another star-forming region but at some point the primary target was ascending to too high an elevation, where telescope pointing is inaccurate, and the observations had to stop for 30 minutes or so. I decided to use this dead time to observe one of the objects on my "Weirdos List": my collection of coordinates of unique and poorly understood stars which could be potentially detected at submillimeter wavelengths hoping the submillimeter spectrum would allow us to understand their nature. Usually, I get nothing exciting from observing these weirdos, so I was not expecting much when I entered the "observe" command for CK Vul, a nova-like object seen in outburst 1670-72 in Europe. A few minutes later, boom! My adrenaline levels went high when after averaging the few first scans the screen displayed a strong broad line at the frequency of the CO 2-1 transition. We hardly ever see lines this broad (~400 km/s) for a Galactic source. To eliminate the possibility of a problem with the receiver, I immediately repeated the observations with a slightly different instrumental setup and confirmed that the CO line was real; I even began to see other weaker features arising in the noise as the scan counter was going up. My 30 minutes were over and I had to go back to observing the star-forming region. I immediately knew, however, that CK Vul was an extraordinary source and passionately described the news to Karl Menten, who was then my boss and also the PI of APEX. In a way, I made my DDT request to observe more of CK Vul very directly-- while looking at the director himself in his pajamas. Fortunately, Karl is weirdo-friendly, and we were back on CK Vul collecting spectra almost every night for the next week or so, discovering molecular transitions all over the submillimeter range. That chilly night at Atacama is certainly the highlight of my astronomy career. I always envied observers (including Karl) from late 1980s and early 1990s that they could discover all those then-new submillimeter sources. I also had the conviction that all the interesting submillimeter sources had been identified long time ago and were already well-studied. I was never happier to be proven wrong!

Subsequent observational campaigns at APEX and IRAM 30m telescopes showed that CK Vul is a rich millimeter and submillimeter source with spectral lines from many molecular species. Our data revealed a most unusual chemical composition: the inventory of molecules indicated signs of both carbon and oxygen-driven chemistry; at the same time, the source appeared extremely enhanced in isotopes that are rare in normal cosmic matter, most noticeably in 13C, 15N and 18O. In two papers (in Nature and in A&A), we studied this composition in detail and showed that the unique isotopic ratios can be explained, if the observed material was once taking part in nuclear burning inside a star but was later violently dispersed into a circumstellar envelope in a stellar collision that led to a merger. The very reason CK Vul was on my "to observe" list is that the observed characteristics, as described in historic records, were similar to these of "red novae", a group of contemporary optical transients believed to outburst in a stellar merger. The most famous case of a red nova is perhaps V1309 Sco which erupted in 2008. For years before the eruption, it had been observed by OGLE as a contact eclipsing binary whose period was clearly decreasing: we saw directly an orbital decay, or spiraling-in, of a binary leading to a merger.

In case of CK Vul, however, how do you convincingly show that a binary merged, hundreds of years after it happened? The isotopic composition seemed to provide strong support for this hypothesis but in case of CNO elements the variety of nucleosynthesis scenarios one can consider is overwhelming and the evidence for an ancient collision we had collected thus far, although strong, was not straightforward. The desired extra support for the merger scenario came by surprise with a serendipitous observation of an even rarer and unstable ("radioactive") isotope 26Al, which we describe in our recent paper in Nature Astronomy.

Years before the submillimeter detection of CK Vul, Karl and myself had searched for molecules containing 26Al in numerous evolved stars but had not found any traces of these radioactive species in the most obvious candidates. The search was only possible with calculated line positions kindly provided to us by Alex Breier and Thomas Giesen, lab spectroscopists with astronomical interests, who are coauthors of the Nature Astronomy paper. When I was trying to identify all spectral lines in the rich spectrum of CK Vul, I easily found lines of aluminum fluoride (AlF), which is not a common molecule even in the best studied evolved stars. With strong emission from an Al-bearing species, I thought, there was a fighting chance to check for the presence of the 26Al isotopologue. With the line positions from Alex and Thomas, I was able to identify two lines as belonging to 26AlF. In the following years, we secured interferometric observations at ALMA and NOEMA which confirmed those first identifications and eventually four transitions were observed, leaving no doubt about the presence of this radioactive molecule in CK Vul. The process involved at least five different DDT requests but I am not sure how many of them were read in pajamas.

The presence of 26Al with the mean-life time of 1.04 Myr was not anticipated in the stellar-merger remnant. With Romuald Tylenda and Amanda Karakas, we tried to identify a scenario in which 26Al would be produced at the observed abundance. This isotope is thought to be produced in massive stars and classical novae but the abundances of the CNO isotopes and overall observational characteristics of CK Vul definitely do not match these classes of objects. We know, however, from earlier studies, that mergers of binaries are most likely to occur in systems involving a red giant branch (RGB) star whose evolution off the main sequence may trigger the orbital decay. The V1309 Sco system contained two such stars before they merged in 2008. An inspection of models of the structure of RGB stars led Romuald to the conclusion that those giants produce more than enough of 26Al.  However, in a single undisturbed star this storage of radioactive aluminum is trapped close to the stellar core where no mixing mechanism can reach and there is no chance to dredge it to the surface. A violent collision with another star, however, can disperse a small part of the 26Al layer into the circumstellar medium. This must have happened in CK Vul in 1670, so that today we can see the radioactive guts of a star that had a violent neighbor. The observation of 26AlF in CK Vul not only supports the hypothesis of a merger but also indicates that the merged binary contained a solar-mass giant. Furthermore, the observation of 26Al in a merger remnant may have consequences to our understanding of the Galactic production of this nuclide, as we emphasize in the Nature Astronomy paper. We plan to look for other active producers of 26Al among more massive stars.

What other "radioactive molecules" can we expect to observe in the near future at submillimeter wavelengths? How about 14CO? Stay tuned.

(Thanks to Karl Menten and Elaine Watson for editing an earlier version of this post. ALMA image credit: ESO/Y. Beletsky) 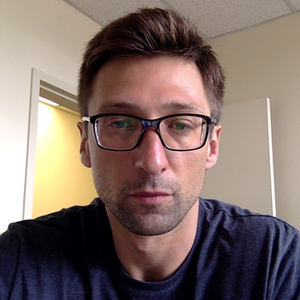