A community from Nature Research
Contributor
News and Opinion, Gallery

Celebrating the Birth of a NuSTAR

My work at the University of Southampton involves the obscured accretion of supermassive black holes located at the centres of galaxies outside of the Milky Way, known as Active Galactic Nuclei (AGN).  AGN emit radiation across the entire electromagnetic spectrum, including broadband X-rays.  However, growing evidence has emerged over recent years that the vast majority of AGN are obscured behind thick layers of gas, and I'm particularly interested in a subset of these known as Compton-thick AGN.  Compton-thick AGN are accreting supermassive black holes that are so buried in obscuring material that the majority of the X-ray emission we are able to detect has been reprocessed by the obscurer surrounding the black hole. Each X-ray photon is primarily emitted from very close to the central object, and change energy after every interaction with an atom in the obscuring material until they are either absorbed or escape.  The higher the energy of the initial photons, the higher probability of escaping and being detected.  Hence, observations in high-energy X-rays are an efficient tool to study the most obscured accretion in the Universe.  Other than inferring the level of obscuration around a source, the unprecedented precision of NuSTAR enables us to additionally infer how bright the hidden black hole is, as well as how fast it is accreting.  Such properties may hold the key to determining how these systems have evolved and grown since their creation.

However, Compton-thick AGN can be so obscured by material that the reprocessed emission in high-energy X-rays starts to be depleted. NuSTAR is the only facility with enough sensitivity to detect a substantial number of such Compton-thick AGN that were previously either too faint for study, or completely unknown.  I am currently involved with a NuSTAR Extragalactic Legacy Survey named 'NuLANDS', for which NuSTAR is providing the hard X-ray data for the X-ray-faintest AGN in the sample, many of which are predicted to be heavily obscured (for more information, see here).  The full NuLANDS sample is uniquely predicted to be representative of AGN obscuration relative to the entire AGN population.  So far NuLANDS has found a high proportion of Compton-thick AGN, the detection of which NuSTAR is uniquely suited.  The NuSTAR observations carried out for NuLANDS together with a multitude of other soft X-ray observations will enable a census of AGN obscuration and activity in the local Universe.

My research is but a small slice of the full cake of observations carried out and planned with NuSTAR.  The unique capabilities of the facility, in combination with other instruments designed to study different regions of the electromagnetic spectrum has enabled analyses that were not believed possible a few decades ago.  To celebrate the successful 6 years NuSTAR has spent in orbit, I baked a chocolate and lime layer cake (pictured) for the Astronomy Group at the University of Southampton (complete with a scale fondant NuSTAR on the top!), for us to celebrate and consider the exciting discoveries yet to be made in the foreseeable future.

Back to Gallery
Next 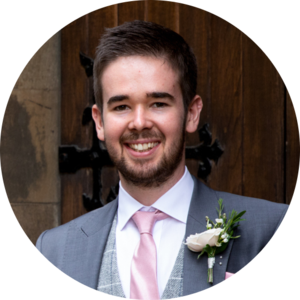 Postdoc, Astronomical Institute of the Czech Academy of Sciences

I'm a postdoc at the Astronomical Institute of the Czech Academy of Sciences in Prague, studying obscured accretion of supermassive black holes located at the centers of galaxies outside of the Milky Way, known as Active Galactic Nuclei (AGN).
Follow

+1
Paulo Montero-Camacho and 1 other
Photo competition
Editor
From the Editors, Gallery