Seeking the one from millions

I was told that the Milky Way has more than 100 billion stars. This is so vast a number that many people cannot even imagine. Nobody has ever counted every single one of them, astronomers, however, are able to capture millions of their spectra through the telescope. LAMOST is currently the most powerful spectra collecting telescope in the world, contributing more than one million spectra to the astronomy community every year. It is like a huge treasure box to the hunters who seek for revealing the mysteries of our universe.

LAMOST is a 4-meter (effective aperture) survey telescope located at Xinglong, China. It can capture 4,000 spectra in just one exposure. I have always been wondering what people can do with such a vast number of spectra. Despite brilliant astronomers worldwide make remarkable progress every day, I believe that there are still large amount of secrets hidden in those data waiting to be spotted.

Searching for lithium-rich giants is an interesting topic to us. Lithium is one of the key elements that connects the Big Bang, interstellar medium and stars. The evolution of lithium has been widely studied in modern astrophysics, whereas the understanding to lithium is still quite limited. The lithium-rich giants show great potential of revealing the origin and evolution of lithium inside stars. In addition, they are quite rare, which can be perfectly balanced by the large amount of spectra from LAMOST.

The idea was actually quite simple at the beginning. We planned to check the strength of lithium resonance line at 6708 angstrom by measuring its equivalent width. Since this line cannot be detected in LAMOST low-resolution spectrafor most lithium-normal stars, its strength can be used as the criterion of picking out the lithium-rich candidates. This idea seems fine for the spectra with high signal-to-noise ratio (SNR), but did not work well for the spectra with low SNR. In such case, we have to check up the spectra by eye. That was really a tough and boring job given the relative large number of the spectra. Although the candidates selected by computers are sufficient enough for our further studies, we did not want to leave any possible treasure behind.

Since we cannot tell the lithium abundance precisely from LAMOST low-resolution spectra, we would need a high-resolution follow-up observation. Fortunately, we got some time from the Automated Planet Finder (APF) located at Lick Observatory, and observed some of our extremely lithium-rich candidates. The data analysis was quite straightforward. All the three different lithium lines that can be seen in our spectrum show similar results, with an average abundance of 4.51. However, the explanation to such high lithium abundance was not easy. Our data clearly did not prefer the contribution from the external sources such as planets, thus the internal production of lithium seemed to be the most possible scenario. One question which is interesting to think about is that if all the low-mass giants have to experience such extremely lithium-rich phase. Based on our simulation, the lithium-rich phase is closely connected with the parameters of extra-mixing. Thus we suspect that low-mass giants do not necessarily undergo such lithium-rich phase.

Sometimes I wonder, is it possible that a giant with lithium abundance higher than 5.0 exists? I asked because the maximum lithium abundance from our parameterized calculation is about 5.1. Maybe we can never find such stars, or maybe they hide quietly in the treasure box of LAMOST, together with other secrets, waiting to be spotted from the millions. 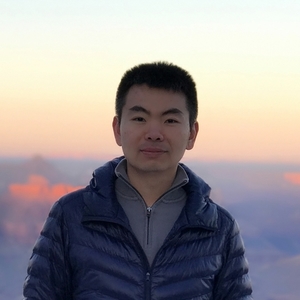