A community from Nature Research
On the Road

Thoughts from the first in-flight press conference with ESA’s Alexander Gerst
Kristopher James Kent
Journalist and Science Writer, Freelance
Follow
Like Be the first to like this
0

Sat in the lobby of the European Astronaut Centre (EAC) on June 12th this year, I glanced up at one of the large TV screens in the room and it hit me: I was about to be live on NASA TV and a handful of German news channels. Hardly a press conference veteran and decidedly not a good public speaker, I was nervous. “Please, please don’t pass out on TV,” I thought.

I was at the EAC, situated in Cologne, Germany, to interview Alexander Gerst; German geophysicist and European Space Agency (ESA) astronaut. Gerst launched to the International Space Station (ISS) on June 6th as part of Expedition 56/57 and will take command of the station upon the departure of the previous crew, which is expected to happen in early October. My (slightly more modest) mission was to gather his thoughts for a Nature feature to be published later this year.

Before the video call to the ISS, fellow ESA astronaut Matthias Maurer took to the floor with comms officer Marco Trovatello to discuss Gerst’s scientific mission, dubbed 'Horizons' (more info here). After a short break, approximately nine journalists were allowed to ask Gerst one question each, with each getting about two minutes of his time. Speaking to Maurer after the event, he explained how the ISS provides an ideal environment for research that benefits humans on earth, such as studies into osteoporosis; a deterioration of bone density that affects astronauts at much faster rates. ESA’s work also pushes the boundaries of space travel itself: one staff member I met described how their astronauts recently used the volcanic landscape of the Canary Islands to train for potential future missions to Mars.

The day drove home ESA’s keen wish to promote the research being conducted aboard the ISS, with Maurer and Trovatello’s warm-up conversation acting as a catalyst to try and encourage scientific stories in the mainstream media. Following the call with Gerst, a reporter from Deutsche Welle remarked to me that many of the day’s questions weren’t academically related and that it appeared as if Gerst was trying to weave relevant science into his answers.

Unfortunately for me, the conference was conducted almost entirely in German. This is not entirely unsurprising: Gerst’s a national hero. He’s about to become the first German commander of the ISS, and of the ~65 experiments he’s managing during his stint in space, Germany contributes to 41. The previous day, I turned to see Gerst’s friendly smile beaming back at me from a bus stop poster. He even cameoed at a Kraftwerk gig last month. Despite my significantly hampered comprehension; however, the press conference offered a short view into the home of some incredibly inspiring research.

And I didn’t pass out on TV.

The full video of the press conference can be found here. I appear at 13:34.

Kristopher James Kent (He/Him)
Journalist and Science Writer, Freelance
Follow
I'm an ex freelance writer and journalist who produced content for Nature, the Nature Partner Journals, and magazines from international universities and government science institutes, between 2016 and 2021. I wrote across a broad range of science topics, and I'll forever retain my passion for medical science, science policy, and spaceflight/microgravity research. 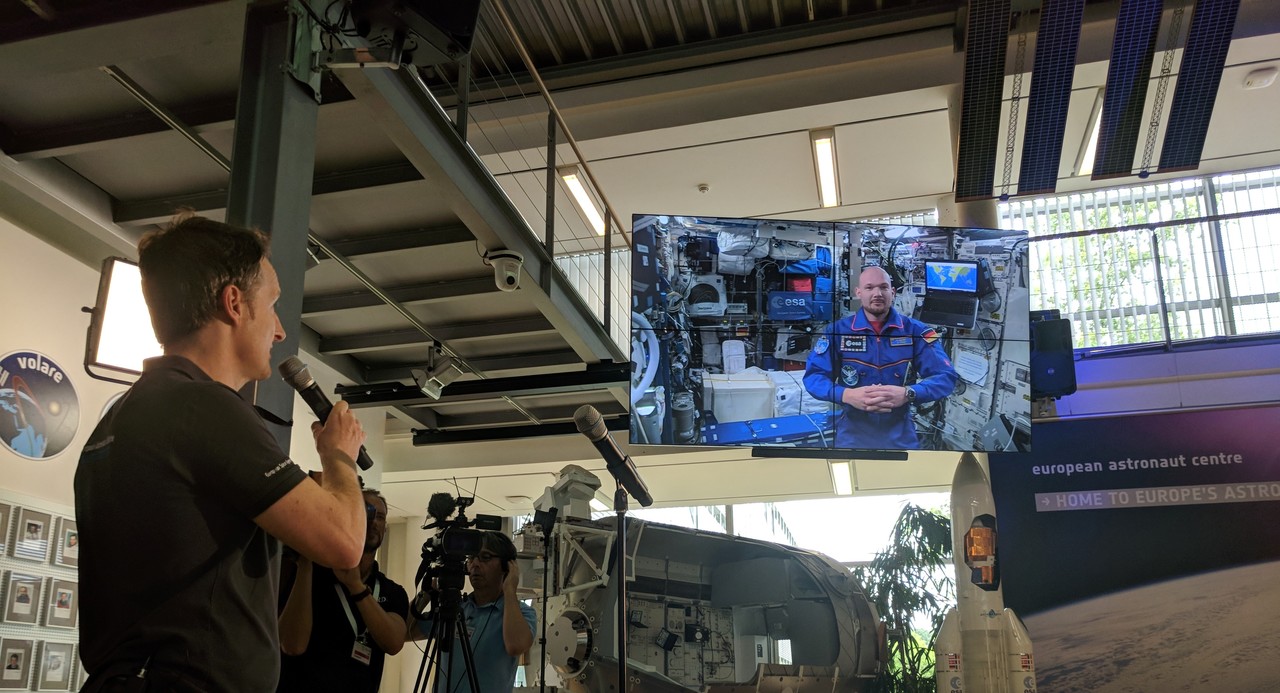