Having the right team leads to fast-track model development!

The paper in Nature Astronomy is here: go.nature.com/2og8rtB

The story of this paper begins in June 2017, during the Gordon Research Conference in South Hadley, USA. Julia Venturini and myself both attended this meeting, where the results of Kruijer et al (2017) were mentioned in one of the review talks. That work shows that there is a dichotomy in the isotopic anomalies of iron meteorites and that this dichotomy is well explained as resulting from the existence of two distinct reservoirs of the solar nebula at the epoch of planet formation. These two reservoirs should have been separated during at least 2 million years, likely because Jupiter acted as a barrier that prevented material from mixing in the protoplanetary disk where planets form. Jupiter should have been at least ten times as massive as the Earth when the separation of material took place, and it could not have grown too much in the following 2 million years.

This conclusion, which seemed natural to the speaker at the conference, was very perturbing for both of us, since preventing a planet ten times larger than the Earth to accrete a lot of gas for so long seems impossible. The same day, Dr. Sascha Quanz, one of the co-authors of the paper, noticed the paper and sent it to us and to other colleagues, all members of our Swiss National Center for Competence in Research (NCCR) named PlanetS.

Discussion rapidly started among all of us per email, and we decided to meet as soon as we were back in Europe. One of the strongest difficulties we had to face at that time was finding a slot where all of us were free to discuss face to face, but we eventually found a time when all were available, however only for two hours!

The NCCR PlanetS being interdisciplinary by nature, our colleagues work in fields as diverse as planetary observations, theory, cosmochemistry and numerical hydrodynamical simulations. In addition, since the beginning of this network (in 2014), we have learned to know each other and to speak the same language. Having a very broad spectrum of expertise in the same room turned to be key in developing our new model: after two hours of meeting, the idea of the model appeared to all of us, the numerical simulations required were decided, and the skeleton of the paper was already written! We then spent the coming months running simulations and writing the paper, but the kick-off of this project would not have been possible without the presence in our network of diverse and complementary expertise. 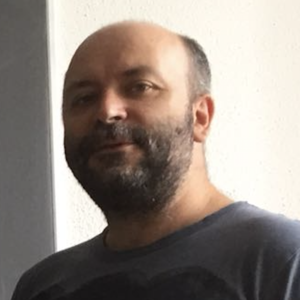