Milky Way dwarf spheroidal galaxies may offer a very good reason why we should revisit our fundamental understanding of dark matter particle properties in galactic halos. In our novel study we highlight how dark matter self-interactions can be the key ingredient underlying the observational information available for these systems.

Time flies. Definitely. So, before reading this post, you are encouraged to take a look at our published paper ... read here!

As I have just said, time flies. Personally, it often does. It's been more than two years since Professor Hai-Bo Yu and I started to share some ideas about self-intetacting dark matter (SIDM). At that time, in the attempt to ameliorate a personal "two-body problem", I was planning to visit University of California, Riverside, right after completing my Ph.D. program in a lovely Italian city such as Trieste. As an unexpected outcome, I've got the opportunity to undertake a new exciting path in my research field in collaboration with Hai-Bo at UCR.

It's fun enough when I think that Hai-Bo and I have both received an education in high-energy physics: generally, these days we may be slightly more keen to follow what actually comes out from the astronomy and astrophysics community. Our great interest in astrophysics and cosmology naturally follows from the evergreen fascinating question about Nature: What are the fundamental ingredients of the dominant matter content permeating our Universe? Nowadays, the existence of non-ordinary (i.e. very likely non-baryonic!) matter can be inferred at many different astrophysical length scales. Yet, its detailed identikit cannot be precisely drawn. At the present stage, the particle searches for dark matter are still ongoing with a few anomalous insights and many null results. As a general consequence, the related microphysics properties of dark matter we delineated so far contain huge question marks as the one for instance reported in Figure 1.

Figure 1 A schematic picture of the dark matter problem and the related interesting question we try to answer in this work, analyzing the stellar kinematics in the dwarf spheroidal galaxies of the Milky Way: Do dark matter particles interact with each other? Is there any evidence of this property in the galactic halo of dark matter dominated objects such as dwarf spheroidals?

While model building in particle physics is certainly fascinating (and quite often fun!), even for a high-energy theorist it may be good sometimes to move away from the vastness of specific models, and rather try to single out a flexible playground where to test and possibly falsify some essential working hypothesis. This is exactly what we had in mind from the beginning when we started to study the internal dynamics of Milky Way dwarf satellites within the SIDM paradigm.

The SIDM proposal embraces the broad class of models that generically predict an ensemble of interacting particles in dark matter halos. A high rate of crosstalk among these dark matter particles in the densest regions of halos enables to establish a thermalization condition that holds in the innermost part of galaxies and galaxy clusters. The thermalization of inner dark matter halos is far most the key ingredient of the SIDM proposal. In such a regime, one can easily predict a cored density behavior at the center of dark matter dominated objects as hinted by the measured kinematics of several kiloparsec-sized dwarf systems. The size of such a core is intimately related to the cross section per unit mass shared by SIDM particles in the inner halo. Importantly, one may also expect to observe a diversity in the dynamics of galaxies of similar size, if the baryonic content in terms of stars and gas distributions differs from one object to the other. Indeed, the SIDM potential well  in the inner region is actually sourced by the baryonic distribution of the system: the correlation between dark matter and baryonic profiles may be retained as a remarkable prediction of the SIDM scenario. Last, but not really least, within the SIDM framework one may systematically recover at very large scales all the cosmological successes of the currently prevailing theory of dark matter, the well-studied cold and collisionless dark matter (CDM) paradigm.

So, if CDM is the viable prevailing theory, why should one ever abandon it in favor of the SIDM challenge? Even before collaborating with Hai-Bo, I was actually quite fascinated by this question. Indeed, the increasing amount of works on evidences and hints in the last few years about how SIDM may substantially improve our understanding of the observed galactic dynamics, while offering a satisfactory cosmological picture and novel particle model-building ideas, is effectively impressive and recently reviewed here.

While a general consensus on the small-scale challenges of CDM has not yet been achieved in the community, previously claimed constraints on the possibility of sizable dark matter self-interactions have turned out in this paper to be naturally evaded in the attempt to cure the core-vs-cusp problem in different halo-sized systems, highlighting a genuine revival on the virtues of SIDM phenomenology.

Furthermore, the very first investigation on the intriguing diversity of rotation curves exhibited by many spiral galaxies has pushed SIDM predictions towards an unprecedented good comparison against observational data with respect to the standard expectations from CDM. Note, however, our ability in reproducing realistic feedback mechanisms in simulations may play a relevant role in this context.

Figure 2 These are the fits to line-of-sight stellar kinematics we obtained for each of the 8 classic satellites of the Milky Way. Dot-dashed black lines represent the outcome obtained within CDM, exploiting the concentration-mass relation from corresponding N-body simulations. Blue lines are obtained promoting the dark matter paradigm to the case of SIDM. The thick blue lines, in particular, exploit a general stellar anisotropy modeling, that contrary to the CDM case, allows us to accomodate well data within the SIDM picture.

In order to reach a scale where the role of baryonic feedback may be much less contended and debated, we may have to consider kpc-sized objects sitting at the very faint end of the galaxy luminosity function, yet in our local proximity to be properly observed. From this perspective, dwarf spheroidal galaxies (dSphs) that are satellites of the Milky Way correspond to almost ideal dark matter laboratories. Interestingly, Milky Way dSphs pose another challenging puzzle to CDM, the too-big-to-fail-problem, namely the dynamical failure of the most massive subhalos predicted in CDM simulations in hosting the observed brightest Milky Way satellites.

While modeling of tidal effects due to the Milky Way halo may be an important ingredient in order to possibly address the problem within the CDM framework, many studies on SIDM simulations, see for instance this N-body work and also this more recent one, have highlighted how the SIDM paradigm may be potentially adequate to address also the too-big-to-fail problem. Our study stands out as the first data-based analysis developed  at better quantifying such a statement, namely the goodness of the SIDM proposal in relation to the putative failure of CDM predictions against the measured stellar kinematics of dwarf spheroidal galaxies. Our analysis is based on the spherical Jeans analysis as described for instance here. The optimal solution represented by SIDM in contrast to the typical tension in (pure) CDM  is depicted in Figure 2 for all the 8 brightest Milky Way dSphs. This figure captures how better SIDM can describe the measured line-of-sight velocity dispersions of Milky Way dSphs while respecting the CDM concentration-mass relation obtained in pure CDM N-body simulations, i.e. how SIDM can effectively solve the too-big-to-fail-problem.

We eventually attempted to provide the first data-oriented estimate of the dark matter self-interacting cross section required by each of the MW dSphs on the basis of their measured stellar kinematics. This has been carried out via a Monte Carlo Markov Chain analysis where we have marginalized over several sources of theoretical and observational uncertainty. Each of the posterior probability density function for the estimated self-interacting cross section per unit mass probed by the 8 dSphs is reported in Figure 3. While such an estimate may be possibly biassed by several limiting factors (e.g., the concentration-mass relation adopted in our study, extracted from the outcome of ETHOS simulation for the case of pure CDM), the net outcome of our analysis is an inferred diversity in the dark matter self-interacting cross section probed by Milky Way dSphs.

What actually lies behind such a scatter in the estimated cross-section values probed by Milky Way dSphs remains to be further investigated. On one hand, it would be reasonable to expect that a phenomenologically viable SIDM proposal should likely point to a compatible cross-section estimate for all the galaxies analyzed here. On the other hand, in the current analysis it may be difficult to assess the systematics due to possible environmental effects of the host galaxy. Therefore, further investigation is certainly needed in order to fully understand the result behind Figure 3.

As our observational knowledge of small-scale systems will improve in the next decade, see for instance a study case for Milky Way dSphs here, the methodology adopted in our paper may serve as a systematic guideline to probe well-motivated New Physics theories in a complementary fashion to what can be done e.g. with high-energy particle colliders. After all, our most important chance to find out evidence for the peculiar microphysics nature of Dark Matter and pin down its fundamental properties, as for the case of SIDM, may actually reside in the most natural dark matter factories we really have at our disposal: galaxies and galaxy clusters!

Figure 3 The self-interaction cross section of dark matter particles extracted from the Monte Carlo Markov Chain analysis carried out in our study. This result is intimately connected with the observed stellar kinematics of the 8 Milky Way dSphs and the cosmological prior on the concentration-mass relation extracted from this CDM simulation. 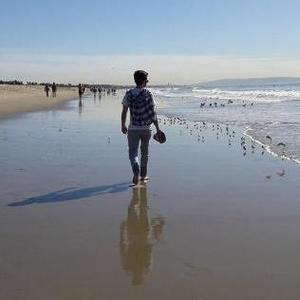