The path to the Ceres polar wander

The reorientation of Ceres left behind a fractured crust and the remnants of a paleo-equatorial ridge. Here is a look at how this result was obtained.

[Link to the Nature Geoscience article]

The original plan was to write an article about the interior structure of Ceres, using the gravity and topography observations made by the Dawn mission. A few years back I developed a technique called global gravity inversion (GGI) to perform exactly this kind of computations, and I thought that Ceres would make a very good target to demonstrate the technique and to possibly produce some interesting new results about its interior.

The initial results of GGI on Ceres were encouraging, and indicated a relatively wide range of solutions. One aspect that went initially almost unnoticed, but that later turned out to be of key importance, was the persistent presence of a large area with a positive surface density anomaly aligned with the equator, possibly implying a reorientation of Ceres, a process technically referred to as true polar wander (TPW). By itself, this possibility was not very significant, as the large anomaly could have formed directly on the equator, so I just noted it and continued to work at the paper. To be completely honest, I considered TPW unlikely also because Ceres is a fast rotator, with a very oblate spheroidal shape, so a strong crust would have opposed a possible reorientation much more effectively than say a nearly spherical body.

Or so I thought.

The first version of the paper had almost no mention of TPW, but it became clear that some of the conclusions were off, and that significant additional work was necessary. After wandering in the dark for quite some time, I noticed the strong anti-correlation between surface density and topography, with a significance of over 4σ. This means that higher topography tends to have a lower than average surface density, and lower topography tends to have a higher than average surface density, with a very low probability of this being due to chance. That allowed to narrow down the range of solutions and bring them closer to the Ceres interior models already published in the scientific literature. This gave me renewed enthusiasm in the results of the paper, and encouraged me to look more closely at the TPW possibility.

If a large fast rotator like Ceres reoriented in the past, some signs could still have been visible today. I knew at the time that some crustal fractures had not yet been associated to any known formation mechanism, most notably Samhain Catenae. These fractures are located on the equator, right next to the density anomaly. Interesting, I thought, what are the chances now that both the density anomaly and the crustal fractures formed on the equator, next to each other, for no apparent reason? The emerging idea was that as the crust reoriented, the region moving towards the equator would have been subject to extensional stresses because, simply put, Ceres is wider at the equator than it is at mid-latitudes, so the crust had to stretch. While I didn't yet have a quantitative model to predict the location and orientation of these fractures, the qualitative agreement led me to consider TPW seriously for the first time.

Another possible effect of TPW that needed to be investigated was the fate of the original equatorial bulge. Was it able to completely relax and disappear, or would instead leave behind some traces of uncompensated topography? Just by visually inspecting the topography of Ceres I could not detect anything resembling a possible paleo-equator, so I decided to look at it more systematically with a statistical analysis, I put together some code, and let it crunch the numbers for a few minutes. The result was noisy, and it was not clear initially how to look at it, but after some searching there it was, a peak emerging above the noisy background. There is a distinct paleo-pole and corresponding paleo-equator with a statistically significant topography excess, a detectable paleo-equatorial ridge. The closest analog is the prominent equatorial ridge of Iapetus, although for Ceres it is much more modest and detectable only as a statistical topographic excess. Plotting the paleo-equator allowed to determine univocally that the the density anomaly formed in the southern hemisphere and led that region to move northbound by approximately 36 degrees.

The topography excess also shows a narrow S-shaped pole path, from the paleo-pole to the current pole of Ceres. One would be naturally tempted to consider this path as indicative of the actual path followed by the pole during TPW, but this hypothesis needed some support. And on the other hand, I needed a stronger, quantitative prediction of the location and orientation of the crustal fractures. As it turns out, models of tectonic patterns during TPW are very sensitive to the path followed by the pole. Initial trials of reproducing the fractures pattern in one direct step, from the paleo-pole to the current pole of Ceres would not be in good agreement with the observed fractures, so I thought of subdividing the S-shaped pole path into a few sub-steps, and then compute the tectonic patterns for each individual sub-step. That was the final piece of the puzzle falling into place. The agreement between predicted and observed fracture pattern was now very good, allowing to confirm at once all the individual observations supporting TPW. 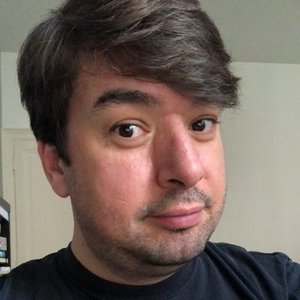