Ice volcanoes in the asteroid belt

Data from NASA's Dawn mission have revealed that Ceres, the largest object in the asteroid belt, is a geologically complex world. Here, we show that Ceres has likely experienced icy volcanism throughout its history.

Never before has humanity sent a spacecraft to another body in our Solar System and concluded “This planet is exactly as expected – nothing interesting to see here.”  Ceres, the largest object in the asteroid belt, is no exception.  NASA’s Dawn mission has been orbiting Ceres since March 2015, collecting data using a camera, a spectrometer, a gamma ray and neutron detector, and radio tracking.  Among the exciting discoveries made by Dawn is strong evidence for cryovolcanism.

“Cryovolcanism” refers to volcanic processes where the magma is primarily composed of some substance that would be considered a volatile on Earth – usually, but not always, H2O.  One may more casually refer to the phenomenon as “ice volcanoes.”  This phrase sparks the mind to conjure exotic imagery.  As a non-scientist friend put it: “Sure, it’s believable as something you could see in the next Star Wars movie, but in real life?”  But while cryovolcanism is weird by Earth standards, there is no reason to consider its existence surprising.  Nearly all the solid bodies in the outer solar system are composed of a large volume (sometimes a majority) of ice, and volcanic processes there are likely to reflect that composition.

At Ceres, the most prominent evidence for large volumes of cryovolcanism comes in the form of Ahuna Mons (pictured below), a tall, steep mountain that bears striking resemblance to some volcanic landforms on Earth.  Ahuna Mons is young by geological standards: at most 240 million years old, and maybe much younger.  But Ahuna’s youth poses a scientific challenge: why is it so unique on the surface?  It is difficult to envision a plausible scenario where Ceres was geologically inert for the first 4.3 billion years (or more) of its history, and then suddenly became volcanically active recently.  This conundrum is what piqued my interest in Ceres.  My co-authors and I decided the most likely explanation is some process that erases old cryovolcanoes over time, or at least renders them different in appearance from young Ahuna Mons.

Ahuna Mons, a 4-km-tall mountain on Ceres observed by the Framing Camera on NASA's Dawn mission.

The process we investigated and found evidence for is viscous relaxation.  Viscous relaxation refers to a material deforming like a fluid, spreading into a flatter, shorter shape.  Under this hypothesis, we expect to see domes on Ceres that are flatter and older than Ahuna Mons.  Searching Dawn’s images, we found exactly that, analyzing 22 domes in total.  The observation that was especially telling was the discovery of a mountain, Yamor Mons, at the north pole of Ceres that is very similar in height and size to Ahuna Mons.  Viscous relaxation is extremely temperature-dependent, with hot material flowing much faster than cold material (pour out a jar of honey after heating it in the microwave to see a messy example of this phenomenon in real life).  The fact that the only large, steep mountains on Ceres are cold Yamor Mons and young Ahuna Mons is consistent with our viscous relaxation hypothesis.

By combining these observations with computer simulations of the viscous relaxation process, we estimated that Ceres extrudes about 10,000 cubic meters (about the size of one movie theater) of “cryolava” onto its surface every year.  This number makes cryovolcanism an important process on Ceres, but it’s far less than the amount of “regular” volcanism that occurs on Earth or other rocky planets.  As humanity explores more icy worlds in the coming decades, it will be fascinating to see if cryovolcanism is inherently less frequent than the more familiar forms of volcanic activity we witness on Earth, or if Ceres is simply less cryovolcanically active than the moons of the giant planets and the worlds of the Kuiper Belt. 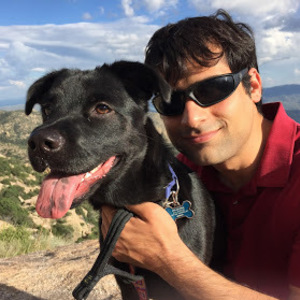