Impossible jets, and where to find them

Whenever accretion occurs in the Universe, it appears to be inseparably associated with jet outflows. There has however always been one exception: accreting neutron stars with very strong magnetic fields. But it turns out that if you observe deep enough, at exactly the right time, even this final exception disappears.
Jakob van den Eijnden
PhD student, University of Amsterdam
Follow
Like Liked by Paul Woods

The Universe is filled with jets: beams of matter, moving at almost the speed of light, strongly impacting their surroundings. They are launched by everything from forming stars, compact objects, white dwarfs, and super-massive black holes, as these objects gravitationally attract matter from their surroundings. But despite their ubiquity, the formation of jets remains poorly understood. In our Nature paper, we present the discovery of a jet that should not be: a jet launched by an accreting neutron star with a magnetic field about ten thousand times stronger than that of other jet-launching neutron stars.

As explained in more detail in the animation below, canonical jet theory predicts that when neutron stars are strongly magnetized, the in-falling matter does not reach the region where jets are thought to be formed, and no jet should be launched. Our discovery of such an ‘impossible’ jet disproves this long-standing idea.

So how to find a jet that should be there? And why would one even try? We were originally motivated by surprising radio detections of two famous accreting neutron stars, which both have strong magnetic fields. Such radio emission can signal a jet, but our observations were not conclusive. We needed more observations, plus a better source, to investigate this further. And with impeccable timing, the Universe quickly provided the perfect target for a more in-depth search.

All of this was unexpected – my PhD originally focussed on accretion instead of ejection – and we had no observational programs to trigger. Therefore, what followed were six months of frantic learning-on-the-fly: three times, we wrote a DDT proposal in a single day to obtain or extend Very Large Array radio monitoring. We designed and adapted the monitoring strategy as we went along, since anything we saw was new and a complete first. All radio observations, many gigabytes of data, had to be imaged within days to decide on the next step. But we ended up with better data than we could have dreamed of from our first try: multiple observations that clearly pointed to the presence of an impossible jet.

I think our result, next to impacting jet theory, also beautifully shows how science progresses: while we are able to rule out models that were generally accepted, we do not immediately understand what causes this jet. Hopefully, this jet detection will inspire developments in both the theory and simulation of astrophysical jets, to offer new explanations. On the observational side, we are now working on a more extensive set of observational programs, to create a first phenomenological picture.

This is a story that will definitely be continued. It might have spun my PhD on its head, but it is too exciting an opportunity to simply let pass. 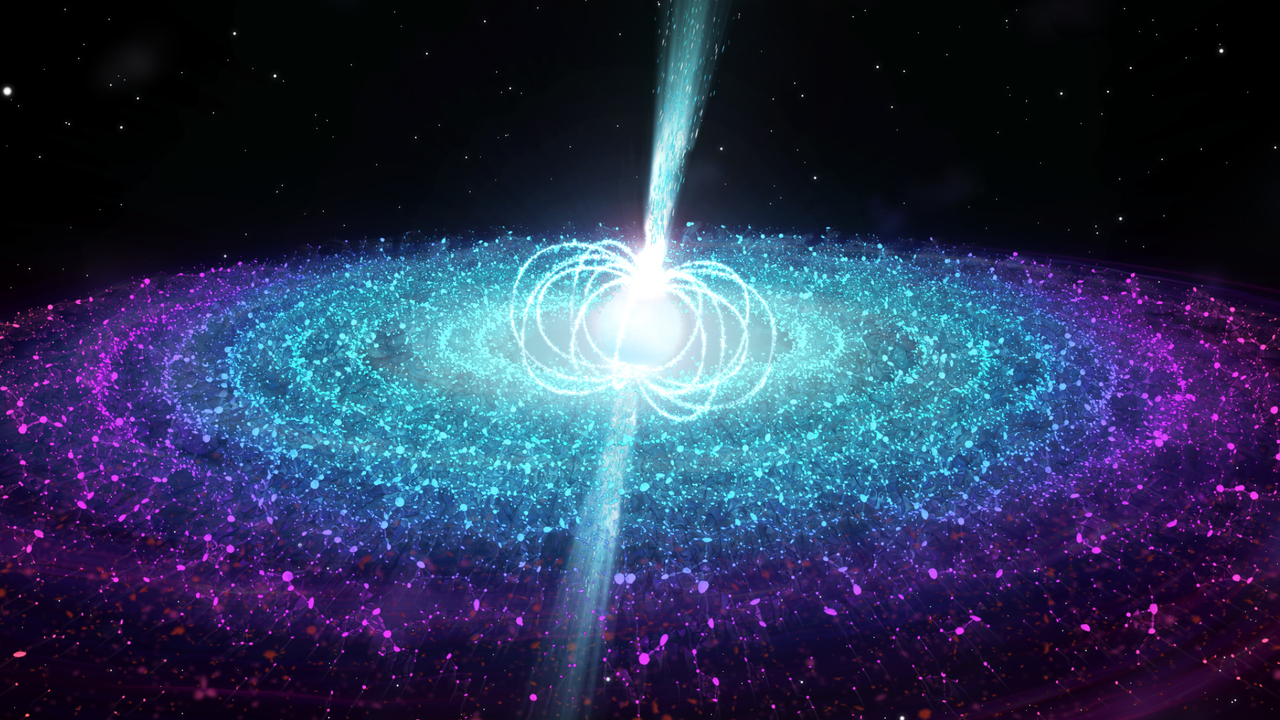 Impossible jets, and where to find them

Whenever accretion occurs in the Universe, it appears to be inseparably associated with jet outflows. There has however always been one exception: accreting neutron stars with very strong magnetic fields. But it turns out that if you observe deep enough, at exactly the right time, even this final exception disappears.