We made the first proposal to associate IceCube PeV scale neutrinos with gamma ray bursts (GRBs). All four IceCube events of PeV neutrinos are in accordance with a regularity to indicate a Lorentz violation scale of 6.5x10^{17} GeV, which is comparable with that determined by GRB photons in previous studies. We also suggested that Lorentz violation explains the existence of both ``early'' and ``late'' neutrinos. Thus we reveal that neutrinos and anti-neutrinos have different properties to break the charge, parity and time (CPT) reversal symmetry.

The discoveries about basic symmetry violations, such as the parity violation and the charge conjugation parity (CP) violation of weak interaction, are related with neutrinos to some extent. The charge, parity and time (CPT) reversal symmetry is considered as a fundamental symmetry of physical laws. We know that CPT violation implies the breaking of Lorentz symmetry. In this sense, the Lorentz violation of neutrinos might offer the best chance to reveal the CPT violation.

As a professor in theoretical physics, I lead a group of graduate students and undergraduates at Peking University to have done a number of researches on the Lorentz violation through analyses on high energy photons from gamma ray bursts (GRBs), which are extremely energetic and rather quick processes in the universe. Analyses on the arrival times between photons with different energies can provide the possibility to constrain the light speed variation for photons with different energies. By combining high energy photons from a number of GRBs with known redshifts, we reveal a regularity that several high energy photons from different GRBs fall on a same line to indicates a tiny light speed variation at the Lorentz violation scale of 3.6x10^{17} GeV. If such result is true, it implies that the travel time for photons with higher energies should be longer than that of low energy photons. More specifically, for a GRB photon with detected energy of a few tens GeV (GeV=10^9 eV), it has a longer travel time of a few seconds to reach the detector than the low energy GRB photons. However, there seems to be a limitation of less than 100 GeV on the energy of GRB photons detected so far. Thus the time delay between high energy and low energy GRB photons is of the order of a few seconds.

Neutrinos have more advantages than photons to explore the Lorentz violation. If we make an extension of the study from photons to neutrinos, the situation changes significantly as the energies of cosmic neutrinos detected by the IceCube neutrino observatory range from a few TeV (TeV=10^{12} eV) to a few PeV (PeV=10^{15} eV). Thus time delay or advance for neutrinos with such high energies can range from a few hundred seconds for events of a few TeV scale to a few months for events of a few PeV scale, under the condition that the speed variation of neutrinos is of the order comparable to that of photons. We notice that the IceCube Collaboration has observed plenty of ultrahigh energy neutrino events with energies higher than 30 TeV, including also four PeV scale events. From the published papers by the IceCube Collaboration, we also notice that they only associated their neutrino events with GRBs within a close temporal window of a few hundred seconds. They found some neutrino events which are also compatible with backgrounds.

In this new paper published in Communications Physics, my student Yanqi Huang and I made the first proposal to associate the IceCube PeV scale events with GRB candidates. We found that all four IceCube events of PeV scale neutrinos can associate with GRBs falling on a straight line to indicate a Lorentz violation scale of 6.5x10^{17} GeV, which equals to that determined by Amelino-Camelia et al. from TeV scale neutrino events. We also found that two events are time advanced and the other two events are time delayed. It is hard to expect that a same kind of particle can have two different propagation properties. As the IceCube detector cannot distinguish between neutrinos and anti-neutrinos, we propose that neutrinos and anti-neutrinos have different propagation properties, i.e., one is superluminal and the other is subluminal. This can be explained by the Lorentz violation due to the CPT odd feature of the linear Lorentz violation. We thus reveal the CPT violation between neutrinos and anti-neutrinos, or an asymmetry between matter and anti-matter.

As I have stressed in my tagline, any discovery about the truth of the Universe should be tested by data. Whether our picture to associate the IceCube neutrino events with GRBs is true or not should be checked by further neutrino events from the IceCube detector. If further detected neutrinos can continue to fall on the straight line found by Amelino-Camelia et al. and my group, or the different neutrino and anti-neutrino properties revealed by us can be further confirmed by other experiments, we must face the discovery as new knowledge beyond conventional wisdom, otherwise we have to abandon it as a new starting point to explore the mysterious Universe. 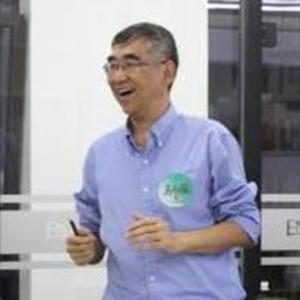