"Pseudo-shocks were first noticed in supersonic duct flows in 1958 by L. Crocco, which can be decelerated to subsonic velocities and were ascribed to a possible adjustment of the velocity distribution itself. Unlike shocks, pseudo-shocks exhibit discontinuities only in the mass density, and being firstly observed in Sun’s magnetized atmosphere." ---- Srivastava et al., 2018.

Sun’s  million degree magnetized, its outer atmosphere “corona”, shapes the structure and dynamics of the heliosphere within which all the planets of our solar system reside. It also supports in constituting an inter-planetary magnetic field, and in creating space weather on the atmosphere of various its planets including our Earth. Severe space weather events caused by the solar activities (e.g., solar flares, coronal mass ejections, prominence eruptions, etc) in the hot and magnetized Sun’s atmosphere pose serious problems to the human as far as the Earth’s space weather is concerned. It consists of several outstanding problems associated with human, e.g., damaging of the satellite's electronics, changing the satellite's trajectory, increased radiation dose to the astronauts walking in the space, disrupting Global Positioning Systems (GPS), tripping of the power grids, etc, the list is not exhaustive. Moreover, various dynamical plasma processes and creation of high-energy particles and radiation in the hot solar atmosphere provide a platform to make the test  of various basic theories of high-energy physics, particle physics, plasma physics, as well as providing significant clues to the controlled fusion, and laboratory plasma experiments to generate the "green energy".

Sun’s extremely hot, complex, and magnetized atmosphere, and its various physical processes  also provide a ready reference to understand various other similar astrophysical plasma sources, most favorably the other Sun-like magnetized, young and active stars. Thus, the astrophysicists are trying to understand the exact cause of the Sun’s hot atmosphere since 7-8 decades after the pioneering discovery of B. Edlen about the presence of  green and red emissions from the solar  corona around 1940's. In the similar time epoch Alfv\'en has proposed the existence of electromagnetic-hydromagnetic waves in the magnetized plasma. An emphasis was given later that such magnetic waves may also exist in the solar corona and can act as a significant energy source.  The outstanding question of coronal heating still remains mystery in spite of various pioneering research on possible heating candidates  (e.g., MHD wave modes, magnetic reconnection, etc.) since several decades.

A long quest emerged out in form of the establishment of various ground and space based solar observatories in understanding the mysteries of the solar atmosphere.The solar observations have now been reached  to the sub-arcsec resolutions separating few tens to few hundred km regions at the Sun in order to understand the transport of energy and mass locally, and variety of plasma processes there. We can name few observatories in the modern era of solar astrophysics like Solar and Heliospheric Observatory (SoHO), Transition Region and Coronal Explorer (TRACE), Hinode; Solar Dynamics Observatory (SDO); Interface Region Imaging Spectrograph (IRIS), 2m-Sweidsh Solar Telescope; upcoming 4-m class Daniel K. Inouye Solar Telescope (DKIST), 4m-European Solar Telescope (EST), and 2m-National Large Solar Telescope (NLST) at India, etc.

Discovery of the confined pseudo-shocks in the solar atmosphere:

To understand the answer of an outstanding question about solar coronal heating and its possible energy sources, recently our scientific team has made a remarkable success on identifying the confined pseudo-shocks in the Sun’s magnetized atmosphere. Pseudo-shocks were first theorized in supersonic flows in ducts in 1958 which decelerate to the subsonic speeds. In the Sun’s atmosphere, they are not real shocks and cause only the sharp enhancement of mass density at certain localized regions. It was seen in our new scientific findings that these pseudo-shocks carry reasonable amount of energy and mass flux into an overlying corona, and they may be sufficient to balance the radiative losses there. Therefore, they have been now discovered as a new energy source in the solar atmosphere. These pseudo-shocks must be now taken as one of the front-line research topics in solar physics keeping the views of the advent of ultra-high resolution observatories coming in near future.

The story started more than one year ago when I was visiting K. Murawski at UMCS, Lublin, Poland in June 2017. We were discussing on few potential problems related to the modeling of chromospheric plasma ejecta using the newly developed two-fluid code JONAA by Dariusz  Patryk Wojcik.  K. Murawski and Blazej Kuzma, were working with JONAA code, which has further been facilitated to model the confined plasma ejecta in form of pseudo-shocks as observed by Interface Region Imaging Spectrograph (IRIS) observations on 8th October 2018 during 14-17 UT. The discussions on science related to the newly discovered pseudo-shocks and related works have been planned and executed with other co-workers B.N. Dwivedi (India), J.G. Doyle (UK), Z. E. Musielak (USA). The two fluid theory of chromospheric plasma have been discussed in close collaboration of T.V. Zaqarashvili (Austria/Georgia), and the fine details of the IRIS observations and their implications have been implemented in close association with Marco Stangalini (Italy) and P. Kayshap (Czech Republic).

The firstly observed confined pseudo-shocks were numerous above the sunspot near the western equator of the Sun as observed in difference image sequence of IRIS C II 1330 SJI on 8th October 2014, a peculiar consistent  behaviour was observed in all of them. The mass is swept along their confined magnetic domain, and accumulated at their top like the bright crown. Apart from the mass sweeping, they were propagating higher up as well as decelerating.  They were the identified pseudo-shocks. Observational input was implemented in the two-fluid code and energy and mass flux of these pseudo-shocks were estimated. Their energy was sufficient to balance the coronal radiative losses. It could not be determined the role of these pseudo-shocks in the formation of slow solar wind. However, they also carry the reasonable mass flux along with them.

The firstly discovered pseudo-shocks are now in the front of astrophysics and solar physics community for their further detailed investigations keeping the view that various ultra-high resolution observatories are going to be commissioned soon in near future. This study may also act as a ready reference for the laboratory plasma as well as fluid dynamics experiments.

Observations and model of the evolution of pseudo-shock in the solar atmosphere above a sunspot (Credit: IRIS, SDO/AIA). Date: 8th October 2014; 14:22 UT. 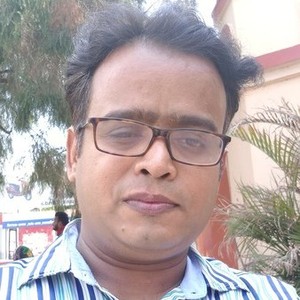