By observation data analyzation, theoretical calculations and dynamical simulations, we propose a unified evolution scenario: the presence of dusty disk is mainly at the early stage of the whole process of metal pollution.
Di-Chang Chen
postgraduate, Nanjing University
Follow

Dust accretion onto a white dwarf follows a broken power-law decay, assuming the dust source is mainly delivered via dynamically falling asteroids perturbed by a Jovian planet. Dust disks are present in the early stage of the metal pollution process. 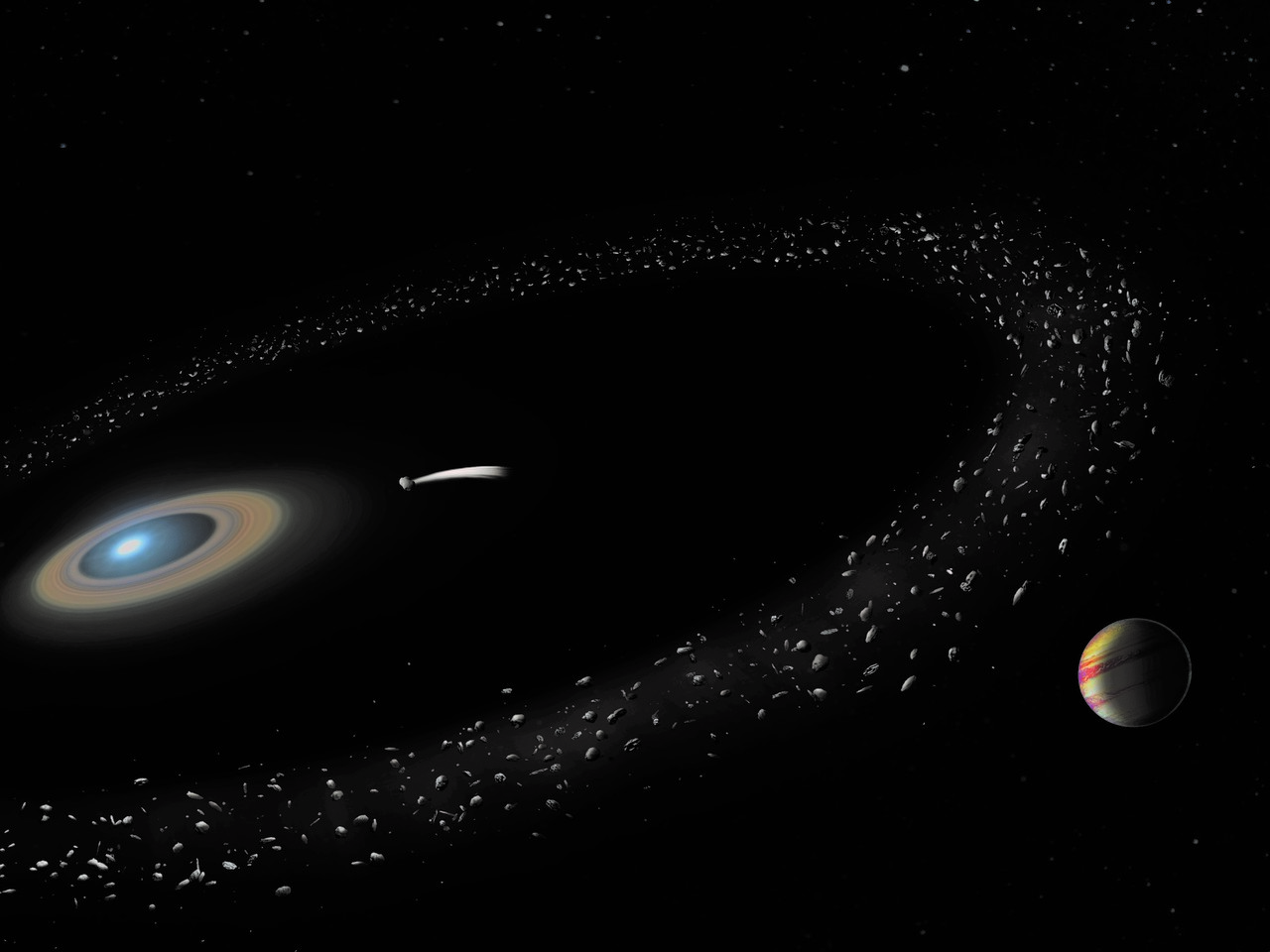