A recurrent nova super-remnant in the Andromeda Galaxy

The story behind the discovery of a vast interstellar bubble surrounding an interacting and eruptive binary system within our neighbour the Andromeda Galaxy.

M31N 2008-12a, a rather uninspiring name for such a remarkable object – a recurrent nova, but unlike any we had seen before. It was first discovered in eruption in 2008 within the Andromeda Galaxy, and thought to be just a typical Andromeda nova. When a second eruption was announced in 2011 a few eyebrows were raised, but it was largely dismissed. Following a third, spectroscopically confirmed, eruption in 2012, we knew we had found something special. Through the dedicated monitoring of a world-wide team of professional and amateur astronomers, and a little detective work within the archives, ‘12a’ (as we like to call it) has been confirmed to erupt yearly, since at least 2008, most recently in November 2018.

Annual eruptions of a nova were unprecedented. The most active system previously known erupted just once each decade. The rapid recurrence of 12a tells us two very important things, the white dwarf at the heart of the system is accreting from its companion at a very high rate, and that white dwarf itself must be massive, very massive, extremely close to the Chandrasekhar upper mass limit. Since recurrent novae are strong contenders for pathways to Type Ia Supernovae, 12a presents a unique opportunity to study a system on the brink of such a catastrophic explosion.

While hunting for past eruptions we made another astonishing discovery, ultimately leading to the work presented in this Nature Letter. In 2015, Allen Shafter, one of the co-authors, forwarded to the ‘12a team’ an archival Hα image of the region around 12a (from the Steward 2.3m telescope). This image appeared to show a partial ring of emission surrounding the system with a diameter of around 100 parsecs. Remnants from single eruptions have been readily observed around many Galactic novae, but nothing anywhere near this scale had been seen before. Although a remarkable conclusion, it seemed we might be looking at the remnant of many 100s (or more) eruptions from one single system; a remnant which might therefore record the long-term eruption history of the nova, but perhaps more importantly a signpost to the progenitor mechanism of a Type Ia Supernova.

The next step was obvious. We needed telescope time, lots of it, to confirm what we thought we were seeing, and computer time (again lots) to model multiple eruptions, the interaction of their ejecta and the growth of a super remnant. For imaging we turned to the Hubble Space Telescope, with its exquisite spatial resolution, and some of the largest telescopes on Earth for spectroscopy. Fortunately, the time allocation committees saw the same potential in our discovery as we did and we were granted all the time requested on all the facilities we approached – the results, especially the Hubble observations really do speak for themselves.

We have just obtained a set of follow-up observations with Hubble probing a different aspect of the physical processes at play. The anticipation in the team is most definitely growing as we wait to see what new features they will reveal. 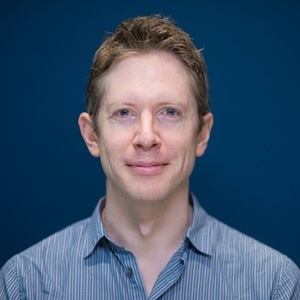