There are a number of long-standing problems in solar & stellar physics, one of which is how the outer layer of cool, magnetised stars’ atmospheres, the coronae, is heated to temperatures in excess of a million degrees. The high temperatures allows for the presence of highly ionised iron atoms in the gas that constitutes the corona. Another related difficulty is developing new instruments and methods that allow us to measure the strength and orientation of the magnetic field in the corona – which will be key for constraining the heating mechanism and is important for understanding the physics of space weather events (e.g., flares & coronal mass ejections). By exploring the Sun's corona in infrared, we are able to uncover some of the Sun's secrets.
Richard Morton
Senior Lecturer, Northumbria University
Follow
Liked by Ben Johnson

A spatially ubiquitous energy flux from the interior of the Sun reaches the corona through Alfvénic waves generated by internal acoustic modes. Such flux persists for the whole solar cycle and contributes significantly to the energy in the corona.

The Coronal Multichannel Polarimeter (or CoMP) was originally designed by scientists at the High Altitude Observatory as a coronagraphic spectropolarimeter, which means it was built to block the bright light from the Sun’s disk to measure the signatures of the Sun’s magnetic field in the corona. It focuses on the light emitted from the highly ionised iron, which is in the infrared part of the electromagnetic spectrum. Although, Steve Tomczyk, the lead instrument scientist for CoMP, also knew it would be a great tool to measure the velocities of the coronal gas.

Originally built for around $1.4 million dollars, the instrument is relatively cheap by astronomy standards. It was first deployed at Sacramento Peak in 2004 and required two years of fine-tuning before it made its first key discovery – that the Sun’s magnetic field was constantly shaking (Tomczyk et al., 2007 Science). This motion can be interpreted as Alfvénic waves, which are essentially magnetic waves that transport energy around the Sun’s atmosphere, and are one of the front runners to explain the coronal heating. The waves are usually thought to be generated by the turbulent convection cells in the photosphere crashing into the magnetic field. This was a big discovery for the community and demonstrated what CoMP could achieve.

Around the time of this discovery I started my PhD, and I was inspired by the CoMP results. While my PhD was mainly a theoretical investigation of waves in the Sun’s atmosphere, in my first Post-Doc position in 2011 I switched to the analysis of observational data. During this time, CoMP was relocated to Hawaii in order to start regular observations at the Mauna Loa Solar Observatory and gain the benefit of the coronal-observing friendly skies (less scattering at infrared wavelengths). However, major modifications where required to the instrument and only in 2010 was CoMP deployed. It started taking daily observations of the corona and amassed a wealth of superb data.

2010 also saw the launch of the NASA Solar Dynamic Observatory (SDO), an $850 million spacecraft that has helped revolutionise our understanding of the Sun. However, SDO has not yet been able to match CoMP’s power to investigate these Alfvénic waves. Despite this, many researchers chose to explore that fantastic data from SDO, and CoMP was somewhat overlooked.

In 2013, I had obtained my own fellowship and thought that exploring coronal Alfvenic waves with CoMP was a great opportunity. I approached Steve at HAO with a view of paying him a visit and learning about CoMP. Not that I knew it then, but this move pretty much set my research path for the next 5 years. Working with Steve, I saw the potential for making some great insights into the nature of Alfvénic waves in the corona.  We worked together on two papers, one of which made some key discoveries about their behaviour in coronal holes, which are the source regions of the solar wind (Morton et al., Nature Comms. 2015).

In both the first CoMP wave paper (2007) and my papers, there was an odd signal noticed in the power spectrum of the velocity measurements. A bump was present in the power that was relatively close to the frequencies associated with the internal acoustic modes of the Sun (pressure orp-modes). Recent work by a colleague in Australia, Paul Cally, had shown mathematically how these p-modes could also excite coronal Alfvénic waves. This mechanism for exciting the magnetic waves would provide an alternative to convective motions and additional way to inject wave energy into the corona.

Inspired by the theoretical work, I led a team of researchers at Northumbria University to undertake a combined analysis of both CoMP and SDO data taken over a number of days throughout the Sun’s 11-year magnetic activity cycle. We were looking for how often this signal occurred and where in the corona it appeared. We found, to our surprise, that this signal was everywhere and appears to show little variation as the corona undergoes vast changes in its magnetic field through the solar cycle (Morton et al., Nature Astron. 2019). The observations seem to suggest that p-modes play an important role in exciting the coronal Alfvenic waves and make a contribution to the energy balance of the corona. Many numerical experiments of wave-based coronal heating ignore this additional mechanism for energy injection and appear to be missing a key piece of physics.

CoMP has shown the ability to make crucial and unexpected insights into how the Sun works. It is a fantastic instrument and has an extensive archive of data that has the potential to reveal many insights in to the corona’s Alfvénic waves. CoMP was recently decommissioned to make way for an upgrade that hopes to see first light in 2019. This new instrument will undoubtedly provide equally wonderful data, and I hope to use it to continue exploring the secrets of the Sun. 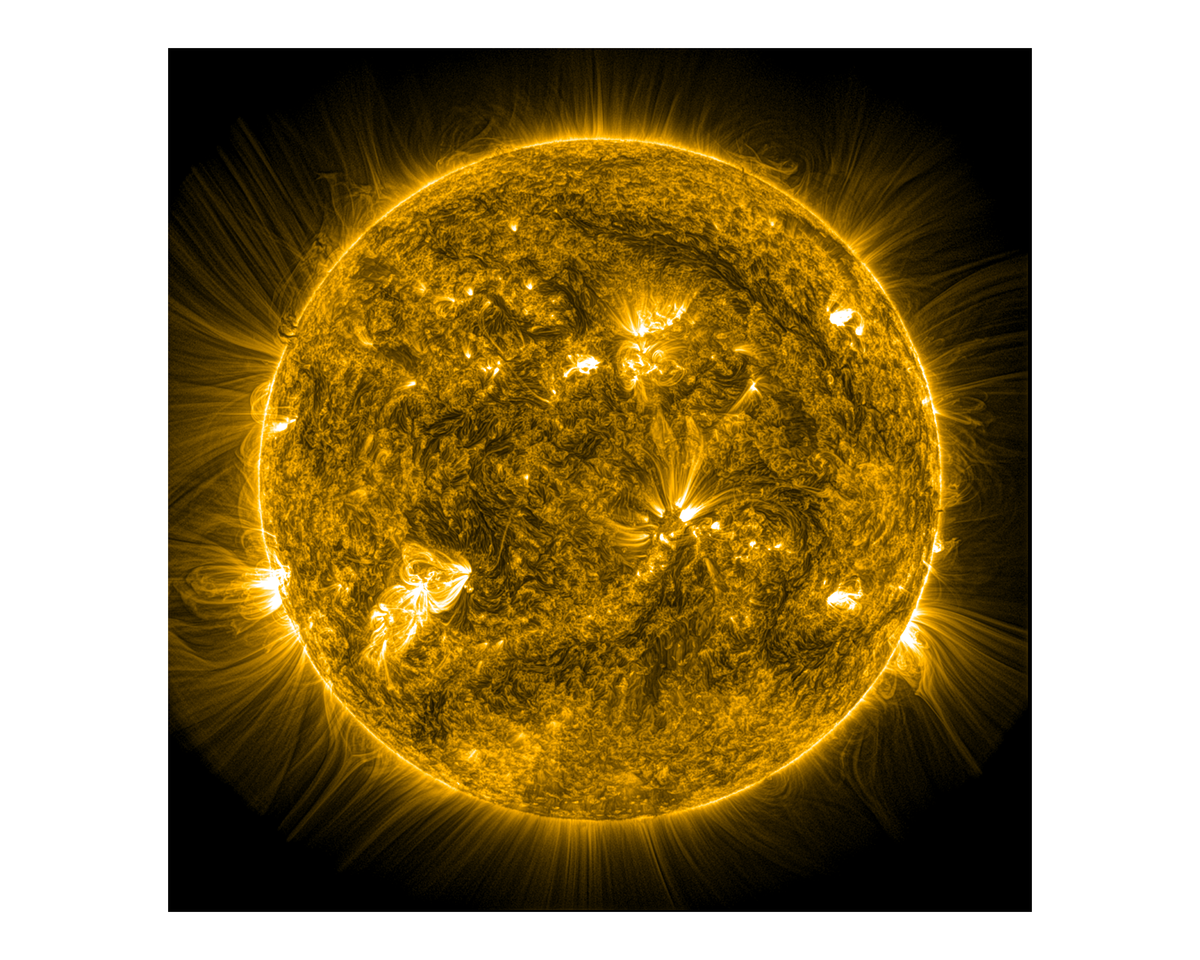 There are a number of long-standing problems in solar & stellar physics, one of which is how the outer layer of cool, magnetised stars’ atmospheres, the coronae, is heated to temperatures in excess of a million degrees. The high temperatures allows for the presence of highly ionised iron atoms in the gas that constitutes the corona. Another related difficulty is developing new instruments and methods that allow us to measure the strength and orientation of the magnetic field in the corona – which will be key for constraining the heating mechanism and is important for understanding the physics of space weather events (e.g., flares & coronal mass ejections). By exploring the Sun's corona in infrared, we are able to uncover some of the Sun's secrets.