A single gravitational-wave measurement, for example of extreme-mass ratio inspirals by LISA, can be used to verify the existence of light bosons by model selection, rule out alternative explanations for the signal and measure the boson mass.

Astroparticle physics, a field that has boomed since the 2000s, aims to learn about elementary particles through astrophysical observations. One focus of this field has been the study of bosons in very light mass regime -- an exciting area of research that has seen rapid developments with the improved understanding of the coupling between long quantum wavelength and astrophysical systems.

Extremely light particles will have long quantum wavelengths, allowing them to exhibit quantum behaviour on a large scale that would not be possible for typical, more massive particles. These particles could potentially solve -- for example -- the core-cusp problem of galaxies, where they could explain observed galactic cores (as opposed to theoretical cusps) due to quantum smoothening of their density on the scale of their wavelengths. Other interesting light boson candidates such as dilatons and moduli, and types of axion-like particles, could offer potential solutions to various problems in fundamental physics and cosmology.

The first common challenge in astroparticle physics involves finding sources that produce measurable particle signatures. The second challenge usually requires discriminating these signatures from other astrophysical sources (e.g., pulsars could mimic gamma-ray signatures from WIMPs). However, it would appear that ultralight bosons may be able to overcome both these challenge.

Indeed, if these light bosons exist, then they spin down rotating black holes of sizes roughly equivalent to their quantum wavelengths and create highly dense "clouds" of matter around them. This happens through a well-understood process called "superradiance." The shape of these clouds is related to the now spun-down black hole geometry, enabling us to predict the cloud profile theoretically.

When a smaller compact object inspirals the cloud within the gravitational geometry of the host, it emits gravitational waves. These waves allow us to not only predict the profile by extension of recording the host geometry but also to measure it directly. By obtaining both a prediction and a direct measurement, we can test if the direct measurement matches its theoretical prediction. By doing so, we could obtain stringent evidence for the existence of these bosons, rule out other sources that could mimic the signal and measure the boson mass.

We illustrate the methodology for such a test through model-selection by mapping our system to three independent measurements of the ultralight boson mass. We also show that this type of measurement is possible using observations of extreme mass-ratio inspirals (EMRIs) by the forthcoming Laser Interferometer Space Antenna (LISA).

Link to full paper with details. 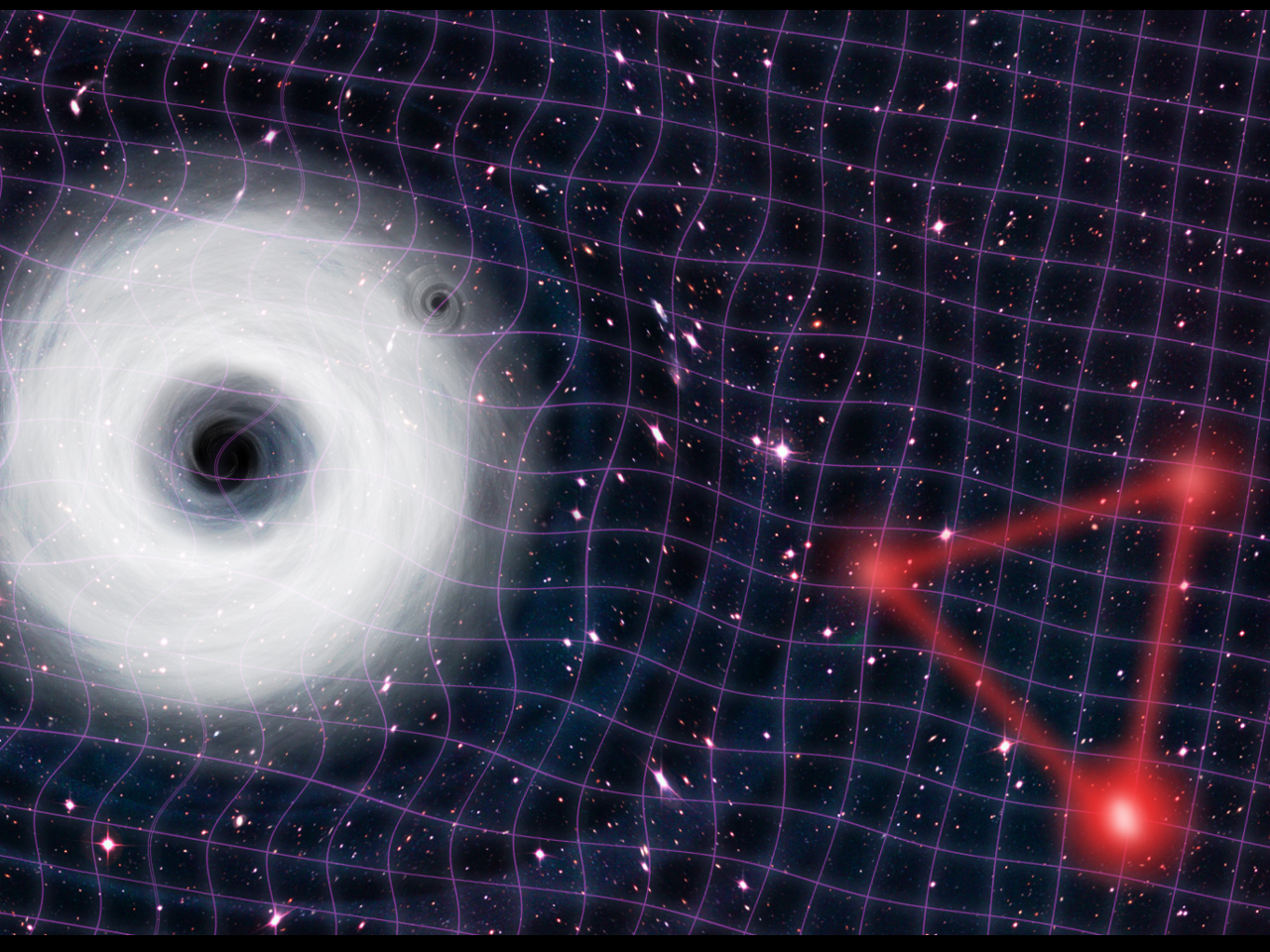