Ghostly Tributaries to our Galaxy: Catastrophic tale of the most massive globular cluster of the Milky Way

Tidal stellar streams are a special class of star structures that have recently gained a lot of importance in the field of astrophysics. These ''fossil'' remnant structures are extremely important as tracers of the galaxy formation process. The following article discusses the discovery of long sought-for tidal stream of Omega Centauri (ω Cen), the most massive globular cluster of our Galaxy. The newly identified 18 deg long star stream, detected in ESA/Gaia DR2 catalogue, will help to constrain the formation history of our Galaxy and guide future searches for ω Cen's remnant stars in the Milky Way.

The Milky Way galaxy is currently suffering from existential crisis.

By crisis I mean that we do not, or rather we only have a crude understanding of how our Galaxy was formed, how did it evolve; basically what are the set of physical events that led to the Milky Way as we observe it today. Indeed, this enigma happens to be one of the great outstanding problems of astrophysics. One  of  the  main  aims  of the Gaia mission by ESA has also been to probe the formation history of our Galaxy, by identifying the structures that formed in-situ and those that were accreted into it during the many past galactic merging events that are expected to have contributed to the Milky Way's present stellar distribution.

Tidal stellar streams represent the ''fossil'' remnants of ancient accretion events into a galaxy that have remained spatially and kinematically coherent, and are thus extremely important as tracers of the galaxy formation process. Streams are formed by the tidal disruption of the low mass star clusters or satellite galaxies as they orbit the host's gravitational potential. Besides testing the hierarchical merging scenario of galaxy formation in this way, the number of stellar streams can be used to put a lower limit on past accretion events into the galactic halo, and their orbital structures give extremely powerful means to probe the shape and the gravitational potential depth of the halo, and the underlying density distribution of the elusive dark matter in the Milky Way. All this is obviously exciting, but the challenge now is to find a large sample of tidal streams that can be mapped with high-quality data, and measure their structural and kinematic properties for various scientific endeavours.

Keeping the recently published second  data  release  (DR2) of ESA/Gaia mission in mind, we then developed the algorithm STREAMFINDER that searches for stream-like structures in datasets such as Gaia DR2.

Image gives an overview of the tidal stellar streams found up till now in ESA/Gaia DR2 using the STREAMFINDER algorithm. Fimbulthul stream is prompted with an arrow. The ω Cen cluster can be seen lying inside the box.

To date, the STREAMFINDER has allowed us to detect several star streams, out of which 14 are discoveries (see figure above). One of the streams that we detected readily grabbed our attention. This was the Fimbulthul stream (prompted with an arrow in the figure above, named after one of the rivers in Norse mythology that existed at the beginning of the world).

Fimbulthul structure contains 309 stars stretching over 18° in the sky. By modeling the trajectories of the stars we realized that Fimbulthul is a tidal stream torn off from the Omega Centauri (ω Cen ) - the most massive globular cluster in the Milky Way situated at 18,000 light years from us and containing several million stars that are about 12 billion years old (shown inside a box in the figure above. Also see figure below). Spectroscopic observations of 5 stars of this stream with the CFHT (the 3.6 meter Canada-France-Hawaii Telescope located in Mauna Kea, Hawaii) show that their velocities are very similar, and that they have metallicities comparable to the stars of ω Cen itself, which suggests that this stream is indeed linked to ω Cen.

ω Cen and surrounding stars that were tidally stripped away from it, based on the stellar properties and kinematics that resemble ω Cen and Fimbulthul. Stream-like structure emanating from ω Cen are highlighted in red (the Fimbulthul stream). The panel on the right shows the same image with particles from the N-body model (black) and the Fimbulthul stars superposed.

The intriguing bit is that the nature of ω Cen has been a subject of much debate: given the object's mass and high density, is it really a globular cluster, or could it be an escaped nucleus core of a dwarf galaxy? This last hypothesis is based on the fact that ω Cen hosts multiple stellar population, with a large range of metallicities that portray a formation over an extended period of time. Finding associated tidal debris stream emanating from the cluster along its orbit would mean an additional argument in favor of this hypothesis. This is because when a dwarf galaxy interacts with a massive galaxy like our own, stars are torn off by gravitational tidal forces, and these stars remain visible for a time as stellar streams, before becoming dispersed in the vast volume of the massive galaxy. Fimbulthul stream is indeed a living proof of this long sought-for tidal stream of ω Cen (as can be seen above), that reinforces the ''dwarf galaxy'' hypothesis.

Further modeling of the tidal stream will constrain the dynamical history of the speculated dwarf galaxy that was the progenitor of ω Cen, and allow us to find even more stars lost by this system into the halo of the Milky Way. In a wider context, this piece of information would eventually contribute in solving the overall jigsaw puzzle of the formation of the Milky Way galaxy. 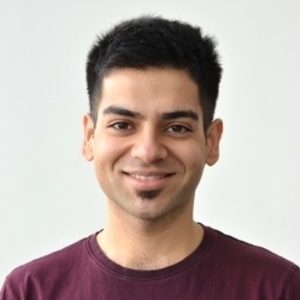 I am Khyati Malhan, an astrophysicist, working in the domain of Galactic Dynamics and Galactic Archaeology. In particular, I am invested in the detection and dynamical analyses of a special class of star structures known as Tidal Stellar Streams. My general research interests are dark matter, galaxy formation, galaxy evolution, globular clusters, dwarf galaxies and local group dynamics.
Follow