Titan’s seas are permanently submitted to an influx of large organic structures produced in the atmosphere by photochemistry and condensation. We have shown that part of this atmospheric material stays by capillarity at the surface of the seas. The damping effect of the resulting slicks is an explanation to the flatness of the seas as seen by the radar measurements of the Cassini space probe.
Nathalie Carrasco
Professor, University of Versailles Saint Quentin
Follow
Like Be the first to like this
0

Organic aerosols that sediment from Titan’s atmosphere may float, form a film and damp waves on Titan’s seas, according to computations. This damping effect could explain the observed smoothness of Titan’s seas. 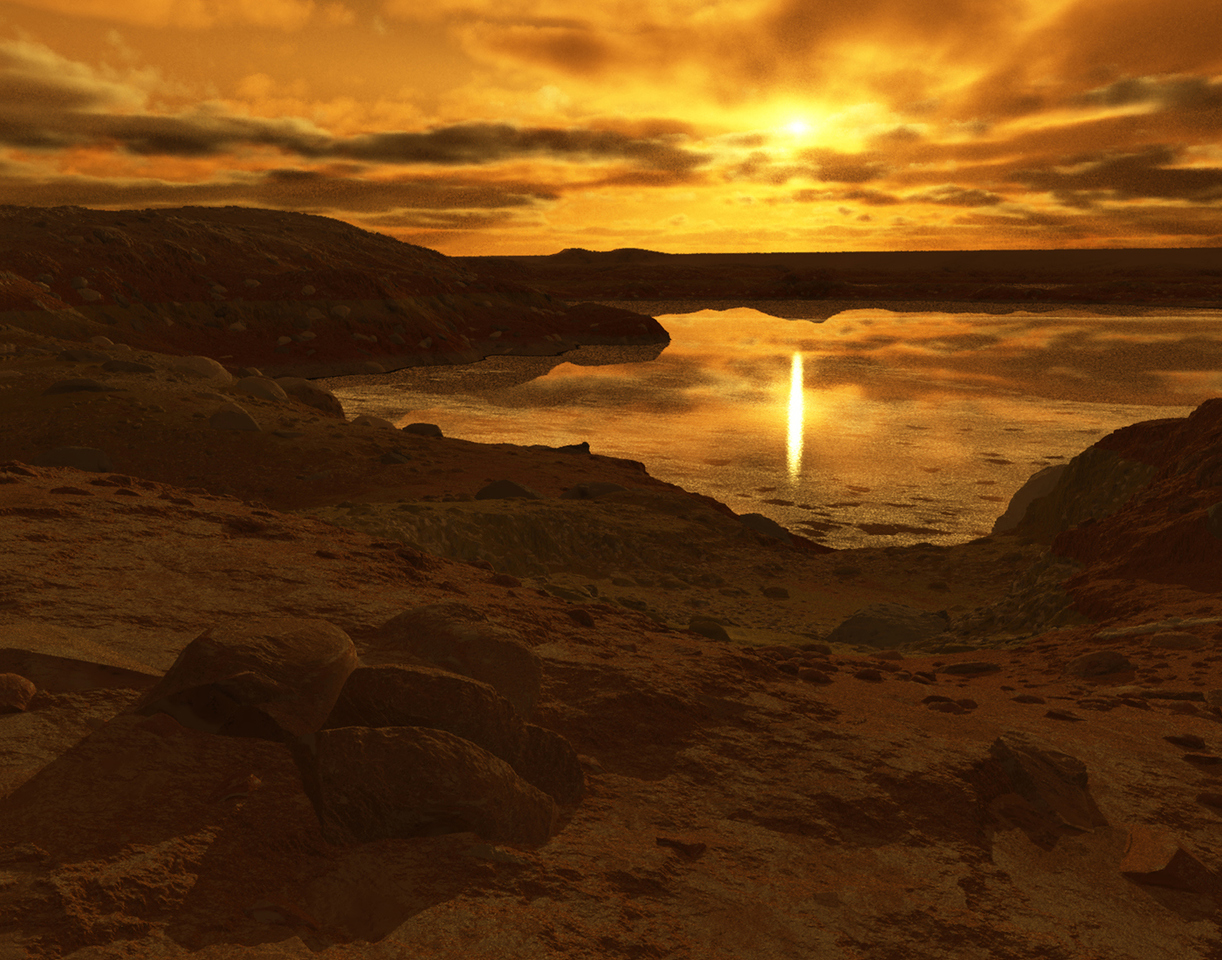