The chemical abundances of an extremely r-process-enhanced star reveal its accretion origin from a low-mass dwarf galaxy, which was disrupted after enrichment by a prolific r-process event.

As one of the large spirals in the Local Group, Milky Way has dozens of satellite dwarf galaxies within its viral radius. Small stellar systems like these dwarf galaxies are suggested to be the main building blocks of the Galactic stellar halo based on the current cosmological models. However, chemical abundance analysis exhibit there are marked differences between present-day dwarf galaxies and the stellar halo, implying these dwarfs may not be the counterpart of the true halo building blocks. The most apparent difference between the surviving dwarf galaxies and the Galactic halo are the abundances of α elements, such as Mg, Si, Ca and Ti. The [α/Fe] in dwarf galaxy stars are lower than the halo stars at comparable metallicity, especially in the intermediate metallicity range (-2<[Fe/H]<-1). If dwarf galaxies similar to present-day dwarf galaxies have been disrupted and merged into the Milky Way, the accreted stars with low [α/Fe] may exist in the Galactic halo.

The majority of metal-poor stars in the Galactic halo have chemical compositions that are enriched by α elements. Observed metal-poor halo stars preserved this pattern by exhibiting abundance ratios [α/Fe]~+0.4. A few striking exception that show severe departures from the general enhanced α-element abundance trends of the halo have been discovered in recent years. They possess relatively low [α/Fe] compared to other halo stars with comparable metallicity, implying a chemical enrichment history different from the majority of the halo stars. As such kind of low-α stars are usually found in the dwarf galaxies around the Milky Way, the low-α stars in the halo will be able to link dwarf galaxies to the halo.

In order to explore the assembly history of the Milky Way, my advisor Prof. Gang Zhao asked me to perform a search for low-α halo stars based on the LAMOST data. With its powerful spectra acquisition ability, LAMOST has obtained nearly 9 million stellar spectra, providing a great chance for searching of low-α stars.

Based on LAMOST low-resolution stellar spectra, we used a pipeline for automatic determination of Mg abundance and found more than 100 halo stars with sub-solar [Mg/Fe]. In collaboration with Drs. Aoki, Honda, Ishigaki and Mr. Matsuno from Japan, we obtained high-resolution spectra for a few of them by using Subaru telescope and discovered the first r-II halo star ([Eu/Fe] > 1) with sub-solar [Mg/Fe]. Similar stars have only been found in present-day dwarf galaxies, making this star named J1124-4535 to be a clear chemical signature of past accretion events. More importantly, the abundances of this star are in a good agreement with those of stars in Ursa Minor dwarf galaxy, suggesting it is originated from a low-mass dwarf galaxy similar to UMi.

The low-α stars are good tracers for exploring the assembly history of the Milky Way. But we have just performed high-resolution follow-up observation for a few of low-α stars through LAMOST-Subaru project for exploring their origin. Our team is looking forward to discovering more new features of this kind of stars. 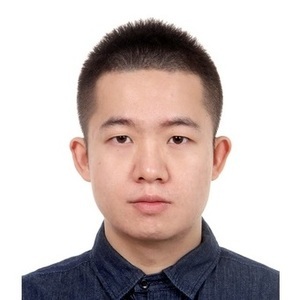