We report a new mechanism of dust destruction based on centrifugal force within extremely fast-rotating grains spun-up by radiative torques, which can successfully explain unusual properties of dust grains observed in the local environment of supernovae and massive stars.
Thiem Hoang
Senior Researcher/Professor, KASI
Follow
Like Liked by Ben Johnson
0

A predominance of small grains (tens of nanometres in size) over larger grains and the corresponding near- to mid-infrared excess radiation from H ii regions around massive stars and supernovae has been difficult to explain. Hoang et al. propose a radiative torque disruption method for large dust gr… 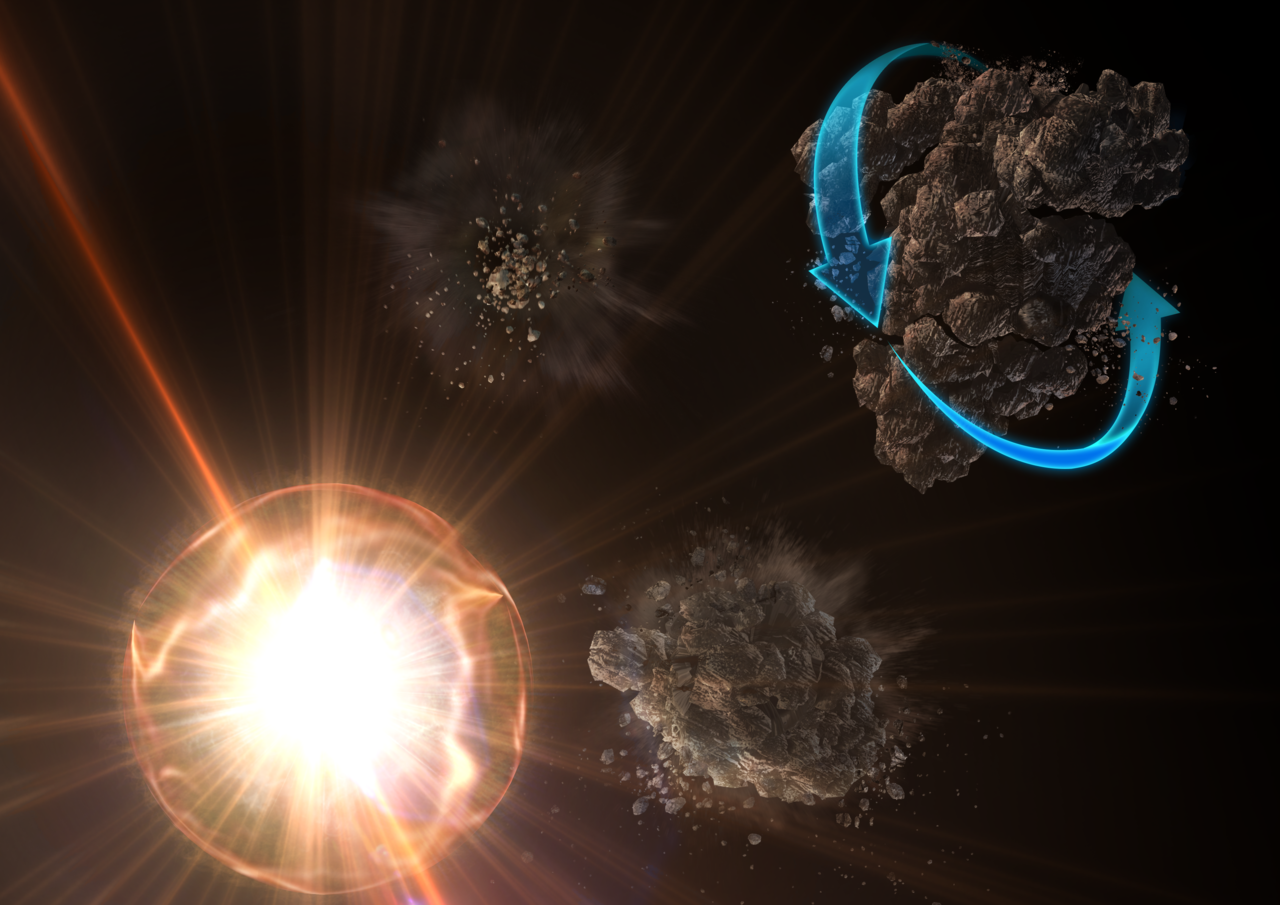