Asteroid 4 Vesta is considered to be a remnant of protoplanets that formed in the early Solar System. This asteroid provides a rare opportunity for us to understand the genesis and evolution of protoplanets. Recent studies on Vesta, following NASA’s Dawn mission, suggest that its evolution was more complicated than expected from previous studies. Here we propose a new evolutionary history of Vesta involving a giant impact to resolve the problems regarding Vesta based on precise chronological data of zircon crystals from mesosiderites which are enigmatic Vestan meteorites.

Since the agreement of the spectra refractivities between asteroid 4 Vesta and eucrite-howardite-diogenite (HED) meteorites was confirmed by McCord et al. in 1970, the HED meteorites are believed to have originated from Vesta. These meteorites consist of crustal materials but hardly contain mantle material, such as olivine, leading to a picture of Vesta that preserves its original structure composed of crust, mantle and metallic core.

The thickness of Vestan crust was estimated to be ~40 km based on magma-ocean crystallization models using the chemical compositions of HED meteorites. Before NASA’s Dawn mission, it was expected that mantle materials are exposed in the south pole basin because there is a giant crater whose diameter is almost equal to that of Vesta. The Dawn probe revealed that two giant craters are overlapping each other in the southern hemisphere and surprisingly the inside of the craters is totally covered with crustal materials. New simulation studies after the Dawn mission suggest that the Vestan crust has a total thickness of more than 80 km.

Another mystery of Vesta is its relationship with mesosiderites which are stony-iron meteorites that formed by mixing of crustal and molten core materials without mantle materials during a large-scale collision. Because all the mineralogical and isotope data of rocky parts of mesosiderites completely match with those of HED meteorites, mesosiderites are highly likely to have originated from Vesta. However, mesosiderite formation on Vesta would have resulted in a large-scale disruption of Vesta, which is quite different from the conventional view and has never been discussed.

The important point when we constructed the formation model of mesosiderites on Vesta is to leave Vesta without catastrophic disruption. As a result, we reached the conclusion that a hit-and-run collision can explain mesosiderite formation on Vesta successfully. Furthermore, we found that many problems regarding Vesta could be addressed by linking to this collision model. It was an unexpected result when starting this work.

In our new model, Vesta had a crust of ~40 km thickness after planetary differentiation. Then, a hit-and-run collision with an asteroid with a tenth its size occurred in the northern hemisphere 4525.4 million years ago. At that time, significant amounts of ejecta including crust and mantle materials with traces of molten core were produced, and subsequently most of them accreted on the southern hemisphere. At the early stage of the accretion, the collisional ejecta was well mixed with the original crust, where mesosiderites formed. After the accumulation of ejecta, the mantle in the southern hemisphere was overlain with a layer of >80 km thickness composed of original crust and impact ejecta. In previous works, HED meteorites were considered to have originated from ejection from the younger crater at the south pole. Because the impact that formed the younger crater should have dug up the deep materials which were enriched in crustal materials, Vestan mesosiderites resulted in lacking olivine.

The new evolution model of Vesta with a hit-and-run collision is the only one that can successfully explain many problems regarding the early history of Vesta as shown above. However, our model should be tested and refined by various approaches in future works, and we hope that many researchers from various fields will be interested in our work. In the end, we would like to thank the editor and reviewers for their devoted supports and contributions, which encouraged us and improved our paper. 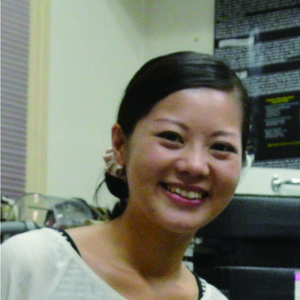