The dwarf galaxy NGC 4395, some 14 million light-years away, has long been known to harbor a massive black hole at its center. Exactly how massive, however, has proven hard to measure. We established that, at a distance of 80 light-minutes from the black hole itself, gas clouds orbit with a speed of about 950,000 miles per hour. Combined, these measurements yield a black hole mass of 10,000 times the mass of the Sun.

Astronomers believe that a supermassive black hole – as massive as several millions or even billions Suns – sits at the center of every galaxy that is as large as (or larger than) the Milky Way galaxy. Generally speaking, the larger the galaxy, the more massive its central black hole. What’s more intriguing is that, even though the so-called gravitational sphere of influence of a supermassive black hole is minuscule by galactic standards, the black hole is thought to play a critical role in shaping the large-scale properties of the galaxy it lives in. It does so by blowing galaxy-scale outflows of energy and matter, which in turn affect the fate of its host galaxy gas reservoir, and, ultimately, its ability to form stars. Whether a similar feedback mechanism takes place is not obvious when it comes to dwarf galaxies, i.e. galaxies that are one tenth of a Milky Way, or smaller. Even though dwarfs make up the overwhelming majority of the galaxy population out there, it is not clear whether all dwarf galaxies host a massive black hole at their center, and, if they do, whether the properties of those black holes, and chiefly their masses, scale with the overall galaxies’ properties the same way they do in larger galaxies. Part of the uncertainty has to do with the fact that standard “dynamical techniques”, which use the motion of gas and stars around the black hole to infer its presence, rely on being able to spatially resolve the black hole's gravitational sphere of influence. The smaller the black hole, the smaller the radius of its sphere of influence, and the more challenging the measurement.

Yet the fraction of dwarf galaxies that host a massive black hole is of great interest to astronomers. The reason goes beyond simple demographics; the “black hole occupation fraction” in today’s dwarf galaxies is expected to be sensitive to the very mechanism through which these giant black holes were born when the Universe was still in its infancy. Surprisingly, this remains an open question. We still don’t know whether today’s billion solar mass black holes were born from the collapse of the first stars – in which case they must have grown tremendously, by furiously swallowing matter around them – or started off as moderately massive objects arising from the global collapse of large-scale gas clouds, weighing up to tens of thousands of solar masses, and then grew at leisurely rates. While the direct detection of such supermassive black hole progenitors – also known as black hole seeds – is one of the main science drivers for the next generation of space-based observatories, learning about the properties of today’s massive black holes at the center of nearby dwarf galaxies can help us discriminate between these different scenarios, and thus learn about something that took place billions of years ago.

Owing to its vicinity – "only" 14 million light years – the center of the dwarf galaxy NGC 4395 has been the subject of extensive studies in the past. Shown above is an optical image of NGC 4395 taken with the Schulman Telescope at Mount Lemmon Observatory. The brightness of its nucleus signals the presence of an actively accreting black hole at its center – yet its actual mass has proven hard to nail down. Using data from a variety of ground-based optical telescopes, our team was able to infer a black hole mass of about 10,000 solar masses, about 40 times lower than previously thought. To do so, we employed a technique known as reverberation mapping. In short, this combines two key measurements: the first is a measurement of time delay, the second is a measurement of speed. It works as follows: owing to its high temperature, the dense gas that’s spiraling towards the black hole in the form of an accretion disk emits optical and UV radiation. As this radiation reaches a cloud of material farther out from the black hole, it causes specific atomic transitions, which, in turn, cause emission lines of very specific colors (typically from the Balmer series of hydrogen). Any variation in the disk radiation brightness will induce a corresponding variation in the line brightness – yet with a time delay, which roughly corresponds to the light-travel time between the disk and the line-emitting cloud. Using data from the MDM, MLO and LOAO observatories, we estimated that it takes about 80 minutes for the disk radiation to reach the line-emitting region in the nucleus of NGC 4395. Next, we took a measurement of the intrinsic speed of the line-emitting region itself, which was based on high-quality spectra taken with the GMOS spectrometer on GEMINI North; 426 km/sec, or about 950,000 miles per hour. Combined, the time-delay and speed measurement yield a black hole mass that is about 40 times lower than previous estimates, and amongst the smallest central black hole masses reported.

This result comes out of a partnership between University of Michigan Astronomy and the Department of Physics and Astronomy at Seoul National University. This project is, above all, a testimony to human endurance. Twice before did we attempt to carry out strictly simultaneous observations with multiple telescopes to obtain a time-delay measurement for NGC 4395. Twice before was our program “weathered-out”, which is astronomers’ jargon for bad weather hampering the ability to carry out successful observations from the ground (this is why some of us prefer to work with space-based data). Perseverance, aided by some degree of cooperation on NGC 4395’s part (we needed the disk brightness to vary during the observations!), eventually yielded a reliable time-lag measurement. In combination with a high-quality GEMINI spectrum, these data combined to supersede previous efforts to estimate the mass of the black hole sitting at the center of this tiny galaxy. It’s “only” 10,000 times more massive than our own Sun; the lightest black hole mass yielded by reverberation mapping so far, and one of the lightest overall to be found. 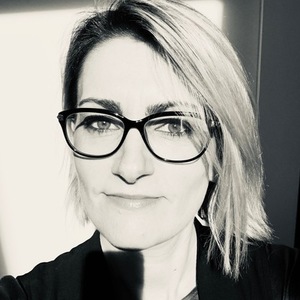