Witnessing the birth of the Milky Way

Our Galaxy's halo is thought to be shaped via the merger of smaller structures orbiting it. The combination of Gaia DR2 data and modern CMD fitting techniques has unveiled the early processes leading to the formation of the Milky Way, dating the merger with Gaia-Enceladus 10 billion years ago.

The European Space Agency mission Gaia was launched on 19 December 2013 around 9:12 UTC, starting an exciting and challenging period to greatly enhance the knowledge on our own Galaxy, the Milky Way. On 25 of April 2018, Gaia made publicly available its second data release, giving rise to a chain of discoveries without precedent. The findings of phase space inhomogeneities suggesting that the Milky Way disc is dynamically young, the characterisation of the movement of dwarf galaxies in orbit around our Galaxy, or the existence of stars flying between galaxies are just some examples of how Gaia is improving what we know of our cosmic home, the Milky Way.

Among the myriad discoveries, one especially caught our attention. When representing the magnitude of each star as a function of its colour (blue to red, what we call colour-magnitude diagrams, CMD) for stars showing large transverse velocities (i.e. belonging to the halo), a striking double (blue/red) sequence appeared (Gaia Collaboration, Babusiaux et al. 2018). This double-sequenced CMD confirmed former hints of the presence of two distinct components in the inner part of our Milky Way's halo. Some works started suggesting that the blue sequence was linked to a major merger that our Galaxy experienced some 10 billion years ago (Gaia-Enceladus, Helmi et al. 2018). However, the precise origin of the red sequence was unclear, and it was generally associated, because of its chemical composition, with the Milky Way thick disk. However, the lack of accurate ages of the stars forming the two sequences precluded a clear understanding of the nature of the red sequence. The mystery was on the table and we immediately thought that we could provide key insights on the topic.

For a group composed by experts on the characterisation of stellar populations via the analysis of CMDs this was an opportunity not to be missed. Thus, we put together all our expertise, acquired over the years, and the newly released Gaia data to compare this double-sequenced observed CMD with synthetic CMDs coming directly from the stellar evolution theory. This technique had been proven successful at studying the rate of star formation and the chemical enrichment over the entire evolution of dwarf galaxies in our Local Group. This was the first time that such technique was applied to Gaia data beyond the immediate solar neighbourhood, enabling the characterisation of the stellar age and metallicity distributions for large samples of stars in our Galaxy for the first time. Our findings were unambiguously unveiling the early history of our Galaxy, and they told a somewhat different story than what was becoming the accepted paradigm forged in about half a year from the Gaia second data release.

This discrepancy became evident to us at the conference entitled “The life and times of the Milky Way”, held in Shanghai in November 2018. During its first day, many speakers mentioned the mysterious double sequence and its relationship with the major merger with Gaia-Enceladus (or the 'sausage', or the 'blob', as different teams were calling the object). But the ages that were generally adopted to interpret the data were those derived many years ago for just a handful of stars in the two sequences and in the thick disk. These ages indicated that the stars in the accreted blue sequence were younger than those in the red sequence, originated in a primordial Galactic disk. This was at odds with our discovery, based on a reliable age distribution for tens of thousands of stars, and implied a qualitatively different scenario for the first events shaping the early Milky Way.

We discovered that the stars forming both sequences shared a basically identical age distribution and were older on average than the Milky Way's thick disk, which contained stars as old as those in the two halo sequences, but also younger stars. The different location in the CMD of the two sequences was due to their different enrichment history: the blue sequence was formed by stars of lower metallicity than the stars in the red sequence. To put these findings within a cosmological context, they were compared to predictions from state-of-the-art cosmological simulations from our group. Accordingly, some 13 billion years ago, two distinct systems were evolving. On the one hand, the massive Milky Way progenitor evolved quickly, enabling their stars to have high metallicities. On the other hand, a lower-mass system was also forming stars but was unable to reach such high metallicities owing to its lower mass (mass-metallicity relation). According to our analysis, 10 billion years ago both systems merged, heating up a fraction of the stars formed in a thick disk configuration in the Milky Way progenitor, to acquire a halo kinematics. The higher-metallicity, Milky Way progenitor stars that were heated up form the red sequence whereas the lower-metallicity, Gaia-Enceladus stars compose the blue sequence. Apart from such early events, our analysis also suggests that the merger further stoke star formation in the Milky Way thick disk, which had been continuosly forming stars since the earliest time. Our findings also suggest that stars continued forming in a thick disc configuration for a further two billion years until a transition to a thin disc (stars distributed according to a thinner distribution and dominated by younger stars) happened around 6 to 8 billion years ago.

We are living exciting times in Astronomy, and this is nothing but the start of what we will learn in the years to come. The combination of advances in the observing techniques, together with the different techniques and analysis tools developed by Astronomers all around the world over centuries, is currently boosting our knowledge on the Universe. Stay tuned, because the best is still to come.

For more details, read our Nature Astronomy paper and check out the animation we prepared of the merging process. 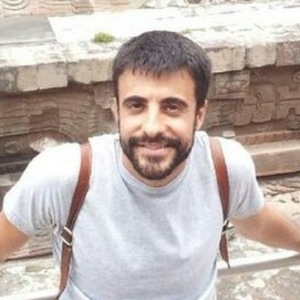