Where asteroids originally formed is crucial for understanding the evolution of the Solar System, but is still under debate. Volatile species in meteorites provide hints for the former locations of their parent asteroids.

Dynamical models of the Solar System evolution have suggested that the orbits of giant planets changed from their original locations. Such planetary migration is believed to commonly occur in exosolar systems. These models also predict that some asteroids once formed in the outer Solar System despite being currently located in the asteroid belt between the orbits of Mars and Jupiter; however, when the orbits of giant planets evolved, they were scattered and transported to the current positions by the strong gravity of giant planets. Thus, the original formation locations of asteroids provide clues for understanding how the architecture of our Solar System has been constructed.

Such rock-forming elements, however, have condensation temperatures in the disk too high to tell us the ambient temperatures of meteorite parent asteroids, that is, the original formation locations. The ambient temperatures of asteroids are potentially elucidated from the abundances of volatile species such as carbon compounds in meteorites. Carbonate minerals in carbonaceous meteorites formed in the meteorite parent bodies from such carbon-bearing volatile species. However, much is unknown about the nature of the carbon-bearing volatile species, and therefore, there have been no valid experimental data indicating the formation locations of asteroids.

In the present work, we analyzed the carbon isotope ratios (ratios of carbon-13 to carbon-12) of carbonate minerals abundantly present in the Tagish Lake meteorite (which fell in Tagish Lake, located in the western part of Canada, in 2000), and found that carbon in the carbonate minerals is enriched in 13C by approximately 7% compared to a terrestrial standard material. Such 13C-rich isotopic compositions are rarely found for organic compounds in meteorites, indicating that the carbon in Tagish Lake carbonates was likely derived from inorganic CO2 ice in the parent body. Furthermore, the estimated carbon isotopic composition and the CO2/H2O ratio of the Tagish Lake ice are consistent with those of cometary ice. These results indicate that a D-type asteroid, which is thought to be the parent body of the Tagish Lake meteorite, formed under an extremely low temperature environment where CO2 could have condensed in the outer Solar System farther out than Jupiter's orbit, and it subsequently migrated to the asteroid belt.

The similarity between D-type asteroids and comets indicates that information about comets as well as trans-Neptunian objects may be obtained by studying D-type asteroids, and the information will be important for future planetary exploration missions. Furthermore, the fact that outer Solar System materials are present in the inner Solar System may suggest that the volatiles on the inner planets including Earth have the outer Solar System origins to some extent and were perhaps delivered by comets. 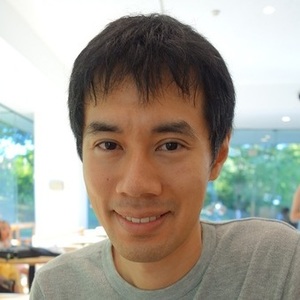