A geomorphologic analysis of simple craters on the Moon reveals its polar regions may have significantly more water ice than previously thought. Understanding the distribution of these deposits is important in preparation for a future long-term lunar exploration mission.
Lior Rubanenko
Graduate Student, UCLA
Follow
Like Be the first to like this
0

Ice deposits up to around 50 m thick infill some craters near the Moon’s south pole and Mercury’s north pole, as inferred from the poleward shallowing of simple craters. 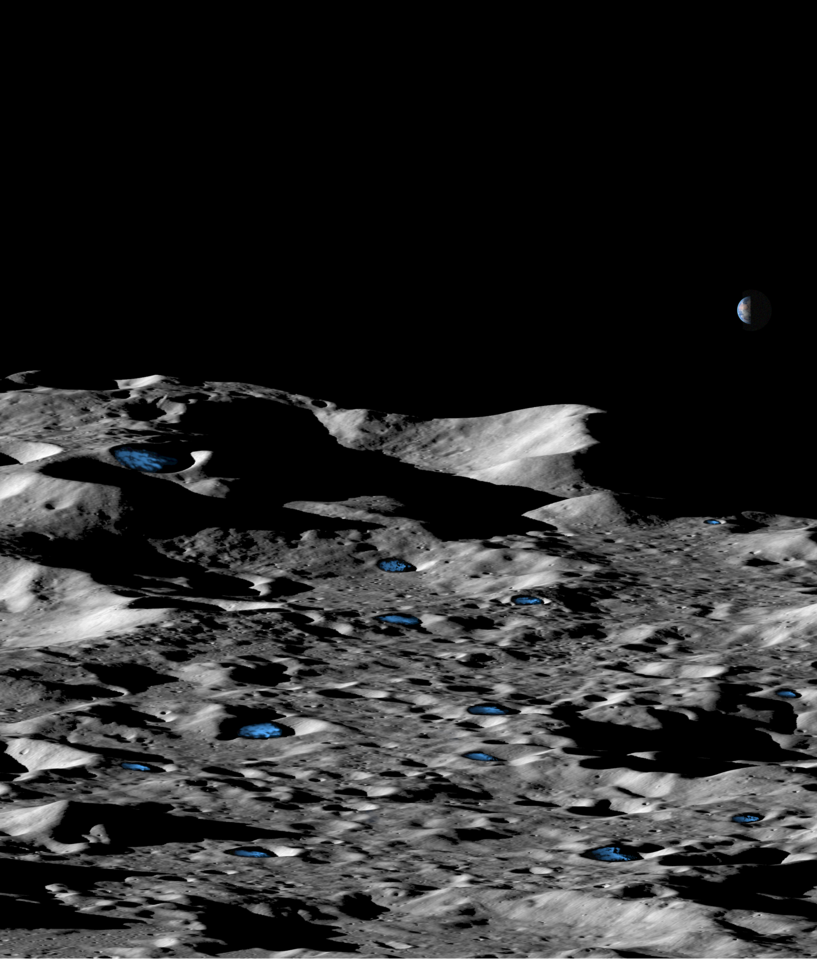