New research links the sulfur content of lunar volcanic rocks with the presence of iron sulfide in the lunar interior, with implications for the lunar inventory of iron-loving, or highly siderophile elements and estimates of the late accretion flux to the Earth-Moon system.
James Brenan
Professer and Department Chair, Dalhousie University
Follow
Like Liked by María I. Varas-Reus
0

The abundance of iron-loving elements in Moon rocks cannot indicate the amount of late accretion onto the Moon, according to experiments and thermodynamic calculations constraining the behaviour of these elements under lunar mantle conditions.

The iron-loving, or highly siderophile elements (HSE) are sensitive tracers of the tail end of accretion of material to the terrestrial planets, and therefore provide constraints on early solar system processes.  Estimates of this late accretion flux derive from the HSE abundances of samples from planetary mantles (the silicate “shell” of the planet). This is because the HSE would have been quantitatively removed from the planetary mantle by the iron that formed the planetary core.  As the thinking goes, any traces of the HSE measured in mantle-derived rocks would source from material delivered to the planet after core formation, hence at the very end stages of accretion.  The chondritic meteorites are actually quite enriched in the HSE, so, for example, it is estimated that a mass of approximately 0.5 wt% of this material is required to reproduce the current levels of the HSE in Earth’s mantle.  So, what about the Moon?  It was July, 2006 and I was at a meeting of specialists in the geochemistry of the HSE at the University of Durham (UK).  Dr. James Day (now at Scripps) presented the results of a now seminal study of the HSE content of lavas produced by melting of the lunar mantle (that work was published in Science the following January, coauthored by Graham Pearson and Lawrence Taylor), which was used to estimate the HSE concentration in the lunar mantle.  The key finding was that the lunar mantle HSE estimate was much lower than expected, assuming a uniform flux to the Earth and Moon, scaled to their gravitational cross sections.  This was quite a surprise, leading to some revision in how we think about the last stages of planetary accretion, and new views emerged that emphasized the role of stochastic processes, involving fewer and larger impacts, some of which would add to the Earth, but not the Moon.  Unfortunately, we don’t have any identifiable samples of the lunar mantle brought back by any of the Apollo or Luna missions, and estimating the lunar mantle composition of the HSE from lunar lavas can be a little tricky, for a couple of reasons.  First, it is really important to know if there are any phases in the lunar mantle that might selectively “hold back” the HSEs, thus resulting in low levels in lunar basalts, despite high levels in the lunar interior.  The second is whether or not the concentrations of HSEs in lunar lavas are affected during their transit from the mantle to the lunar surface.  James Day’s result got me thinking that perhaps there had not been given adequate attention to the first issue, and that iron sulfide, which is the most important host for these elements in Earth’s mantle, may also be present in the lunar mantle.

At that point I thought, great now all we have to do is incorporate iron sulfide into a reasonable melting model, and “reverse engineer” the lunar mantle source composition using the surface lava data.  My colleague Jim Mungall at Carleton University and I had developed a fairly sophisticated melting model that did a very good job at reproducing the HSE content of terrestrial lavas, so we were pretty confident we could do the same here.  It turns out, however, that, for all reasonable input mantle compositions, we simply could not reproduce the HSE content, and importantly, the relative HSE abundances of lunar lavas.  However, the HSE characteristics of lunar lavas bears a strong resemblance to the composition of the lunar “soil” that has developed over billions of years on the lunar surface.

This “soil”, or regolith, is comprised of both the rock that was once exposed on the lunar surface, and the debris from meteorite impacts.  The HSE content of the regolith is >1000x higher than our calculated lunar lava composition, such that even minute quantities of regolith incorporated into the lava as it flowed onto the lunar surface would seriously disturb the “primary” HSE abundances.

For various reasons, we still think that the HSE content of the lunar mantle is low, but we don’t know how low, and we also don’t know how variable it is.  So, at this point the lunar HSE abundances are not so well constrained, and probably not the best indicator of the amount of material delivered to the Moon late in the accretion process.

Firmer constraints will come from analyses of lunar mantle samples, which so far have remained elusive.  Fortunately, recent remote sensing observations have suggested that olivine-rich rocks, the kind that would likely make up the lunar mantle, may be exposed within the Schrödinger and Zeeman craters, located in the South Pole Aitken basin.  It's pretty exciting to think that we might go back to the Moon, and perhaps one day return samples of the lunar mantle!

Full text of the article is published in Nature Geoscience.

James Brenan
Professer and Department Chair, Dalhousie University
Follow
James is an experimental geochemist interested in how planets form and differentiate. He received his PhD in 1990 from Rensselaer Polytechnic Institute, with subsequent postdoctoral work at the Geophysical Laboratory (Carnegie Institution of Washington), then Lawrence Livermore National Lab. James was a faculty member at the University of Toronto from 1996-2016, then joined Dalhousie University in 2016 as Department Chair. Work done earlier in his career focused on the role of high pressure fluids in the formation of magmas at convergent margins. Subsequent research has been to better understand the behaviour of the highly siderophile, or iron-loving elements, during core formation, mantle evolution, and ore deposit formation. 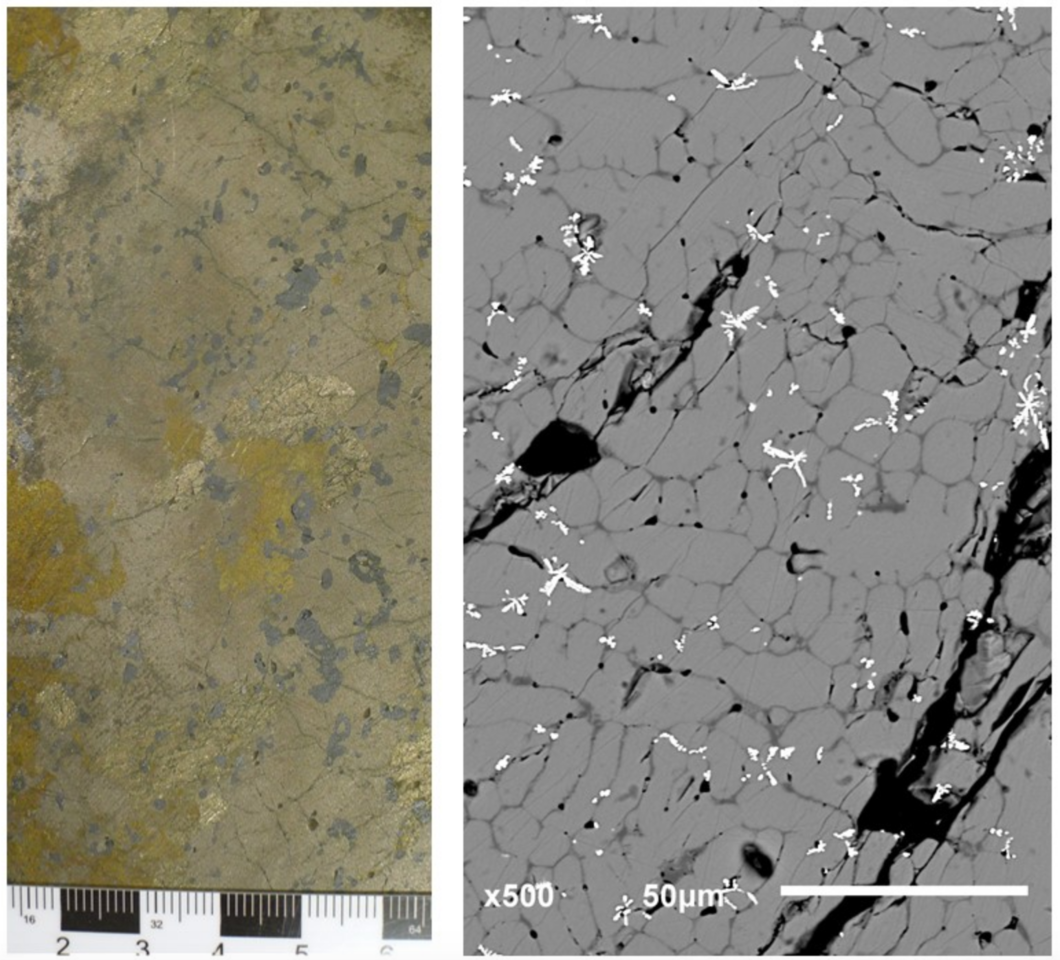 New research links the sulfur content of lunar volcanic rocks with the presence of iron sulfide in the lunar interior, with implications for the lunar inventory of iron-loving, or highly siderophile elements and estimates of the late accretion flux to the Earth-Moon system.