Surprisingly, hot Jupiters all have the same temperature on their nightsides

Short-period gas giants, commonly known as hot Jupiters, are exoplanets that are about the same size as Jupiter, but orbit extremely close to their host stars.  Much like how the same side of the Moon always faces the Earth, hot Jupiters have daysides that permanently face their host stars, and nightsides that always face the darkness of space. Heat has been detected on the nightside of every hot Jupiter so far, meaning it gets transported there through atmospheric processes, e.g., winds or atmospheric waves. The best way to test the different heat transport models is to measure dayside and nightside temperatures of these planets.

Astronomers measure the nightside temperatures of exoplanets using orbital phase curves, the change of brightness as a planet orbits around its host star. Hot Jupiters have orbital periods of only one or two days, so we can monitor them continuously for an entire orbit. We collected all published hot Jupiter full-orbit phase curves, acquired with the Spitzer and Hubble space telescopes at multiple infrared wavelengths, and used Gaussian process regression (a machine learning technique) to estimate the effective dayside and nightside temperatures of each planet.

Unsurprisingly, the daysides are hotter on planets that receive more stellar irradiation. The daysides vary between about 1600 and 3900 K, and closely track the incident stellar flux, despite the diversity of the planets with regards to size, mass, and rotation.

The nightside temperatures were expected to vary from planet to planet due to the disparate dayside temperatures and variance in atmospheric dynamics due to different planetary radii, masses, and rotation periods. Surprisingly, we found that their nightside effective temperatures are all around 1100 K.  It’s as if the nightside of these planets doesn’t care how much starlight is hitting the dayside.  This means that the atmospheric physics in our models is wrong, or at least incomplete. The most likely culprit is clouds (we used cloud-free models).

The uniform nightside temperatures can be explained if hot Jupiters all have clouds with a similar composition on their nightsides. With a cloud-top temperature of 1100 K, these clouds would have to be made of vaporized minerals like sulfides and silicates that condense to form clouds, obscuring the underlying thermal radiation.

Although hot Jupiter clouds are exotic compared to the ones we’re used to on Earth, the basic physics behind cloud formation is the same: atmospheric motion brings vapor to a cooler region where it condenses.  But in detail, clouds are notoriously complicated. Anything we learn about cloud formation on extrasolar planets can be used to better understand clouds on other planets in the Solar System, and most importantly, on Earth.

Upcoming space telescopes like James Webb and the European Space Agency’s ARIEL mission will be able to characterize what types of clouds are present on the nightsides of hot Jupiters by observing them at shorter and longer wavelengths. In the meantime, theorists are hard at work improving hot Jupiter cloud and atmospheric circulation models. 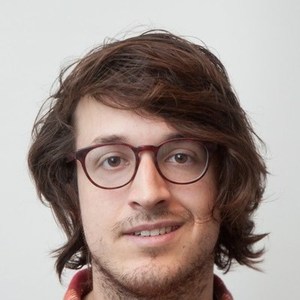