For more than 30 years scientists have been wondering why all the young star clusters in the Large Magellanic Cloud have compact cores, while the old ones show both small and large cores. The key to solve the puzzle was the empirical determination of the "dynamical age" of five old globular clusters

Globular Clusters are aggregates of many (up to a million) stars. They are “alive” systems where the mutual gravitational interactions among stars change their structure over the time  (the so-called "dynamical evolution"). Because of such interactions, heavy stars tend to progressively sink toward the central region of the cluster, while low-mass stars can escape from the system. This yields a progressive contraction of the innermost region (the cluster core), producing an impetuous increase of its density virtually toward infinity: the so-called "core-collapse" stage. Thus, clusters born with a given size progressively develop more and more compact cores, as a result of their internal dynamical evolution. The timescale of these changes depends in a complex way on the initial and the environmental conditions, and thus differ from cluster to cluster.

While determining the formation epoch of a cluster (corresponding to the chronological age of its stars) is relatively simple, measuring its "dynamical age" (corresponding to the level of dynamical evolution it reached since formation) is much more challenging. Following an analogy to human experience, as people with the same biological age can be in very different physical shapes, so stellar aggregates with the same chronological age can have reached quite different levels of dynamical evolution.

Indeed by studying the BSS populations in a large sample of Milky Way globular clusters we have been able to rank these systems in terms of the level of dynamical evolution they reached so far. This also allowed us to find a solid empirical confirmation of what expected on the basis of the arguments discussed above: clusters in advanced stages of dynamical evolution do have more compact cores, than dynamically younger systems.

Of course the next step in this line of investigation was to apply the same method to star clusters in other galaxies, and the Large Magellanic Cloud (LMC) was indeed the closest and hence the most natural target!

The LMC was also the most intriguing target! In fact, there is a 30-year old dilemma pertaining the LMC clusters, the so-called "size-age conundrum": why all the young star clusters in the LMC are compact, while the old ones show both small and large sizes?

Up to now, the most accepted solution to the dilemma was that all clusters in the LMC formed compact, then they suffered more or less significant expansions of their core driven by populations of binary black holes.

But, is this really the answer? Indeed our investigations of the dynamical ageing of Milky Way globular clusters showed that compact cores tend to be produced as time passes (which is just the opposite!). For this reason we were doubtful about the common interpretation of the LMC dilemma, and we decided to further investigate the topic.

In our analysis we collected evidence suggesting that the observed age-size distribution of LMC clusters is the natural consequence of two facts:

(1) Only low-mass systems have formed recently (in the last ~3 Gyr) in the LMC, and essentially all of them were generated in the innermost regions of the galaxy. Hence, they surely cannot resemble the progenitors of the currently old clusters, which are much more massive (by up to factors of 100) and orbit at any distance from the centre of the LMC. Among the young generation of (low-mass) clusters, only the most compact systems survived and are observable: hence we do not see young clusters with large core-size just because, if formed, they have been already disrupted by gravitational interactions within the LMC potential.

(2) The spread in size observed for the old clusters is the natural consequence of their internal dynamical evolution.

To prove the latter point, we had in hand the right tool: the dynamical clock! What we needed was a sample of old LMC clusters with different core sizes and with a set of high resolution images deep enough to properly measure the population of BSSs. Thus we started to dig the Hubble Space Telescope (HST) Archive searching for this data-set. Fortunately we found a wonderful set of ultra-deep images acquired in different filters with the WFC3 and ACS cameras onboard HST for five old clusters (all with the same chronological age: 13 Gyr) showing quite different core sizes (ranging from 1 to 7 parsec): NGC 1466, NGC 1841, NGC 2210, NGC 2257, and Hodge 11. Indeed this was the ideal data-set to measure the stage of internal dynamical evolution  reached by these clusters via the BSS sedimentation level and thus confirm our scenario.

The application of the dynamical clock in the LMC clusters is much more tricky than in our galaxy because field stars (not belonging to the clusters) can strongly contaminate the region of the colour-magnitude diagram where BSSs are selected. The situation appeared particularly critical for two clusters (Hodge 11 and NGC 2210). However  the use of appropriate parallel HST observations in the cluster vicinities allowed a detailed statistical decontamination of the BSS samples.  Indeed, the LMC field stars turned out to be slightly brighter and redder than the bulk of genuine BSSs, thus affecting only the reddest portion of the population. Hence, the statistical decontamination was quite effective and the results were surprisingly stable: over 5000 repeated subtractions, the measure of the BSS sedimentation level showed a very peaked distribution with a small dispersion, thus certifying the reliability of the measure.

Finally, we had in hand a solid estimate of the BSS sedimentation level for all the five selected clusters, confirming that these systems experienced different degrees of dynamical evolution since their formation. These results allowed us to rank the five clusters in terms of their dynamical age.

The level of BSS central sedimentation shows a nice anti-correlation with the core-size, in perfect agreement with what found for the Milky Way clusters. Indeed, this is the direct evidence that the differences in core size among these old and coeval LMC clusters are mainly due to processes of internal dynamical evolution, confirming the alternative reading of the observed size-age dilemma, with no need of exotic populations of binary black holes.

Thus, from one side, the obtained results deepen our understanding of the processes that govern the internal dynamical evolution of dense stellar systems in different environments and allow a direct connection between the old globular clusters in the LMC and those in our Galaxy. From the other side, they offer an alternative (and less exotic) reading of the long-standing LMC conundrum, with a strong impact on our understanding of star cluster formation and their evolution over cosmic time.

Moreover, as it often happens in science, while answering an old dilemma, this discovery is already posing a new, probably deeper, question that need to be addressed: why only relative low-mass clusters formed in the last 3 Gyr in the LMC?

More information can be found at Cosmic-Lab. 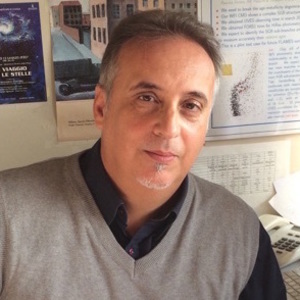