Some lake basins in the polar regions of Titan may be craters from nitrogen vapour explosions due to past warming, according to analysis of their morphology in comparison to terrestrial explosion craters from magma–water interaction.

The Cassini-Huygens mission has unveiled a world that is both strange and familiar to our own, with vast equatorial dune fields, mountains and, perhaps most astonishingly, lakes and seas filled with liquid hydrocarbons, mostly methane with dissolved nitrogen. Titan is the only extraterrestrial body currently known to support standing bodies of liquid on its surface. Just as Earth’s history is tied to its oceans, Titan’s origin and evolution are chronicled within the nature and evolution of its lakes and seas and their interactions with the atmosphere and surface. While Titan currently possesses a methane dominated “hydrological” system, given the short photochemical lifetime of methane and in the absence of frequent outgassing of methane from the interior it is likely that Titan’s past included methane-depleted periods in which nitrogen dominated and surface conditions were colder than today. It is from this cold past, that the small lakes, also referred to as sharp-edge depressions (SED), with raised rims, some possessing rampart-like features, such as Winnipeg Lacus (78° N, 155° W)and its surrounding lakes, may have originated.

Delay-Doppler processed altimetric and bathymetric data acquired during Cassini’s last close flyby of Titan (T126; 22 April 2017) in conjunction with morphological and quantitative analysis suggest that SEDs with raised rims could be craters that result from explosive eruptions due to vaporization  of liquid molecular nitrogen in the shallow subsurface during a warming event or events in colder nitrogen-dominated periods in Titan’s past.  During such a period, liquid N2could have existed near its equilibrium vapour pressure in the shallow subsurface of the poles such that a small temperature variation produced by a warming event could result in a rapid rise of its vapour pressure. The phase transition from liquid to vapour and the subsequent pressurization of subsurface N2gas could have resulted in an explosive eruption resulting in a crater where the ejected material from the crater interior forms a rim. Indeed, terrestrial explosive crater morphology typically produced by phreatic and phreatomagmatic eruptions consisting of relatively flat floors, raised rims and rampart-like borders is analogous to the morphology of Titan’s SEDs with raised rims with and without rampart-like borders. This may not be the first time such a process has occurred in our Solar System. On Triton, Neptune’s largest moon, a similar phase transition process due to warming events (probably solar insolation though geothermal heating may have played a role) likely produced at least two geyser-like eruptions captured by Voyager 2 during its flyby of Triton. 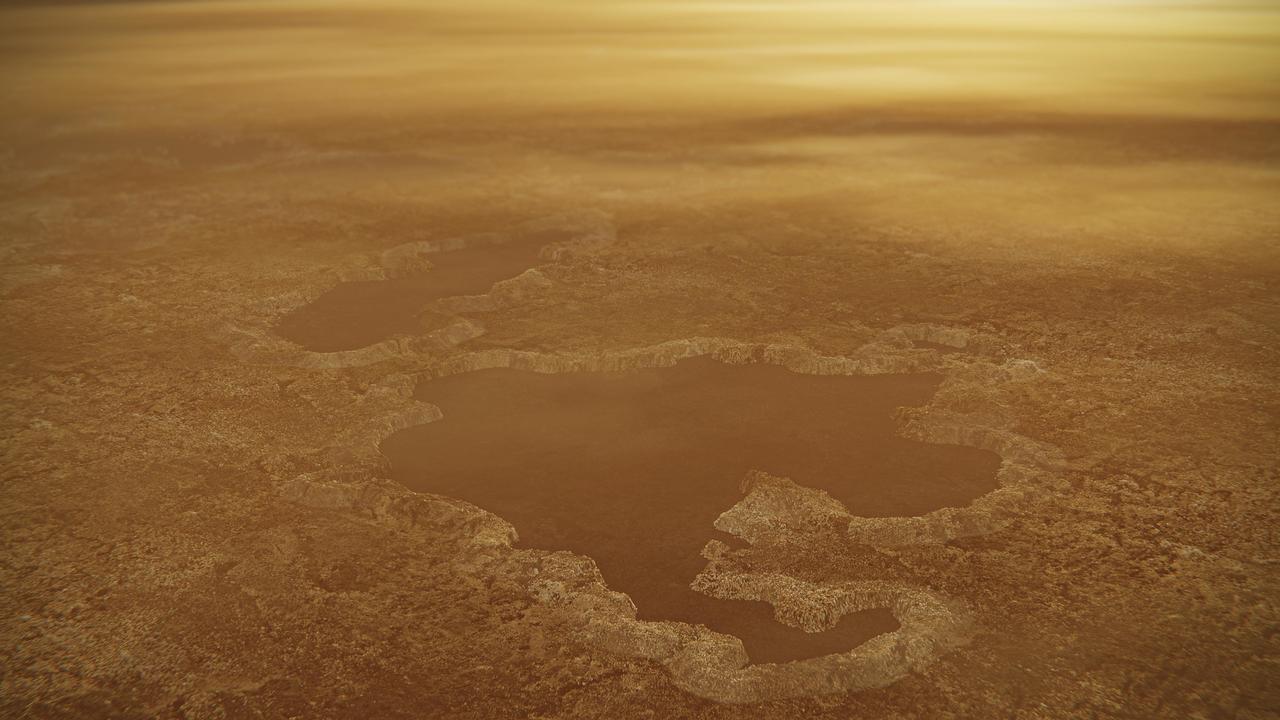