Our interest in the galaxy GSN 069 dates back to 2010 July 14 when relatively bright X-ray emission from its core was detected during an XMM-Newton slew - the manoeuvre that the XMM-Newton (XMM) observatory makes re-orientating from one target to the next. The galaxy had never been detected before at X-ray energies, and the X-ray flux level during the slew was a staggering 240 times brighter than that derived from ROSAT upper limits 16 years earlier. This led us triggering a series of Neil Gehrels Swift and XMM X-ray observations, as well as one optical spectroscopic exposure with the Anglo-Australian Telescope that revealed a Seyfert 2 nucleus, consistent with historical optical spectra. Until 2017, the data indicated that X-ray emission from the nucleus of GSN 069 was either the result of intermittent AGN activity, or had been triggered by a long-lived Tidal Disruption Event (TDE), as detailed in Miniutti et al. (2013) and Shu et al. (2018).

In the fall of 2017, we proposed for one further XMM observation, complemented with Hubble Space Telescope (HST) spectroscopy, with the goal of unveiling the nature of the source. The quasi-simultaneous XMM/HST observations were performed on 2018 December. When back at work from the Christmas break in 2019 January, I downloaded the XMM-Newton data and ran some preliminary data reduction and analysis. Looking at the X-ray image from the EPIC-pn detector, I was reassured to see that GSN 069 was well detected and hadn't faded away as is always possible in the case of a TDE. I then ran one of my standard scripts to produce X-ray source and background light curves, and … I almost fell off my chair!

Two bright X-ray flares with duration of just over one hour each and separated by about 9 hours were present in the X-ray light curve, as shown above. During flares, the count rate increase was by up to a factor of 100 (depending on energy). Nothing similar had been seen in AGNs before, and I knew by then that we had stumbled upon something new and exciting. Our perseverance in following the X-ray evolution of GSN 069 over the years had been rewarded with an unexpected, unprecedented variability pattern.

Together with collaborators Richard Saxton and Margherita Giustini, we speculated that the two very similar flares were more likely part of a series rather than being isolated. We then asked for an immediate DDT observation with XMM to search for recurrent - possibly periodic - behaviour. The XMM visibility window for GSN 069 was closing, and a 4 months sunblock period was looming ahead of us. We had to act fast and, thanks to the XMM team quick response (thank you!), the ~38 hours exposure we had asked for was taken on the last possible day before sunblock (January 16).

A few days later, around 10pm, Richard texted me "I had a quick look at the XMM light curve from the DDT observation of GSN. Curious ?". I obviously was, and his next text was a real boost: "Better than our wildest dreams !". The animation below shows the time evolution of the soft X-ray image of GSN 069 together with the corresponding X-ray light curve during that XMM observation. The quasi-periodic nature of the variability that we had suspected was confirmed. GSN 069 was still keeping the tempo after more than 3 weeks: X-ray Quasi-Periodic Eruptions (QPEs) had been discovered.

During the following few weeks we organized a DDT-based X-ray/radio campaign involving the Chandra X-ray observatory and the ATCA, VLA, and MeerKAT radio telescopes. Chandra data nicely confirmed that QPEs are a long-lived and relatively stable phenomenon with 3 new QPEs detected about 2 months after first discovery. The radio campaign showed no radio variability during QPEs, a crucial piece of information for the understanding and interpretation of this new phenomenon.

QPEs are associated with fast spectral transitions between cold (~50 eV) and warm (~120 eV) phases in the accretion flow. While the cold, quiescent phase is consistent with pure thermal emission from an accretion disc around a relatively low-mass accreting black hole (MBH ~ few x 105 solar mases), the warm phase is highly reminiscent of the so-called AGN soft X-ray excess, an almost universal thermal-like feature in the X-ray spectra of luminous AGN. This indicates that we are possibly witnessing the transient formation of the AGN soft excess in real time, and that QPE may be key for our understanding of its – still highly debated - origin and formation.

The discovery of QPEs in GSN 069 may also provide a framework within which to interpret the unfeasibly fast variability of the growing population of changing-look AGNs. These are objects in which high-amplitude optical-to-X-ray continuum rise (decay) is associated with the appearance (disappearance) of the optical broad emission lines. It is possible that these objects are in fact in the rising or decaying phase of QPEs, with longer timescales (months to years) associated with higher BH masses than in GSN 069.

If you are interested in our initial attempts to physically interpret the QPE phenomenon, or want more details on this work, check out the 'Read the paper' badge on top and read the full paper.

This really looks like the beginning of an exciting journey and we are already hunting for other QPE AGNs. Stay tuned.

I warmly thank Ari Laor for suggesting the acronym "QPE" as well as for his critical reading of the manuscript. 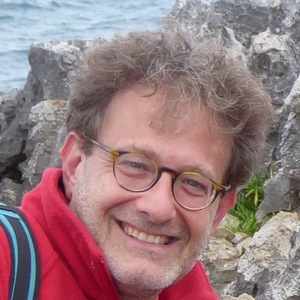