The neutron star interior equation of state — the way matter behaves deep within these extremely dense stellar remnants’ cores — is poorly understood, despite these objects having been directly detected more than 50 years ago. Radio millisecond pulsars (MSPs) comprise a subset of rapidly rotating neutron stars, and serve as ideal stellar laboratories for studying their supranuclear-density interiors. Myself and my colleagues in the North American Nanohertz Observatory for Gravitational Waves (NANOGrav) collaboration are reporting the measurement of the most massive neutron star observed to date in a Nature Astronomy publication entitled, “Relativistic Shapiro delay measurements of an extremely massive millisecond pulsar.”

MSPs, with their clock-like pulsation regularity and extremely stable rotation, are an ideal tool for fundamental physics research. Their stability enables pulsar timing, which involves accounting for every single pulse from a pulsar and modeling pulse times of arrival (TOAs) far into the future in order to detect deviations that may be caused by a variety of phenomena. For example, the NANOGrav pulsar timing array uses regular radio-frequency observations of more than 70 MSPs to look for correlated deviations in TOAs that might indicate the presence of nanohertz-frequency gravitational radiation from the merging of supermassive black holes.

After several years being observed as part of the NANOGrav pulsar timing program, the MSP J0740+6620 showed hints of a general relativistic effect called Shapiro delay. In the context of binary pulsar systems, Shapiro delay occurs when a pulsar passes behind its companion (usually a white dwarf) along our line of sight; the curvature of spacetime around the companion delays the pulse TOAs near superior conjunction. Measuring the extent of the delay facilitates the independent mass measurement of both the companion and pulsar, which is an otherwise difficult feat. By detecting more and more massive MSPs, we are able to put constraints on the neutron star equation of state, as each formulation of it dictates a mass at which the neutron star would collapse.

The Shapiro delay “hint” present in five years of NANOGrav observations of J0740+6620 resulted in a poorly constrained — but intriguing — mass measurement of 2.00 ± 0.20 solar masses. After all, the canonical 1.4-solar-mass neutron star model has only recently begun to be reconsidered (namely with the discovery of two ~2-solar-mass neutron stars by Demorest et al. in 2010 and Antoniadis et al. in 2013). We then wrote a proposal to observe J0740+6620 for six hours over orbital conjunction using the Green Bank radio telescope (GBT). This targeted observation, occurring in Fall 2018, greatly increased our sensitivity to Shapiro delay. The refined pulsar mass measurement was a tantalizing 2.18 ± 0.15 solar masses.

Unfortunately, we needed to further improve our constraint; our 7% relative error wasn’t quite compelling enough to warrant reformulations of the equation of state. We therefore conducted simulations of optimal observing strategies in order to request director’s discretionary time (a pool of telescope availability reserved for short-notice, high-impact observing programs) at the GBT. Our simulations convinced us that requesting 10 hours (five in the Shapiro delay response “minimum” and five more over conjunction — see Figure 1) would be suitable to significantly improve our margin of error. This second targeted campaign, when combined with the first conjunction observation and five years of non-orbital-phase-specific NANOGrav observations, allowed us to measure the mass of J0740+6620 to be 2.14 (+0.10, -0.09) solar masses. It is therefore very likely to be the most massive neutron star ever observed.

The measurement of a 2.14-solar-mass neutron star is in tension with many existing neutron star interior equation of state formulations, and serves as a step forward in the effort to untangle the behavior of matter within these exotic objects. We hope to use a multifaceted approach (such as observations with the Canadian Hydrogen Intensity Mapping Experiment, or CHIME, telescope and the Neutron Star Interior Composition Explorer X-ray telescope, NICER) to further refine our mass measurement (which CHIME can facilitate) and constrain the equation of state (which radius measurements from NICER could do). Until then, we’re excited to see how J0740+6620 will influence nuclear physicists’ conceptions of the elusive equation of state. 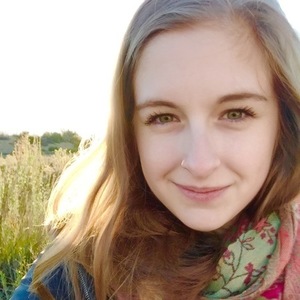