Chorus waves in the Earth’s space consist of two distinct frequency bands. By analyzing satellite data, and performing computer simulations, researchers at UCLA revealed the origin of the gap between the two chorus bands, which is a 50-year-old question.
Jinxing Li
Postdoc, University of California Los Angeles
Follow
Like Liked by Eva Amsen and 1 other
0

Chorus waves are crucial on radiation belt dynamics in the space of magnetized planets. Here, the authors show that initially excited single-band chorus waves can quickly accelerate medium energy electrons, and divide the anisotropic electrons into low and high energy components, which subsequently… 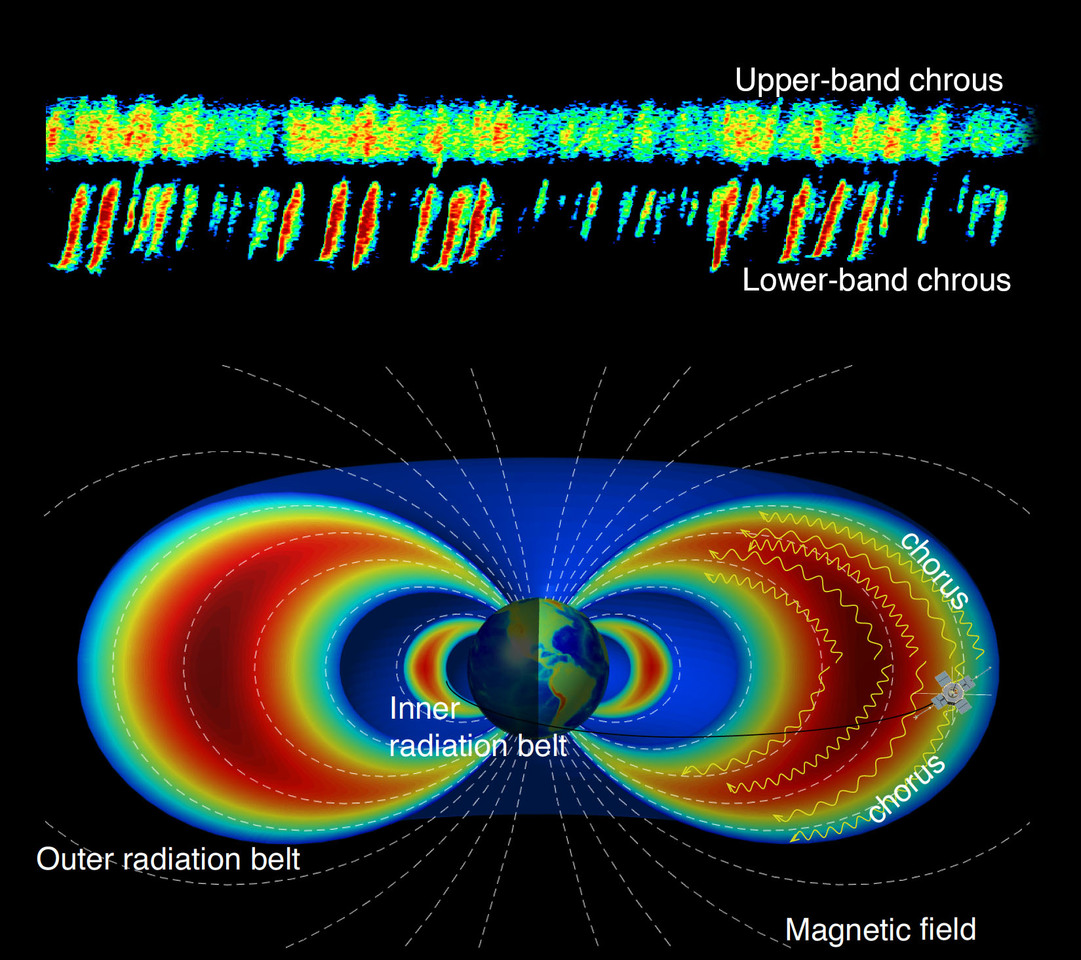