Humankind advances on its perpetual journey fuelled by the desire for discovery. Thus, human beings have crossed the oceans, climbed the highest mountains and even walked on the surface of the moon. Through science we have developed tools, technologies, devices and machines that allow us to keep pushing the frontiers of knowledge, even to the outer limits of space: but there are physical limits to where we can go.  Science fiction is a tool capable of taking us on interstellar voyages to “boldly go where no one has gone before” (Star Trek, Gene Roddenberry, 1966) through the power of imagination, but a walk on the sun or a Journey to the Centre of the Earth (Jules Verne, 1864) are impossible trips for our species. Therefore, in order to reach faraway places we must use our intellectual capacity through science, with tools like theory, robotics or simulations, combined with observational tools such as powerful telescopes like ALMA, to reveal the secrets of “space: the final frontier”.

The inner layers of the photosphere of an evolved star is one of many inhospitable places in the universe that we can neither visit nor "see", because these are made up of a homogeneous, dense atomic cloud which, unlike the outer layers, are not penetrated by UV radiation.  Thus, information of the chemical processes taking place there, at distances of around 1014 cm2 from the star, remains hidden to us. However, these regions are of fundamental importance as they can be regarded as cauldrons of chemical species, where dust and gas are ejected into space providing the building blocks of planets and the main ingredients required for the emergence of life.  Many species are first formed in this zone, where individual atoms evolve into nanosized dust particles and complex molecules.

So, we accepted the challenge of building a unique experimental machine based on ultra-high vacuum (UHV) technology to reproduce the physical conditions operating in the circumstellar envelope (CSE) in order to mimic, as much as possible, the chemistry that generates star-dust. In 2013, Pepe Cernicharo (radio-astronomy expert), Christine Joblin (laboratory astrophysics expert) and José Ángel Martin-Gago (expert in surface science and UHV technology) obtained funding from the European Research Council in the synergy program to finance the NANOCOSMOS project. They combined three teams with a multidisciplinary group of scientists to, firstly, define the most relevant conditions within the CSE and, secondly, use this information to build an experimental set-up that closely controls the physical parameters necessary to create these conditions.

After 4 years of dedicated work at the ICMM-CSIC, the result is the Stardust machine, Figure 1. Albeit on a slightly different scale, in appearance one might argue that it looks more like a starship built to explore the Jovian system (viz. 2001 A Space Odyssey, 1968), or a space freighter rescuing the last treasures of a moribund planet Earth (viz. Silent Running, 1972), than a sophisticated setup for generating star-dust analogues in the laboratory. Indeed, Rosa Montero, a renowned Spanish fiction writer and journalist, referred to Stardust as a stick-insect! (Read her article, in Spanish, here).

Fig.1. Was the “Stardust” machine inspired by interstellar travel? Compare the “Stardust” machine (centre), constructed in the ICMM-CSIC between 2015 and 2018, with the “XD-1 Discovery One” from the Stanley Kubrik movie 2001 A Space Odyssey, 1968 (upper) and the “Valley Forge” from the Douglas Trumbull movie, Silent Running, 1972 (lower), and make your own conclusions... Figure made by Gary Ellis.

But the fundamental distinction between these fantastic fictional craft, envisaged to travel in the hard vacuum of the interstellar medium (ISM), is that in Stardust the hard vacuum is on the inside, and lets us travel through a tiny part of the immensity of the universe captured, in miniature, in our own laboratory. This vision of cosmic dust formation and its voyage through Stardust was enthusiastically embodied in ESTRELLA, a comic series produced by ERC Comics.

Behind Stardust is the synergetic and interdisciplinary work of several young scientists, also captivated by this intellectual and technical challenge, who have dedicated their time to design, build and operate Stardust, see photo (Figure 2). Such an enterprise is hard and devoted work, where many technical difficulties needed to be addressed and resolved along the way, and is unfortunately poorly recognized in the present structure of science where fast publication is mandatory for promotion. “The work of these talented scientists has made Stardust a reality for the scientific community”, said Gary Ellis, one of the team leaders involved in the machine design and construction, “… and its modular design will provide the versatility to model other regions of the cosmos”. In this work, only 3 modules were required to model and characterise the dust nucleation zone. Last but not least, the patience and persistence of Marcelo Castellanos should be acknowledged. He is responsible for unravelling the complexities of the Spanish bureaucracy to acquire machine components and instruments and contracts for hiring the team members: often more complicated and challenging than the science when faced with administrative absurdities.

The work published in Nature Astronomy: “Prevalence of non-aromatic carbonaceous molecules in the inner regions of circumstellar envelopes” is our first work where we have rationally introduced into Stardust the two most abundant species in the nucleation zone of the CSE of a carbon rich red giant: Hydrogen and Carbon. The results we obtained may surprise the community, but we expect that these are just the first of a series of new findings as we introduce more atomic species into the “cosmic cauldron”. In future work, Stardust will continue following the journey of the dust through the ISM where the influence of interactions with gases and radiation and the formation of ice analogues will be studied. 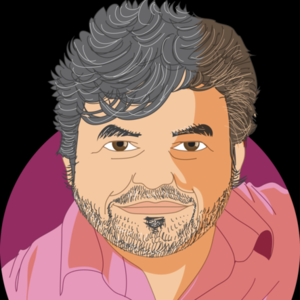