During the middle Ordovician the biodiversity among invertebrate animals began to increase, from very low levels to near modern levels in the late Ordovician 20 million years later. This biodiversity change may have been triggered by a major asteroid breakup event in the asteroid belt.
Birger Schmitz
Professor, Lund University
Follow
Like Liked by Ben Johnson and 1 other
0

An extraterrestrial trigger for the mid-Ordovician ice age: Dust from the breakup of the L-chondrite parent body

The disruption of a 150-km large asteroid filled the inner solar system with dust that cooled Earth and caused faunal turnovers.

The change in biodiversity is referred to as the Great Ordovician Biodiversification Event. The most popular explanation to this important change in the history of life has been that the warm Earth of the early Ordovician cooled and an ice age developed, leading to the biodiversification Now we have shown that the onset of this ice age coincides exactly with the largest documented asteroid breakup event in the asteroid belt during the past two billion years. Even today almost a third of all meteorites falling on Earth originate from the breakup of this 150 km asteroid between Jupiter and Mars. Following the collision enormous amounts of dust spread through the solar system. The blocking effect of the dust partly blocked sunlight from reaching the Earth and a peculiar ice age began. The climate changed from being more or less homogeneous to become divided into climate zones – from Arctic conditions at the poles to tropical conditions at the equator. The high diversity among invertebrates came as an adaptation to the new climate, triggered by the exploded asteroid.

The evidence for the coincidence of the asteroid breakup with onset of the ice age and biodiversification follows from detailed studies of petrified sea floor sediments of Ordovician age exposed at Kinnekulle in southern Sweden and Lynna River near St. Petersburg in Russia.

In a cooperation project with the owners and workers in a quarry at Kinnekulle where Ordovician limestone is sawed to e.g. floor plates, we have found more than 130 fossil meteorites 1-20 cm large. These meteorites represent more than 99% of all fossil meteorites known to science. A fossil meteorite is a meteorite that fell on Earth in the ancient past, became embedded in sea floor sediments and was preserved just like an animal fossil. We have shown that all the fossil meteorites found, expect one, were made up of the same type of material as the large asteroid that broke up in the asteroid belt at the time. One meteorite probably originates from the smaller body that hit the larger body. We know from the potassium-argon isotopic ages of recently fallen meteorites from the Ordovician asteroid breakup that the event took place 466 million years ago. The fossil meteorites in the quarry thus represent the material that was transported to Earth immediately after the breakup. We can determine from the high number of meteorites on the Ordovician sea floor that the flux of meteorites to Earth must have been orders of magnitude higher than today.

In our recent study we have studied the distribution of very fine-grained, micrometer-sized, dust in the sedimentary strata at Kinnekulle. This can be determined by measurements of extraterrestrial helium incorporated in the petrified Ordovician sea-floor sediments. On its way to Earth, the dust was enriched in helium when bombarded by the solar wind. Our helium isotopic results clearly show that enormous amounts of fine-grained dust reached Earth shortly after the breakup. We see in the geological record that soon after the dust arrives the sea-level shows a dramatic fall worldwide, reflecting that sea-water was transferred to continental areas at high-latitudes where large ice sheets formed. This result was completely unexpected – during the last 25 years we have leaned against very different hypotheses in terms of what happened. It wasn’t until we got the last helium measurements that everything fell into place.

Global warming continues as a consequence of carbon dioxide emissions and the temperature rise is greatest at high latitudes. According to the Intergovernmental Panel on Climate Change we are approaching a situation that is reminiscent of the conditions that prevailed prior to the asteroid breakup 466 million years ago. The last decades researchers have discussed different artificial methods to cool the Earth in case of a major climate catastrophe. Modelers have shown that it would be possible to place asteroids, much like satellites, in orbits around Earth in such a way that they continuously liberate fine dust and hence partly block the warming sunlight. Our result show for the first time that such dust at times has cooled Earth to a significant extent. Our studies can give a more detailed, empirical based understanding, of how this works and this in turn can be used to evaluate if model simulations are realistic. 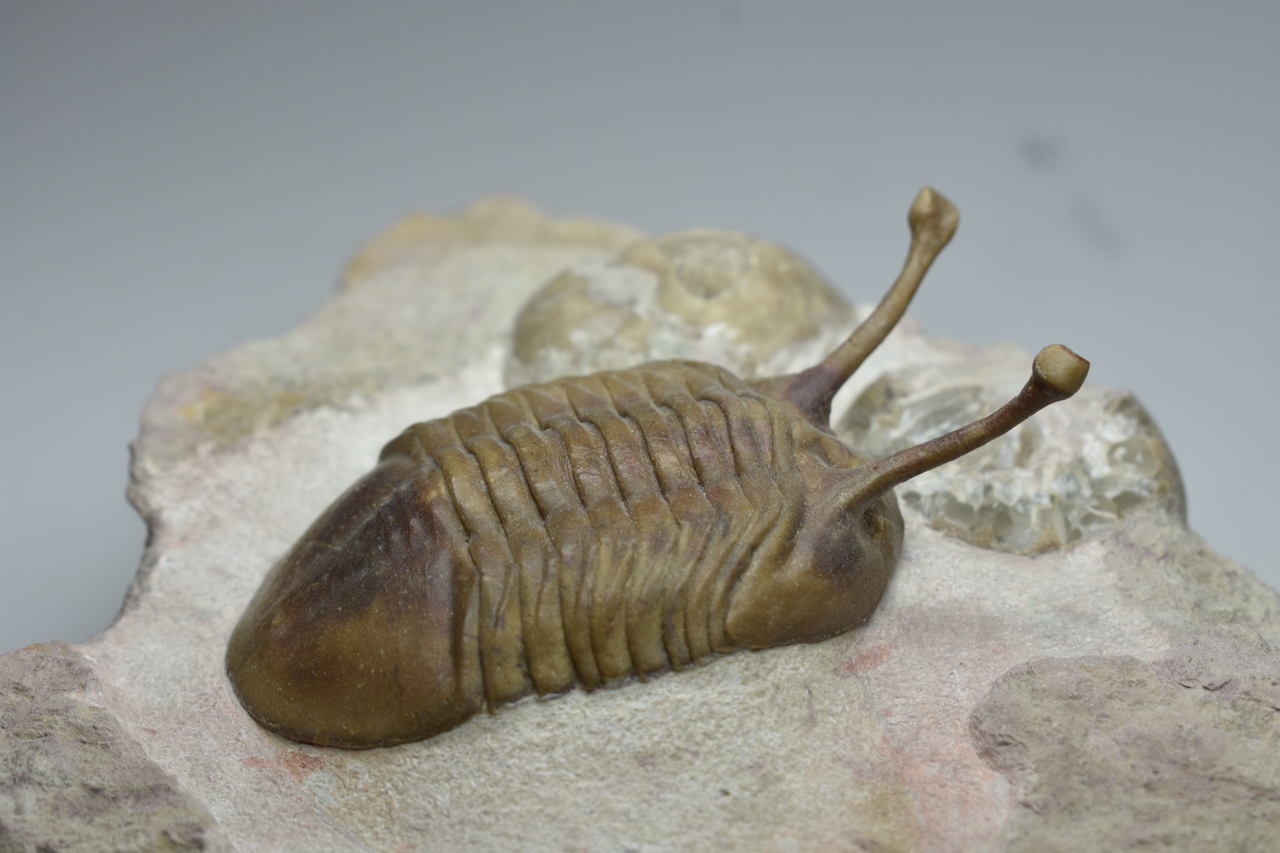 During the middle Ordovician the biodiversity among invertebrate animals began to increase, from very low levels to near modern levels in the late Ordovician 20 million years later. This biodiversity change may have been triggered by a major asteroid breakup event in the asteroid belt.