Dark matter might become captured inside of our solar system, bound to the Earth or to the Sun. If so, we may be closer to discovering dark matter than previously believed.

Dark matter constitutes the majority of the total mass of our Milky Way galaxy, 10x more than all the luminous matter (stars and gas) that we see in the night sky. Indirect observation suggests that dark matter exists here, right here, at the position of the Earth. It passes through our bodies every second; it is literally right under our noses. Yet, this mysterious substance has until now evaded detection by the world's most sensitive instruments.

Why is dark matter so difficult to find? For at least three reasons. First, we know any interactions it has with 'ordinary' matter must be exceedingly feeble; therefore any experimental search must be that much more sensitive to weak signals. Second, there are many models for the constituent particles that make up the dark matter; we simply don't know, yet, what their mass might be, what (feeble) interactions they might have, or what their cosmological history might have been. Thus we need different experiments to probe different sets of models.

Our research focuses on an interesting candidate called a relaxion, which interacts with ordinary matter in a way that is very similar to the Higgs boson. While the Higgs boson gives a constant mass to the electron, the relaxion field in our galaxy would oscillate and induce fluctuations in the electron's mass. This in turn modifies electron orbits and can be searched for in table-top experiments that measure, for example, the energy levels in atomic transitions. This is a unique and striking signal... but difficult to probe. The current reach of experiments is truly impressive; depending on the relaxion mass, current sensitivity allows searches for oscillations at the level of 1 part in 1019 (!). Yet, because the relaxion is so weakly coupled, these experiments have not been able to probe the model of relaxion dark matter.

...or, maybe they have? This brings me to the third reason that dark matter is so difficult to find. You see, the usual idea for dark matter in the galaxy is that it exists in a large spherical halo, which is dense in the center and less so outside. In this model, at our position in the galaxy (about 26,000 light years from the galactic center) the density is only 10-21 kg/m3, less than 0.000000000000000000001 of the density of water. So while dark matter is indeed here, right here, under the usual assumption it is extremely dilute. No wonder the signals are so weak!

In our work, we asked the question: what if this assumption isn't correct? What if in addition to the large-scale halo, relaxion dark matter can be captured inside of our solar system, bound to the large gravitational potential of the Earth or the Sun? These bound clumps, which we call relaxion halos, would have the structure of gravitational atoms, with the Earth or Sun acting as the nucleus. Just like ordinary atoms, the radius of the 'orbit' depends inversely on the mass of the relaxion, so the relaxion Earth halo and the relaxion solar halo actually can be searched for independently. The scenario is constrained by observations of the motion of planets, the moon, and satellites in low Earth orbit, but without violating any constraint it is possible that a large density of dark matter is bound in such objects, as much as 1010 times higher density than in the standard scenario.

If the relaxion Earth halo is larger than the Earth's radius, or if the relaxion solar halo is larger than 1 astronomical unit (AU), then terrestrial experiments will find themselves inside of a relaxion halo. The experimental signal would then see a huge enhancement relative the usual assumption of dilute background dark matter. This scenario, if it is realized in our solar system, implies that current and near-future atomic physics experiments will soon either discover relaxion dark matter, or rule it out over a wide range of parameters.

This scenario may not be as wild as it sounds at first. We are investigating mechanisms for the formation of relaxion halos, both in the context of ordinary gravitational relaxation (which is known to produce the free-floating clumps of relaxion known as boson stars), and also through new dissipation mechanisms. Also, importantly, such halos could exist for other similar dark matter candidates, like axions and axion-like particles, modifying the sensitivity of many other experimental searches. If we do indeed live inside of a relaxion halo, we may be closer to discovering dark matter than we thought! 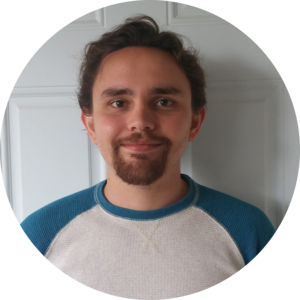