This work did not start out as planet formation. In that field, we were just having some trouble to grow dust beyond mm-size as collisions no longer result in growth. Under conditions of protoplanetary disks, simulated in the laboratory, mm-grains were just entering a phase were they bounced off each other - being one of many barriers on the way up to planets.  Having nothing of this in mind, the story started years ago while working on experiments to simulate gas flow through Martian soil. For that, we used hollow glas particles as tracers. The grains were placed on an acoustic actuator, whose vibrations were supposed to eject grains into the flow. And while some particles did what they should, most of them just happily continued hopping up and down on the actuator. This might not be so much of a surprise as it is what agitated grains do - would it not have been under microgravity of the drop tower. The figure shows the drop tower in Bremen, who is somewhat higher than 100 m and shows an experiment capsule. Anyway, grains should have left for good after being kicked once by the actuator but they didn’t.

Electrostatic forces are always a good guess in such situations and charging, in principle, seemed reasonable. It’s the most natural thing if particles collide. Just think of lightning generation in thunderstorms. But asking for a deeper explanation, the literature gets astonishingly sparse. Much work is about grains of different composition getting in contact - easy to accept charging then. Also, differences in grain sizes are often introducing a non-symmetric situation - e.g. responsible for thunderstorms. However, the tracers we used were as identical as they could be - just one size of spherical grains of the same composition. So why do identical grains charge at all in a collision? What decides that negative or positive charge is transferred from one particle to the next and not the other way round if the situation is so symmetric? We still only have crude ideas on this. However, here comes planet formation.

Up to the “bouncing barrier” grains grow by hit-and-stick and charging is not important. Now that they stop growing and bounce all the time, this changes. If collisions charge the grains, should they not enter a new growth phase? A subtle but important detail in this context is that in a thunderstorm small negative particles are separated from large positive grains by sedimentation, creating large scale electrical fields. The grains of each of these same sign charge fractions will then always repel each other. But here, we are suddenly faced with identical grains which magically charge both ways, not being separated. A cloud of these grains will consist of highly charged individual grains but overall, the cloud remains neutral. And this way, in a simplified view, one might just build ionic crystal-like particle aggregates. These are bound together much stronger than only by van-der-Waals forces.

From here on, we carried out systematic experiments and numerical simulations finding that we indeed can grow to several cm this way, maybe larger - open to future research. Growing to this size, collisional growth might now more easily hand over to other mechanisms at work in protoplanetary disks like the streaming instability or other ways of particle concentration. 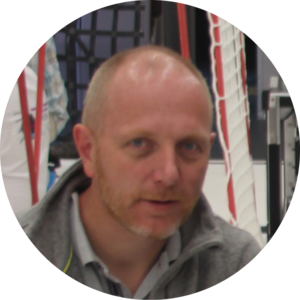