The majority of stars in the Nuclear stellar disc formed in the early days of the Milky Way. After a long quiescence period, a secondary burst around one billion years ago formed ~5% of its total mass, originating the explosion of more than a hundred thousand supernovae in a very short time scale.

The Galactic centre (GC) is a unique laboratory to study astrophysical phenomena under extreme conditions. It hosts a supermassive black hole in its heart and is characterised by the highest stellar densities in the whole Galaxy. Moreover, it is the closest galaxy nucleus (∼8 kpc from Earth) and the only one where we can study individual stars with high angular resolution. Astronomers have struggled for years to get a grip on its overall properties, in particular its star formation history, which had to be inferred previously from imaging or spectroscopic data for very small fields.

The study that we present is part of the massive effort carried out with the GALACTICNUCLEUS survey to gain some insight and better understand the stellar population and structure of the innermost regions of the Milky Way. The GALACTICNUCLEUS survey is a high angular resolution near infrared photometric catalogue designed specially to overcome the high crowding and extreme extinction towards the central regions of our Galaxy. The achieved images significantly improve the state-of-the-art since we reach around two orders of magnitude deeper than any existing surveys.

Thanks to the accurate photometry in J, H, and Ks, we have been able to use the colour-magnitude diagrams (CMDs) to analyse the stars at the GC. My PhD. advisor, Rainer Schödel and I, started analysing the CMDs of the inner regions of the survey more than a year ago. In particular, we looked at the red clump (RC) feature of the diagrams. RC stars are He-burning stars whose brightness allow us to estimate properties like stellar ages or metallicities. I remember when I saw for the first time a double RC sequence in the data that we did not expected at the beginning. In parallel, we also observed another double RC feature in the CMD of a region corresponding to the inner Galactic bulge. In spite of apparently being quite similar, the magnitude distance between the features and also the relative number of stars were different. We started a fight against extinction and degeneracies to disentangle the origin of the features and their implications on the star formation history of the analysed regions.

The combined effort of the Galactic Centre group at the IAA-CSIC (Granada) and our collaborators ended up in two papers to characterise, firstly, the stellar population in the inner bulge and, secondly, the star formation history of the nuclear stellar disk. The first step was to analyse the inner bulge region, since its stellar population was supposed to be less complex. We designed a method based on the fit of theoretical luminosity functions. We noticed that the secondary RC feature was, actually, the red giant branch bump (RGBB). This is a secondary feature that appears in the CMD for evolved stellar populations and that gives a lot of information on some of their main properties as the age.

For the second study, the one presented in the Nature Astronomy paper, the situation was far more complex. The star formation history was assumed to be quasi-constant/quasi-continuous, implying a much more complex scenario for the analysis of the luminosity functions. Moreover, the high degeneracies involved represented a great challenge. One of the happiest days during all this process was when I simulated different star formation scenarios considering the uncertainties of the real data and noticed that, within the uncertainties, our method was able to distinguish between different scenarios. From that moment on, it was clear to us that thanks to the outstanding quality of the GALACTICNUCLEUS survey, our method to reconstruct the star formation history was appropriated.

Once the method worked properly, we needed to test all the possible scenarios to be sure  that we could constrain the star formation history. It took us several months of fighting against the parameter space, but in the end we checked that the results were consistent. After a year and a half of hard work, we finally got the paper accepted. Nevertheless, this is not the end of the way. In spite of it, our results have implications on the history of the Milky Way’s bar, the supermassive black hole in the centre of the Galaxy (Srg A*), and on the origin of the Fermin Bubbles. Moreover, it changes the largely accepted paradigm of quasi-constant/quasi-continuous star formation history in the GC. We found a long quiescence period of several billion years that was not expected at all and a great star formation event that might arguably have been one of the most energetic episodes in the whole history of our Galaxy. In particular, the Milky Way may have driven intense outflows due to this outstanding star formation burst giving it an appearance similar to M82.

Now it is time to test the implications of our results and to go a step forward analysing the star formation history also from spectroscopic data and in larger regions of the GC. Understanding the relation between the GC and the Galaxy as a whole will help us to have a better view of the Milky Way in the context of galaxy evolution. The GC is becoming even a more interesting place where, apparently, the star formation takes place in bursts. 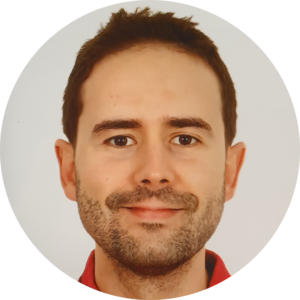