Inspired by Wassily Kandinsky’s abstract art, we take apart this exoplanet system and its scientific field, deconstructing it into its basic elements...
Maximilian N. Guenther
Torres Postdoctral Fellow, Massachusetts Institute of Technology
Follow
Like Liked by Ruth Milne and 1 other
5

The exoworlds of TOI-270 seen with an artistic eye. Inspired by Wassily Kandinsky’s abstract art, we take apart this exoplanet system and its scientific field, deconstructing it into its basic elements. The top left shows a comparison of the masses and colours of our Sun versus the red dwarf star TOI-270. The star is transited by three exoplanets, named TOI-270 b (brown), c (blue) and d (pink). The artistic view speculates about atmospheres on the outer two planets. The outermost planet resides in a temperate zone (light green), inwards of the habitable zone (dark green), yet is not habitable. The sinusoidal waves illustrate the transit timing variations created by the gravitational interaction between the planets, all orbiting very close to one another and near resonance. These dynamical interactions will soon allow to measure the planets' masses. The prism and rainbow illustrate the radial velocity method, which in the near future will determine the masses of the planets independently and complementary. The lower right illustrates the TESS pixel level data, where the system is seen as a white pixel, spreading its light across the nearby pixels. Finally, the lower right shows a top-down view on the planets' orbit around their red dwarf star. One can only speculate how other worlds, such as TOI-270, look up close. Hence, this piece allows the viewer to connect all scientific and artistic elements with curiosity, imagination and freedom of interpretation.

Maximilian N. Guenther
Torres Postdoctral Fellow, Massachusetts Institute of Technology
Follow
I am an astrophysicist hunting for new exoplanets. Since 2018, I am a Torres Fellow at the Massachusetts Institute of Technology (MIT), working with the Transiting Exoplanet Survey Satellite (TESS) team. Whenever I am not searching for new worlds, I enjoy travelling, the outdoors (scuba diving, rock climbing and hiking), and exploring our own Earth.

I LOVE this! What a creative way to communicate your science :)

Maximilian N. Guenther
about 3 years ago

Of course, we would be very happy to! :)
Please could you tag our twitter (@M_N_Guenther) and instagram (@jeka_santi) handles?

Great, thanks! We will let you know once it's posted :)

Gallery, About the Community 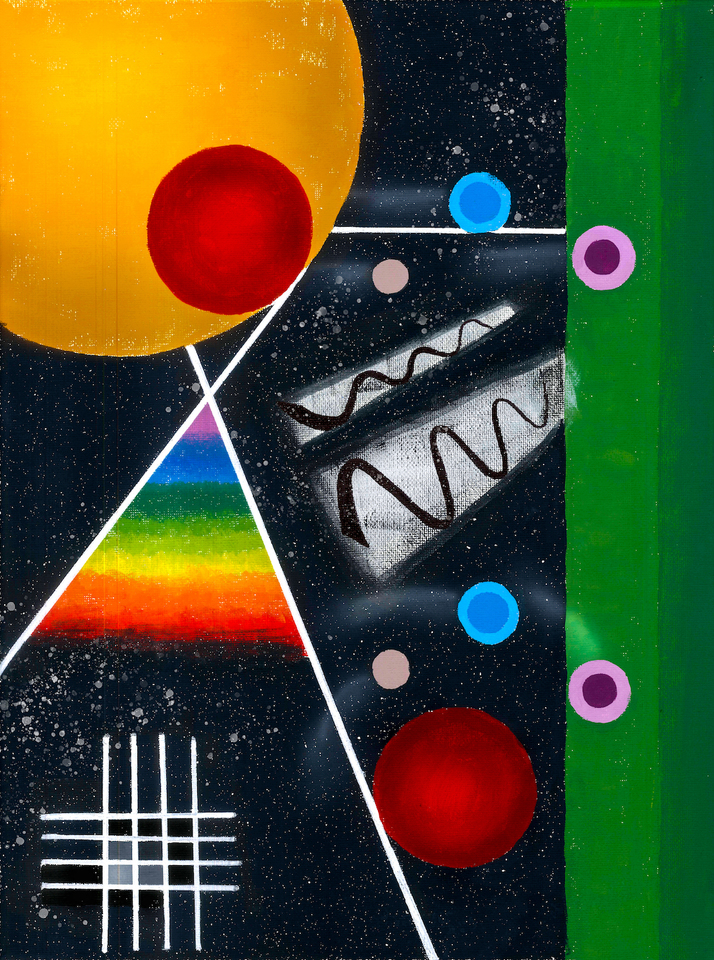 Inspired by Wassily Kandinsky’s abstract art, we take apart this exoplanet system and its scientific field, deconstructing it into its basic elements...