The first known interstellar object ‘Oumuamua is absolutely different from anything else in the Solar System. Our latest study shows that all of its unusual characteristics can be explained by a coherent, physical scenario-No Aliens Needed!
Yun Zhang
Postdoctoral researcher, Observatoire de la Côte d'Azur
Follow
Like Liked by Ruth Milne and 4 others
1

Tidal fragmentation of a planetary body that orbited too close to its star can explain all the peculiar characteristics of the interstellar visitor ’Oumuamua, a formation model shows. Kilometre-sized comets, super-Earths and sub-Neptune exoplanets around subsolar stars or white dwarfs are the most p… 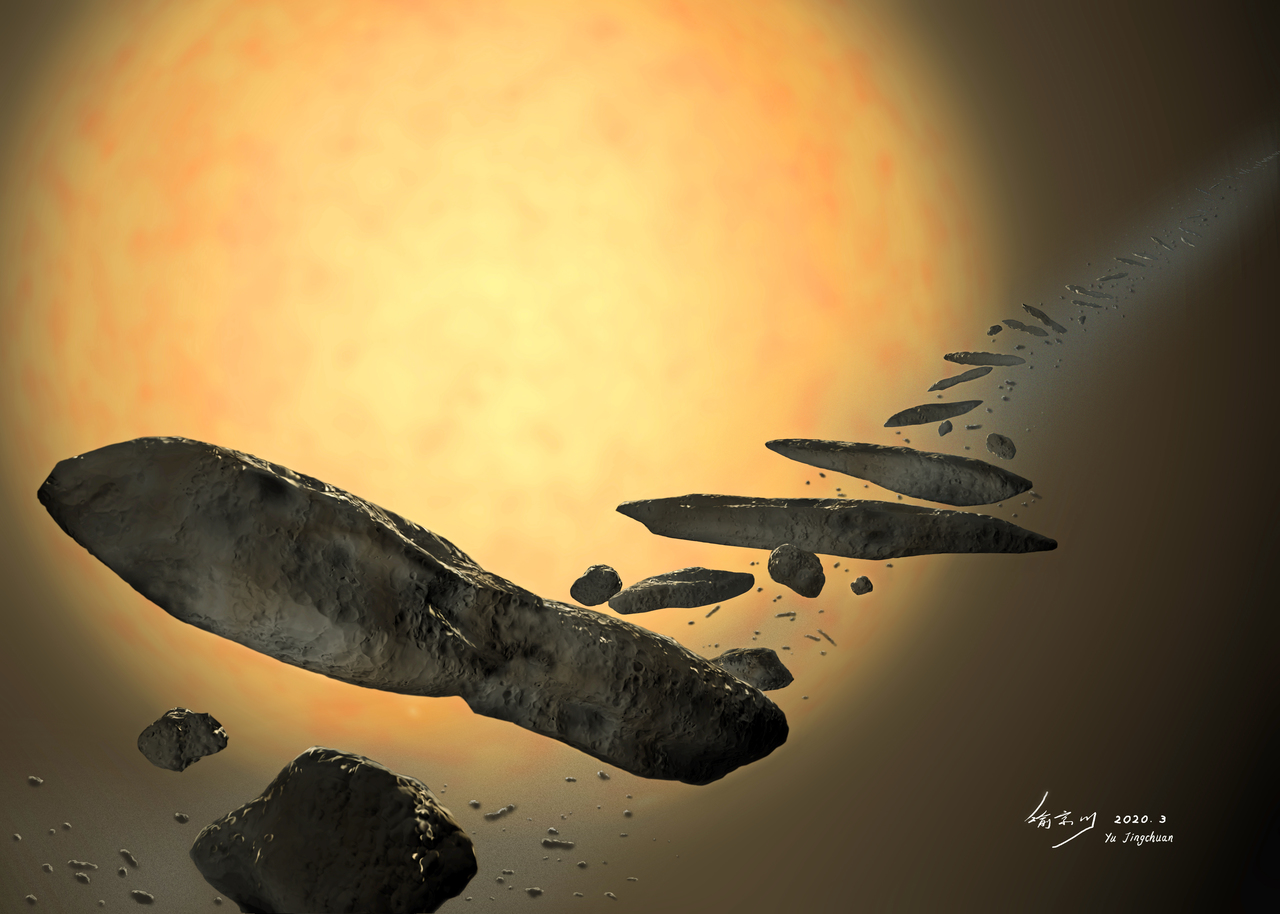