Light echoes from accreting supermassive black holes allow us track material as it nears the event horizon. By mapping the changing spatial extent of the X-ray emission components over the course of a deep observation we are able to constrain black hole mass and spin.

Understanding many astrophysical processes relies on precise measurements of the two constrainable properties of black holes: their mass and spin. Crucial to measuring these quantities in accreting systems is a detailed understanding of the spatial extent of the hot gas located deep in the potential well of the hole. In our recent letter, we develop an X-ray reverberation mapping method to spatially map the emission components in the central 10s of Rg around a nearby supermassive black hole (where Rg = GM/c2). When applied to a long X-ray observation on a nearby and highly-variable X-ray source, IRAS 13224-3809, we show how this method can produce independent spin and mass estimates with 10% statistical uncertainty.

Given that we are unable to directly spatially resolve most accreting black hole systems, we typically have to rely on indirect methods to infer these properties. The recent Event Horizon Telescope (EHT) image was a gargantuan step forward in understanding these systems. However, this technique can only be applied to the nearest two supermassive black holes. Traditional methods typically rely on using properties of the atomic emission lines as tracers of the gas located in the nearby vicinity of the hole (e.g. the optical reverberation mass mapping method applied to the broad line region gas at several light days from the central object).

The location of the inner accretion disc edge is sensitive to the black hole spin: for a maximally rotating black hole the last innermost stable circular orbit (ISCO) moves closer to the event horizon. One of the most successful methods for measuring spin is the X-ray reflection continuum method. Here, the intrinsic X-ray emission from a 109 Kelvin electron plasma (the corona) illuminates the cooler (105 K) gas in the accretion disc. This emission is subsequently reprocessed before being remitted and directed toward the observer as a reflection spectrum. This includes many fluorescent emission lines below 1 keV and of particular note the 6.4 keV Fe Kα line. As these lines are produced deep in the gravitational potential well, the effects of general relativity are imprinted in these lines. If we measure the line distortion it is possible to measure the geometry of the accreting material; measure the geometry and we can measure the spin.

However, traditional methods for measuring spin provide estimates in scale units of Rg, as no physical scale length of the system is known. X-ray reverberation indirectly infers the geometry and size scale of the black-hole – accretion disc – corona system by measuring the path length between the radiation from the corona to the disc. This is analogous to the way someone speaking will sound differently in different rooms – the frequency dependent echo, or reverberation, is different when someone is speaking in a classroom compared to a cathedral. By measuring the subtle reverberation echoes in the X-ray light curves, we can infer the geometry of the accretion flow around the black hole; measure the geometry and we can now measure mass and spin.

The animation below shows a toy model of X-ray reverberation. The basic idea is that a quasi-instantaneous flare of emission from the corona at height, h, illuminates the accretion disc, which extends down to the ISCO. This emission subsequently gets reprocessed and reflected from the disc with a certain time delay given by the geometry of the system; the path length between the corona and inner disc edge sets the observed reverberation timescale.

The reverberation response of the neutral Kα line around maximally rotating Kerr black hole and non-rotating Schwarzschild black hole is compared in this animation.  The left panels show the development of the light echo as seen by a distant observer as the illumination advances across the disc, with the black hole horizon is shown in white. The colouring shows the energy distortion of the intrinsically narrow spectral line at 6.4 keV which illustrates the relativistic shift of the photon energy due to general and special relativistic effects near the black hole.

The middle panels represent the time dependence of the neutral Kα spectral response. The right panels depict the expected light curves (top) and evolving energy spectra (bottom). The light curves show the disc response in a given energy band which is transformed into the Fourier domain to get the transfer function of the reverberation process.

With dedicated X-ray observations on individual sources we can measure the Fourier phase (time) delays between different energy bands. Observations with a baseline of typically 500 ks have previously been modelled with the fully relativistic transfer functions to determine the black hole mass, spin and other interesting properties of the accretion flow. However, degeneracies remain when modelling these observations. For example, the same physical path length (reverberation timescale) can be due to a larger separation (in terms of Rg) of the corona from the disc, or by simply having a larger black hole mass.

In 2016 we were awarded a 1.5 Ms XMM-Newton observation on the nearby Seyfert galaxy, IRAS 13224-3809. This is one of the most variable X-ray sources on the sky. Combined with an existing 500 ks archival data, this provided a 2 Ms data set in order to apply the X-ray reverberation method. What we were able to do for the first time is track how the reverberation signal evolved over this extended baseline. We discovered that the X-ray corona increases in size as its luminosity increases, analogous to the cathedral roof changing in height. This extra path length corresponds to the first zero crossing moving to lower temporal frequencies in the reverberation delays, as is shown in Figure 1 in the paper. As we know the black hole mass and spin can’t change on this timescale, the joint modelling removes the inherent degeneracy between mass and coronal height. The modelling finds a 2 million solar mass black hole with close to maximal spin – consistent with estimates from traditional methods.

We obtain a black hole mass estimate with a ~10% statistical uncertainty, which is comparable to the current best optical methods. However, high rate accretion sources like IRAS 13224-3809 typically have extremely low optical variability, meaning the optical reverberation mass mapping method cannot be applied in these cases. Our result demonstrates how X-ray reverberation will be a powerful method for testing general relativity and understanding black hole growth on cosmological timescales. This offers a complementary perspective to the very-low accretion rate sources achievable with the EHT, and the merger route to black hole growth which can be probed with gravitational wave experiments.

X-ray reverberation could already be applied to the nearest ~100 accreting supermassive black holes given enough time with existing instruments. This number will significantly increase when ESA’s Athena satellite is launched in the early 2030s. The ability to measure the mass and spin of a large sample of super-massive black holes will be transformational to both our understanding of black hole growth and general relativity. 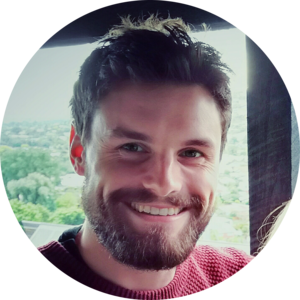