Since the 1940s, it has been speculated that interstellar methane ice is primarily formed by the hydrogenation of carbon atoms in water-rich ices. By testing this in the experimental laboratory, we are able to confirm that this chemical reaction pathway can, in fact, take place.
Danna Qasim
PhD Candidate, Leiden Observatory
Follow
Like Liked by Ruth Milne and 4 others
0

Methane ice has been presumed to form via the sequential hydrogenation of carbon atoms on dust grains for many years, but now Qasim et al. have performed the experiment, with and without the presence of water. Methane forms more rapidly in the polar ice phase.

My PhD advisor goes: “Ok, this sounds promising. Looks like we are going to carry-on with this project.” I remember I immediately had that deer in the headlights look, and my colleague across from me was trying not to noticeably laugh at my sudden reaction.

The three of us were having dinner with our collaborator from Germany after a long day of discussing the possibilities and obstacles of integrating an atomic carbon source into our current experimental setup, SURFRESIDE. From the perspective of a new PhD student, the road ahead for this project looked like mission impossible. Atomic carbon can short-circuit electronics, sticks basically to anything at room temperature, and is overall a pollutant you don’t want around expensive and delicate equipment!

I wouldn’t be able to instantly integrate the source into our working experimental setup, SURFRESIDE. That would be a sure way to destroy it after it had been running successfully for 10 years. I would need to test it beforehand, which meant building an entirely new setup that takes into account the vacuum environment and dimensions of SURFRESIDE. If the setup survived the initial tests, then the next step would be to perform initial calibrations of the source. After that, we would hope to see some chemistry, which would then bring us to the next level of calibrations. And so on…and so on…

Keep in mind – my graduate program expects their students to publish at least 4 peer reviewed papers in 4 years, in which 3 of them must be first author.

With the integration of the atomic carbon source into SURFRESIDE, we are as close as it gets to simulating the initial formation of molecules onto dust grains as would be in interstellar molecular clouds – through the accretion of atoms such as C, H/D, N, and O.  With this new capability, our first target was to form one of the most abundant and simplest molecules to be detected in interstellar ices: methane (CH4).

In an article in Nature Astronomy, myself, Dr. Gleb Fedoseev, and co-authors showed two major highlights: 1) Methane ice can indeed be formed by the hydrogenation of atomic C, as predicted by observational studies and astrochemical models. 2) Methane is successfully formed in a H2O-rich ice, also predicted by observational and modelling efforts. These findings are important, as the majority of interstellar methane is expected to be formed in H2O-rich ices starting from the accretion of atoms, with however no experimental proof of this.

Qualitative and quantitative results are presented, which can now be used in astrochemical models to more accurately trace the formation and abundance of methane ice. As methane is best observed with space-based observatories, the timing of this study falls in line with the timing of the launch of the James Webb Space Telescope – a space telescope with high sensitivity in the mid-IR that will be the most promising facility to date to detect methane ice in quiescent molecular clouds.

Now that methane has been tackled, we are moving on to bigger molecules – namely complex organic molecules (COMs). These are molecules composed of ≥ 6 atoms and contain C and H. A hot topic in astrochemistry, COMs have been created in numerous laboratory experiments primarily through the recombination of radicals that contain C. Now, we can study COM formation starting from C, H/D, O, and N atoms, which takes us into a whole new dimension into how the first complex organics were formed.

Danna Qasim
PhD Candidate, Leiden Observatory
Follow
I am currently (February 2020) a PhD student at Leiden Observatory specializing in solid-state laboratory astrochemistry. In the near future, I will be joining the Astrochemistry Laboratory at NASA GSFC as a postdoctoral researcher. For as long as I can remember, my dream has been to study the chemical makeup of our universe. 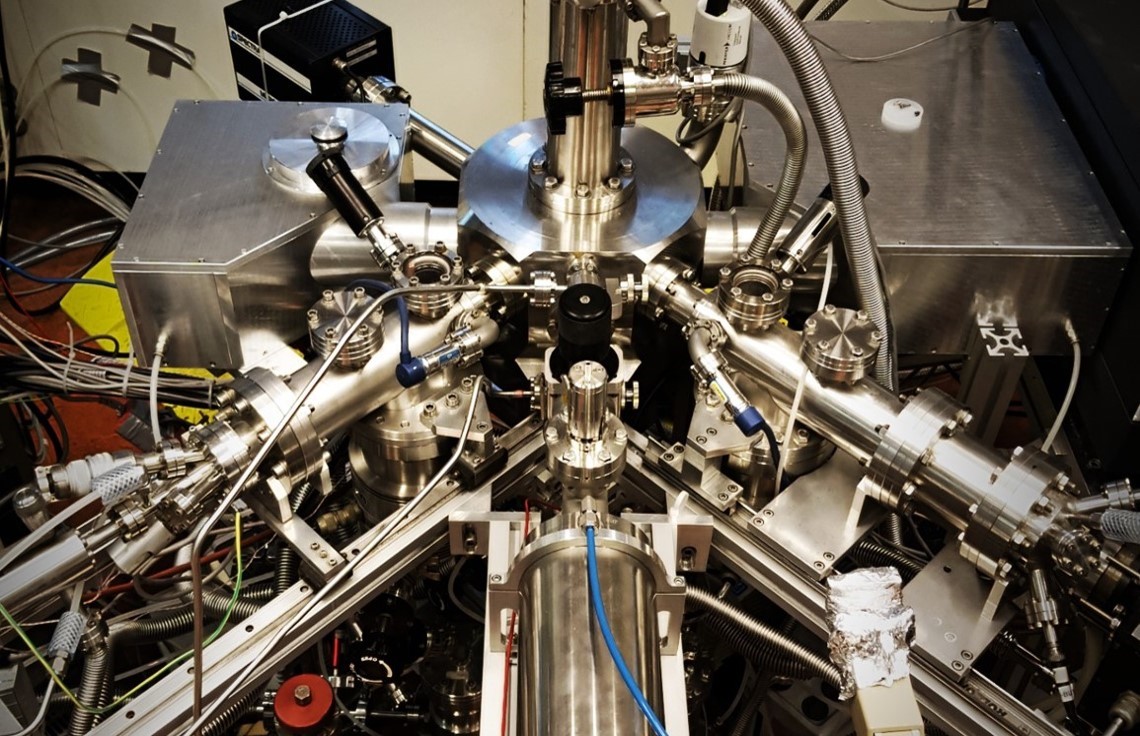 Since the 1940s, it has been speculated that interstellar methane ice is primarily formed by the hydrogenation of carbon atoms in water-rich ices. By testing this in the experimental laboratory, we are able to confirm that this chemical reaction pathway can, in fact, take place.